During the KADOKAWA Light Novel EXPO 2020 event, a new promotional video was revealed for the animated adaptation of the light novels written by Asato Asato and illustrated by Shirabi, 86: Eighty-Six. The video confirms that the series has dated its premiere in Japan for next April 10.

The press release also revealed a new promotional image for this animation project. 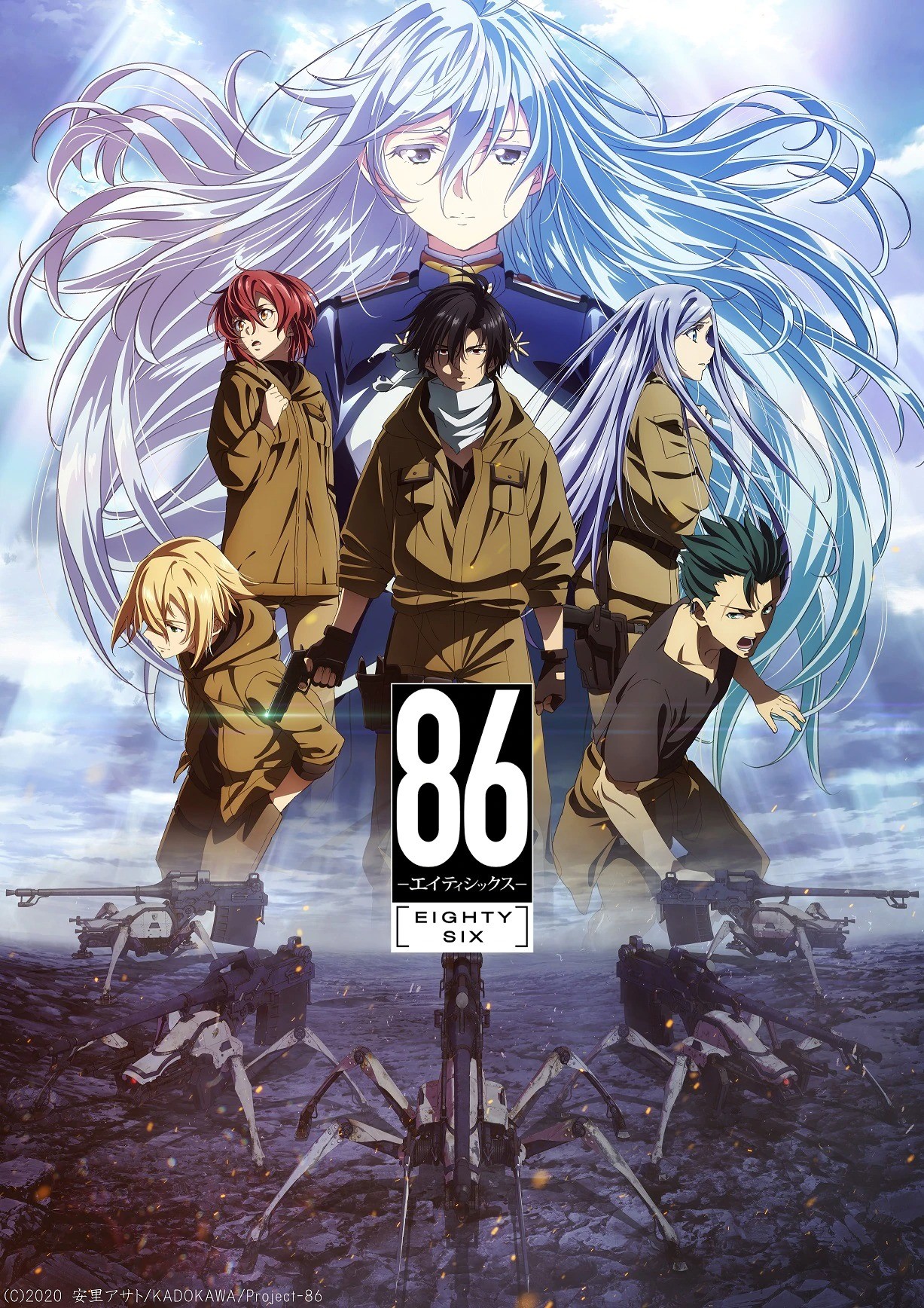 For its part, Asato Asato began publishing the light novels in April 2017 through Kadokawa’s Dengeki Bunko publishing house. Shirabi (Musaigen no Phantom World) and artist I-IV (Aldnoah.Zero, Re: Creators) were in charge of the illustrations. The eighth volume was published on May 9.

The Republic of Saint Magnolia.

This country has long been under siege by its neighbor, the Giadian Empire, which created a series of unmanned drones called the Legion. After years of painstaking research, the Republic finally developed its own autonomous drones, turning the one-sided fight into a casualtyless war – or at least, that’s what the government claims.

In truth, there is no bloodless war. Beyond the walls that protect the eighty-five territories of the Republic is the “nonexistent” “Eighty-Six Sector”. The young men and women of this forsaken land are branded as “The Eighty-Six” and, stripped of their humanity, lead the “unmanned” weapons into battle …

Shinn directs the actions of a detachment of Eighty-Six youths on the battlefield. Lena is a “manipulator” who commands the detachment from the remote rear with the help of special communication. The farewell story of the severe and sad fight of these two begins!