The distribution information for the Blu-ray / DVD compiled volumes was revealed on the official site for Pierrot Studios’ original anime Akudama Drive. This information confirmed that the project will have twelve episodes. 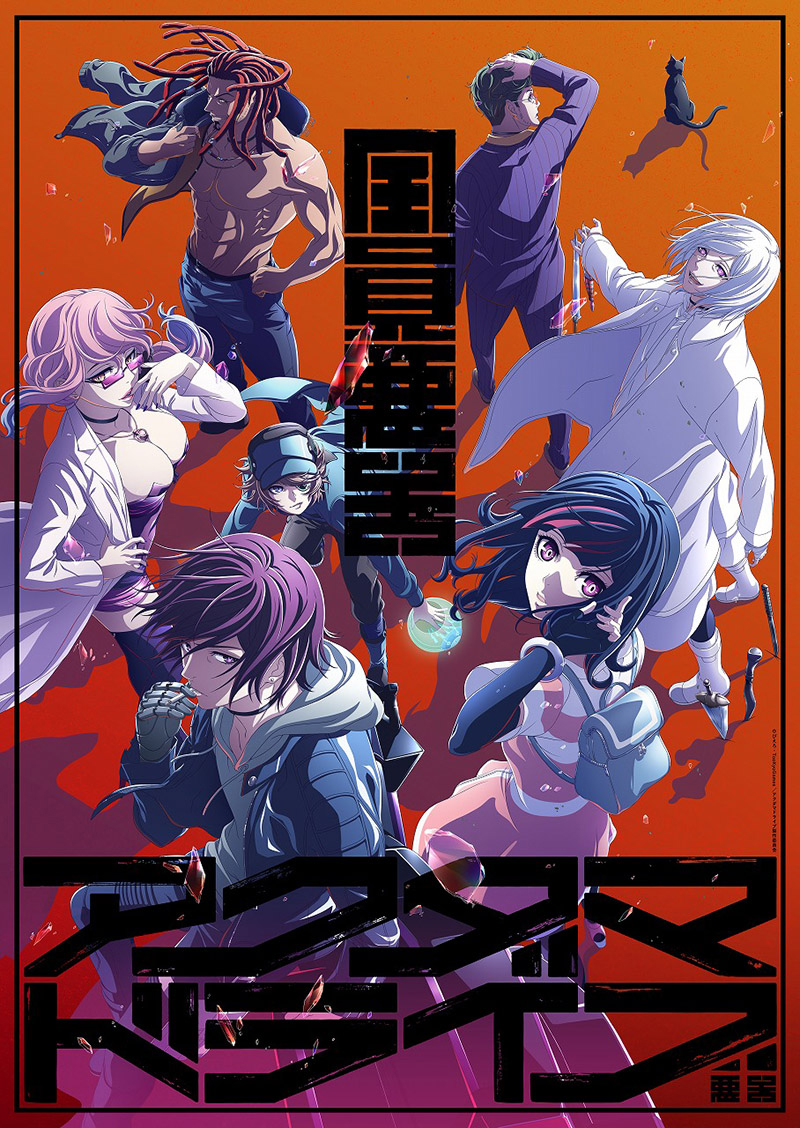 The series has its premiere dated October 8 in Japan. In fact, the series was originally scheduled to premiere in July this year, however this was postponed due to the effects of the COVID-19 pandemic on production.

Pierrot and Too Kyo Games studios are credited for the original idea.
Kazutaka Kodaka (Danganronpa franchise) is credited with the original story.
Tomohiro Taguchi (Kino no Tabi, Sousei no Omyouji) is directing the anime at Studio Pierrot.
Norimitsu Kaihou (Danganronpa 3: The End of Kibougamine Gakuen: Mirai Hen, Gakkou Gurashi!) Is in charge of writing and supervising the scripts.
Cindy H. Yamauchi is adapting Rui Komatsuzaki’s original character designs for animation.
Aida Shigekazu is in charge of the composition of the soundtrack.

In this story, long ago the Kanto and Kansei regions had a war that divided the world. But at the end of the war, Kansei lost and swore allegiance to Kanto. However, the Kansei government and police force did not accept defeat and crime dominated the region. These criminals are known as “Akudama” …

WhatsApp: What does the pilot emoji mean?