In this year’s 15th issue of Weekly Shonen Champion magazine, it was revealed that Amatsuki will perform the ending theme song for the second season of the Mairimashita! Anime. Iruma-kun (Welcome to Demon School! Iruma-kun), with the single titled “Kokoro Show Time”. 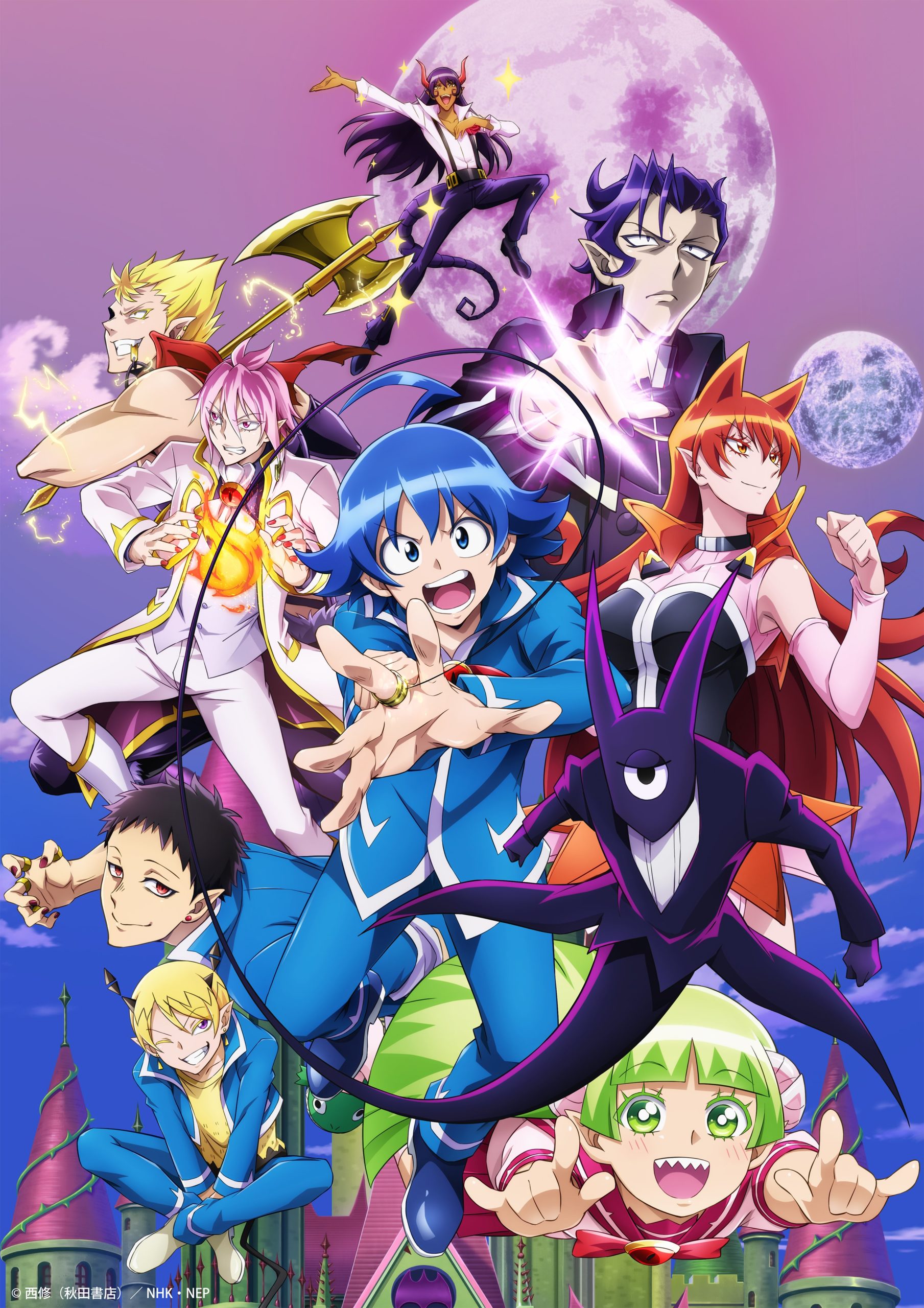 The series has its premiere scheduled for April 17 in Japan and is confirmed with a total of 21 episodes, while the first season of 23 episodes aired in October 2019. For his part, Osamu Nishi publishes the manga in the Akita Shoten publisher’s Weekly Shonen Champion magazine since March 2017, the work recently reached 5 million copies in circulation.

See also  The Jahy-sama wa Kujikenai! will have anime adaptation

The story follows Iruma Suzuki, a 14-year-old boy who is sold to a demon by his parents. The demon, known as Sullivan, takes Iruma to the Demon World and adopts him as his grandson. He enlists Iruma to the School for Demons “Babyls” where he is the director.

At his new school, Iruma quickly befriends the demons Alice Asmodeus and Clara Valac. However, Sullivan mentions to him that he should never reveal that he is a human, since if he does, he will be eaten by anyone who finds out. Iruma then vows to keep the secret, though he can’t help but stand out more and more during his stay.