On the official site for the anime adaptation of the light novels written by Yukako Kabei and illustrated by Aiji Yamakawa, 2.43: Seiin Koukou Danshi Volley-bu, a new promotional video for the project was posted.

The series has its premiere scheduled for the month of January 2021. The statement also revealed the first of four promotional images that will be based on different characters, with this first one including Yuni Kuroba and Kimichika Haijima. 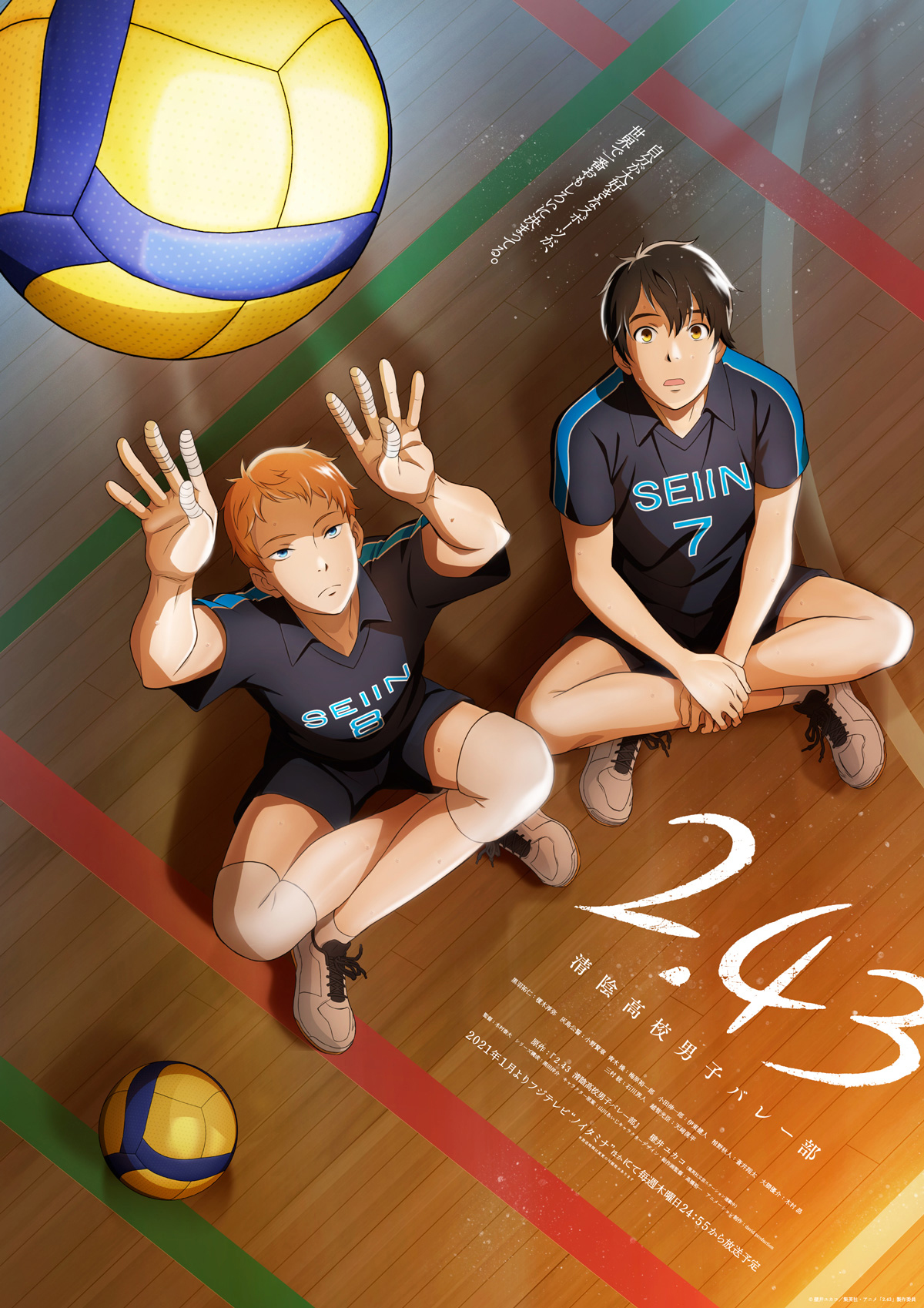 Kabei began publishing the light novels in July 2013, with illustrations by Aiji Yamakawa. The franchise has also inspired a collection of short stories and a manga adaptation by Yamakawa himself, who has published it in Shueisha’s Cocohana magazine since August 2018.

The story centers on Kimichika Haijima, who got into serious trouble during her high school days while participating in her high school volleyball team, and as a result was transferred from Tokyo Prefecture to Fukui Prefecture, where she was reunited with his childhood friend, Yuni Kuroba.

Yuni has an extraordinary talent in volleyball but is weak under pressure, however, when she plays together with Kimichika they become a team that sweeps the field. Sadly, they both have a heated argument near the end of high school.

Now in high school, Kimichika and Yuni have a rather emaciated friendship, but both decide to join the volleyball club. In conjunction with other sophomores and juniors, they will work together to increase the level of the club’s play.

Netflix to add ‘more seasons’ of Kuroshitsuji this month

Fury moms whose babies won our hearts
2 hours ago