On the official site for the anime adaptation of the manga written and illustrated by Kagiji Kumanomata, Oyasumi’s Maoujou, it was revealed that voice actress Ari Ozawa will be joining the voice cast as Sakkyun (Bussy). 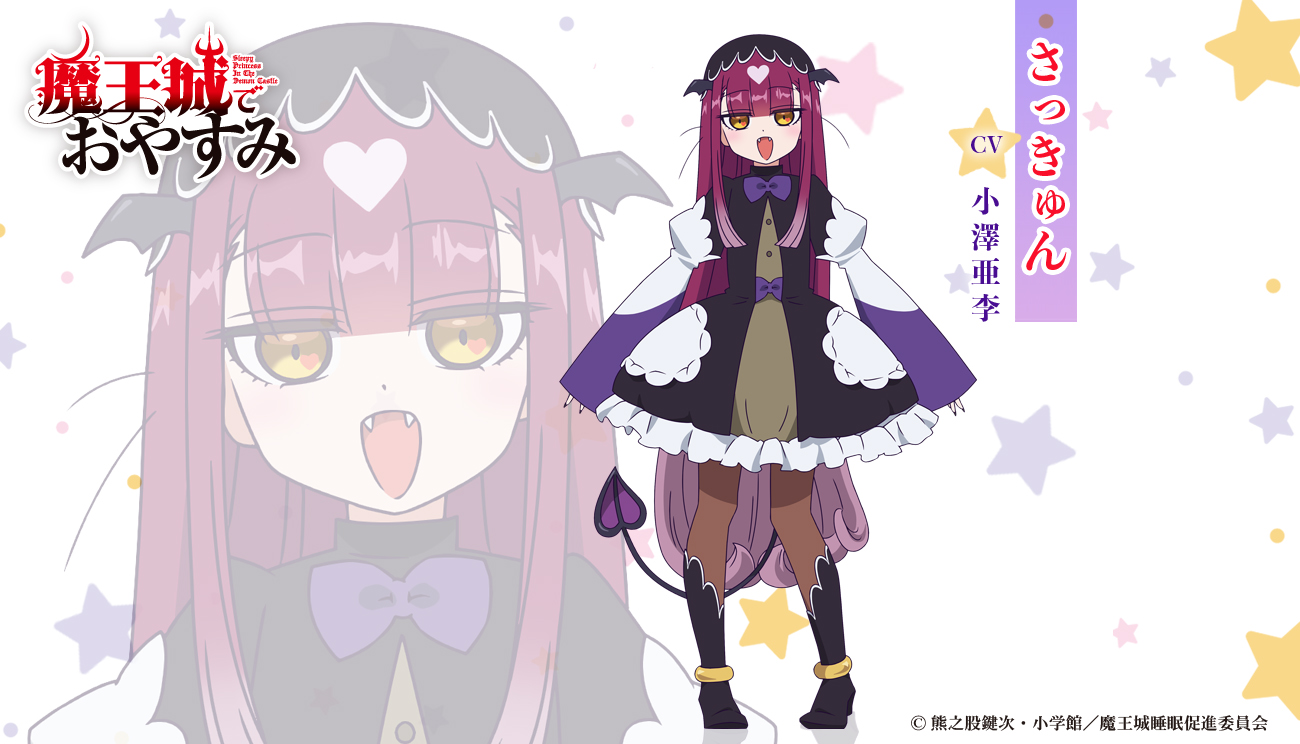 The statement also revealed the cover of the first Blu-ray compilation volume of this project, which will include episodes 1 to 4 and will be released in Japan on December 16, at a price of 14,000 yen (approximately $ 134) plus taxes. 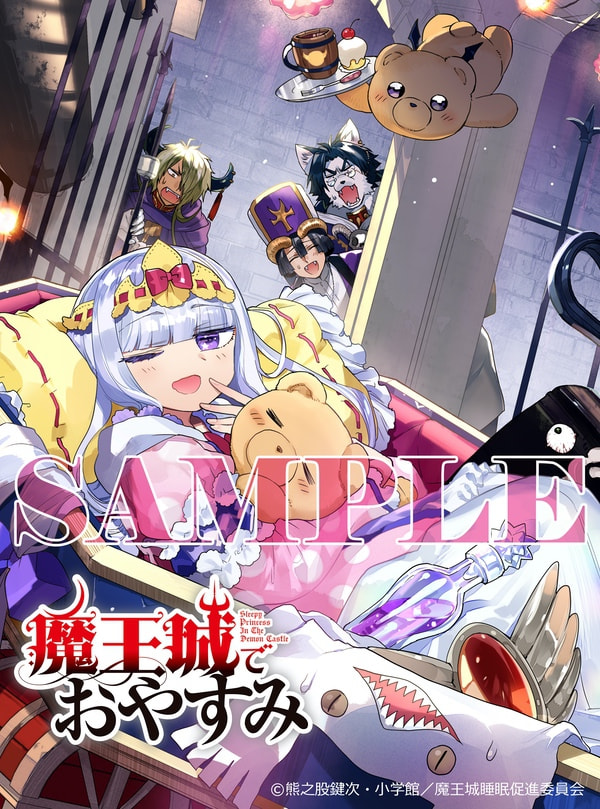 Finally, the illustrations that will be delivered as a reservation / acquisition benefit according to different distributors in Japan were revealed.

The series premiered on October 5 in Japan and is confirmed with a total of twelve episodes. For her part, Kumanomata began publishing the manga in Shogakukan publisher’s Weekly Shonen Sunday magazine in May 2016.

Mitsue Yamazaki (Dumbbell Nan-Kilo Moteru ?, Tada-kun wa Koi wo Shinai) is directing the anime at Doga Kobo Studios, with the assistance of Sumie Noro.
Yoshiko Nakamura (Kabukibu !, Hiiro no Kakera – The Tamayomi Princess Saga) is in charge of writing and supervising the scripts.
Ai Kikuchi (New Game !, Dumbbell Nan-Kilo Moteru?) Is in charge of character design, with Chiaki Nakajima as sub-character designer.
Yukari Hashimoto (3-gatsu no Lion, Osomatsu-san) is in charge of the composition of the soundtrack.

Shhh! Princess Syalis is trying to get a good night’s sleep. A long time ago when people and demons coexisted, not in total harmony of course, a demon king kidnapped a human princess and locked her in his castle. Stripped away, the princess’s subjects were constantly thinking of a solution … until the hero emerges to lead the princess’s rescue mission!

As she awaits her knight in shining armor, what should an imprisoned princess do? Bat-winged teddy bears aren’t bad, but their cell is so boring! Then, she will decide to spend the long hours sleeping, if only she could make herself comfortable … if only she did not suffer from insomnia …