During the major annual event known as the Hero Fes 2020, the first trailer for the fifth season of the anime adaptation for the manga written and illustrated by Kohei Horikoshi, Boku no Hero Academia, was revealed. The series will premiere in spring 2021 and its story will focus on the manga arc corresponding to the Team Training arc.

A new visual for the series was also revealed. 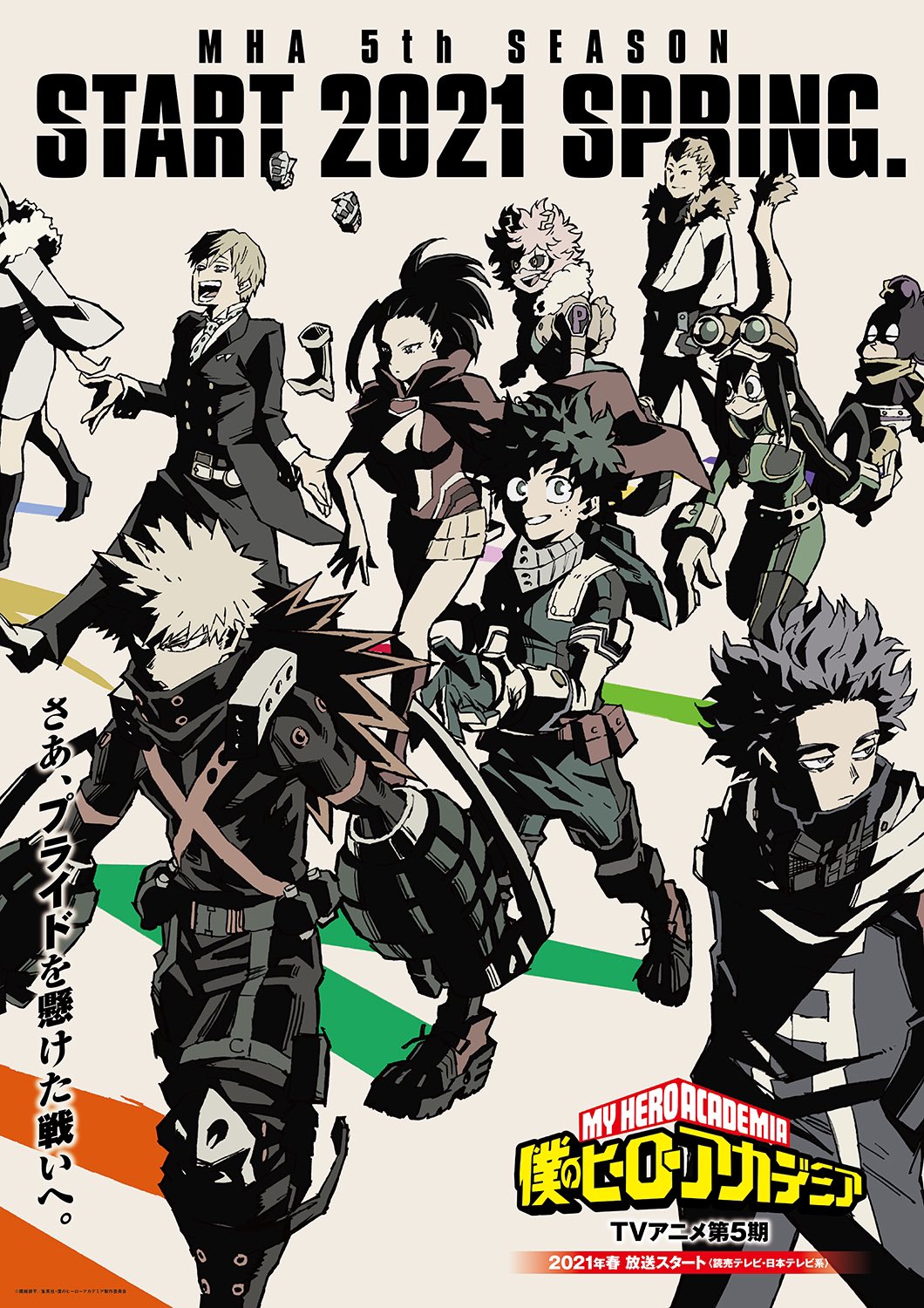 It should be remembered that the spring season in Japan is the one that takes place between the months of April and June of the year, so this fifth season would be premiering in April 2021.

For his part, Horikoshi began publishing the manga in Shueisha’s Weekly Shonen Jump magazine in July 2014. The publisher published the 26th compiled volume on March 4 and the 27th on July 3.

The four seasons of the anime adaptation of the manga have been produced by Bones Studios, and premiered in April 2016, April 2017, April 2018 and October 2019, respectively; accumulating as a whole a total of 88 episodes. The series will also be included as part of the catalog of the Funimation platform in Mexico and Brazil, with Spanish dubbing.

In a world where most people possess a super power, Izuku Midoriya dreams of becoming a hero despite being constantly harassed by his childhood friend Katsuki Bakugou for not possessing a power yet. Fueled by his idol All Might, Midoriya does not give up on his dream despite it being revealed to him that he will, in fact, develop no power.

However, his destiny is linked to that of his idol hero All Might, who will let him know that everyone can become a hero.

WhatsApp: What does the writing hand emoji mean?