Google released a few days ago the first stable version of Android 11. We have already reviewed some small news a few months ago, such as chat bubbles, options to record the screen and a more precise control of permissions. Now we have to analyze a section that is very interesting to users, giving the great use they give them, it is about emojis, and that is that 117 new ones will appear on your phone with the new version of Android, when it is available for your device.

Thanks to the Emojipedia, we can see the drawings that correspond to Google’s designs for the new set of Unicode emojis, announced as Emoji 13.0 in January 2020.

In the new kit of emojis we can see that several aimed at gender equality and social inclusion are included, such as the transgender pride flag, a man with a veil, a Santa Claus and a woman in a tuxedo. There are also new emojis of a father and a mother giving her baby a bottle, two people hugging and, finally, some ninjas.

Italians (and Argentines) are happy to know that their finger gestures have become a new kind of emoji. Even more curious are the new emojis disguised as fake beards. But without a doubt, one that will be liked and used a lot is one of a smiling face with tears, for the “game” it can give to express yourself. 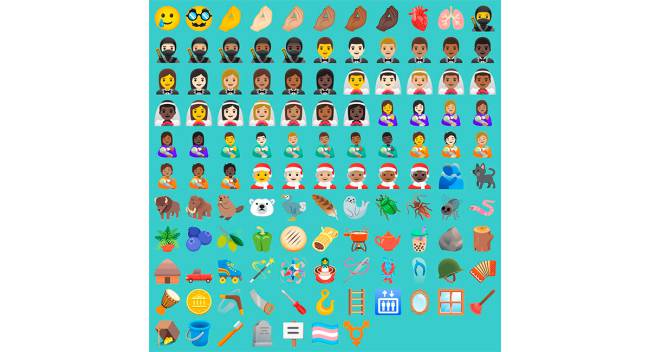 These are the emojis that will also arrive:

Maou Gakuin no Futekigousha anime hints at sequel
2 hours ago

Who are the millionaires that support Bitcoin
5 hours ago

Who are the millionaires that support Bitcoin