During this year’s edition of the Fate Project Oomisoka TV Special 2020 (Fate Project 大 晦 日 TV ス ペ シ ャ ル 2020), the production of a new series of OVAs titled Fate / Grand Carnival was announced. The first season will premiere on June 2, 2021, followed by the second season on August 25, 2021. Although not much has been explained about this new project, it is evident that it is directly related to the Carnival Phantasm project, only that the inclusion of Fate / Grand Order (denoted by the presence of Mash Kyrielight and Gudako) implied the name change. 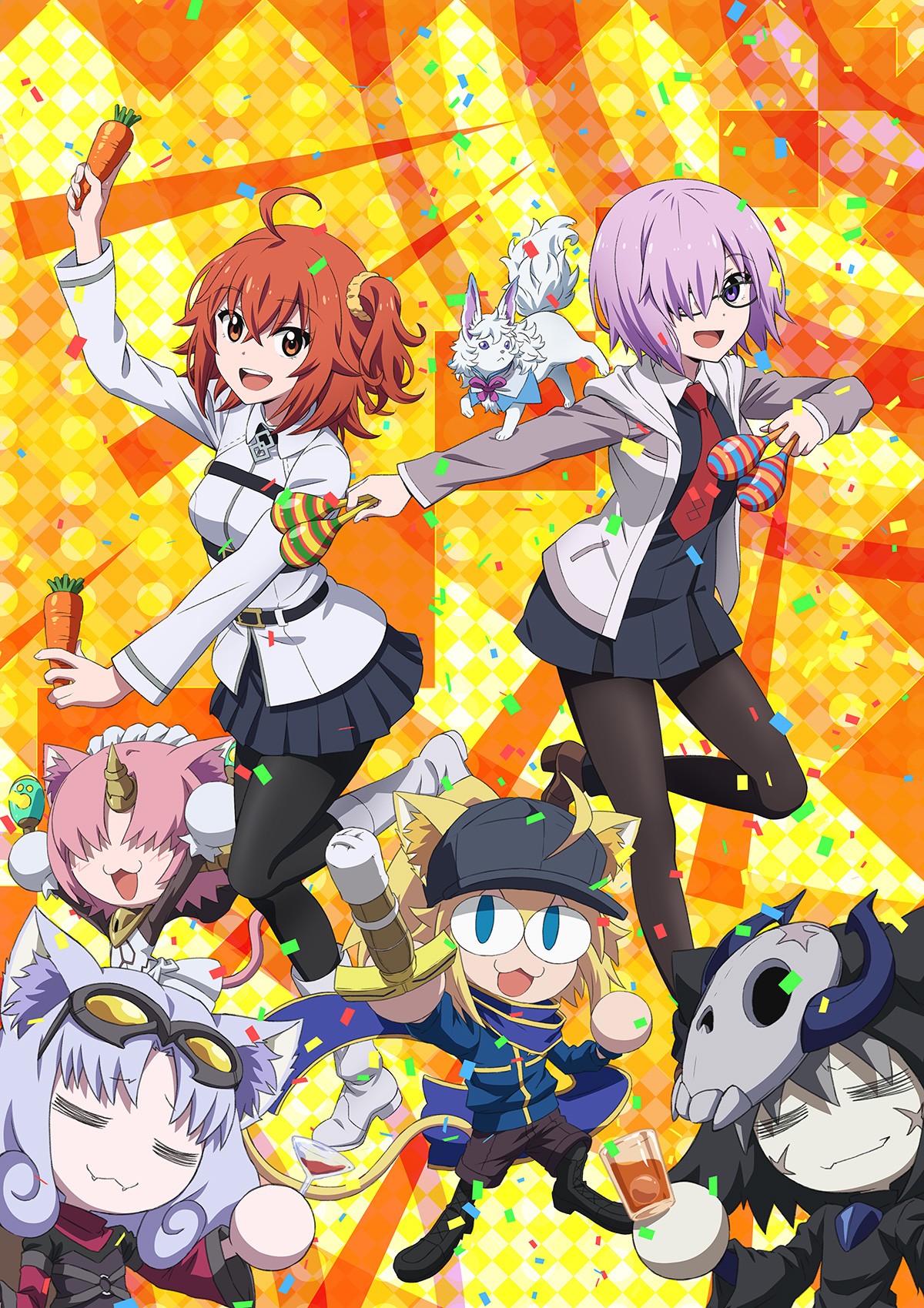 Although the production did not specify the details about the distribution of these “seasons”, the details of the Blu-ray / DVD versions that will be released on the aforementioned dates were revealed through the official site:

How do you resolve a conflict between powerful spirits of famous heroes who compete for a prize capable of granting any wish? Fight a war that will cost blood, sweat, and tears? Too much work, how about a game show contest?