On the official Twitter account for the OVAs project, Fate / Grand Carnival, a special promotional video was posted including the opening sequence, The video commemorates that the first pack is now available in Japan, and features the theme “Super ☆ Affection” performed by the voice cast.

Fate / Grand Carnival is a sequel project to Carnival Phantasm, which has changed its name following the inclusion of Fate / Grand Order characters in the cast. The releases are scheduled on two Blu-ray / DVD packages that will include two episodes each for a total duration of thirty minutes. These two packages are listed as “seasons,” with the first scheduled for June 2, and the second scheduled for August 25. 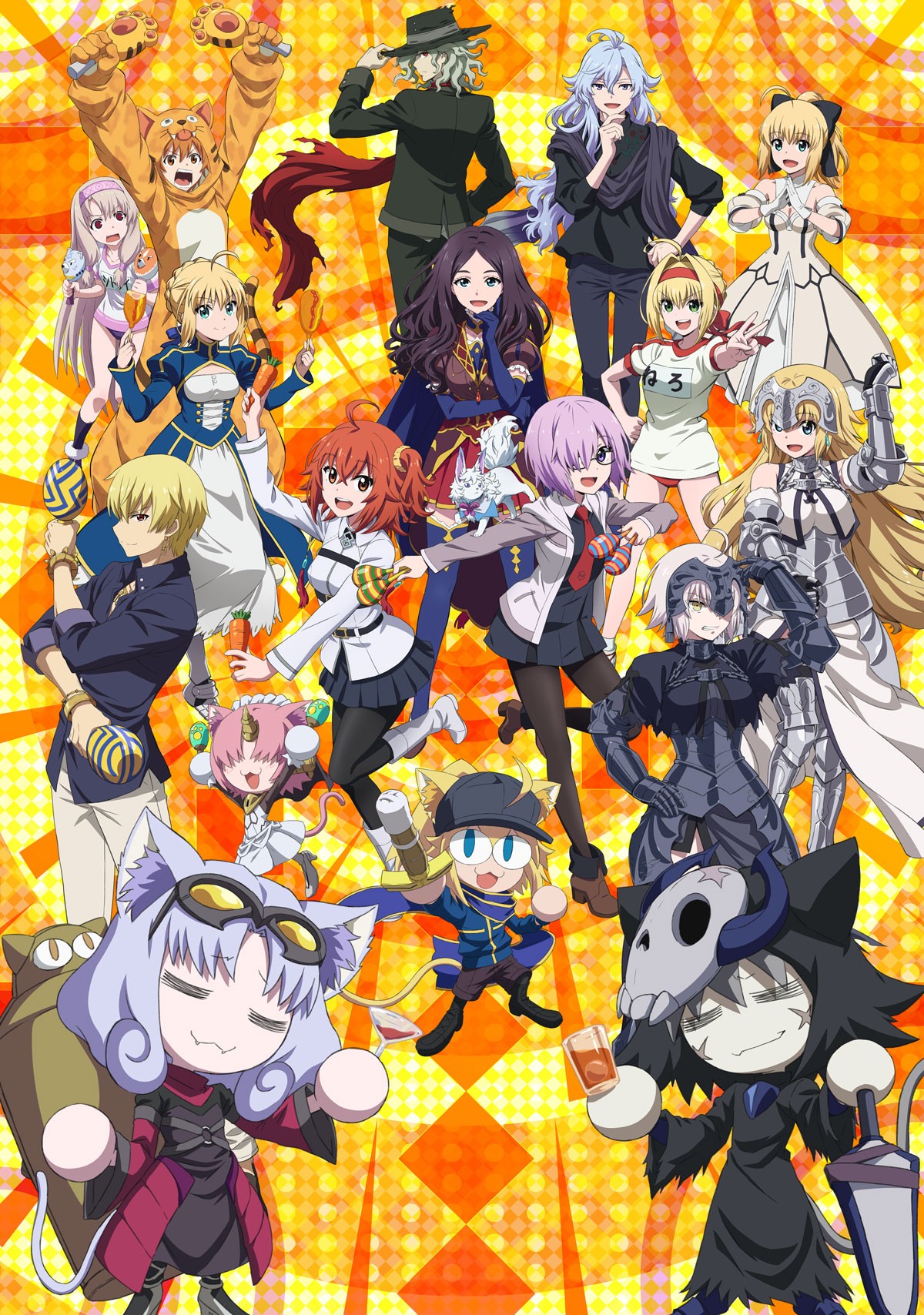 How do you resolve a conflict between powerful spirits of famous heroes who compete for a prize capable of granting any wish? Fight a war that will cost blood, sweat, and tears? Too much work, how about a game show contest?