On the official site for the anime adaptation of the manga written and illustrated by Atsushi Ohkubo, Enen no Shouboutai (Fire Force), a new promotional image was revealed for the next arc of the second season, which will comprise episodes 19 to 24. Additionally , two new members of the voice cast were confirmed: 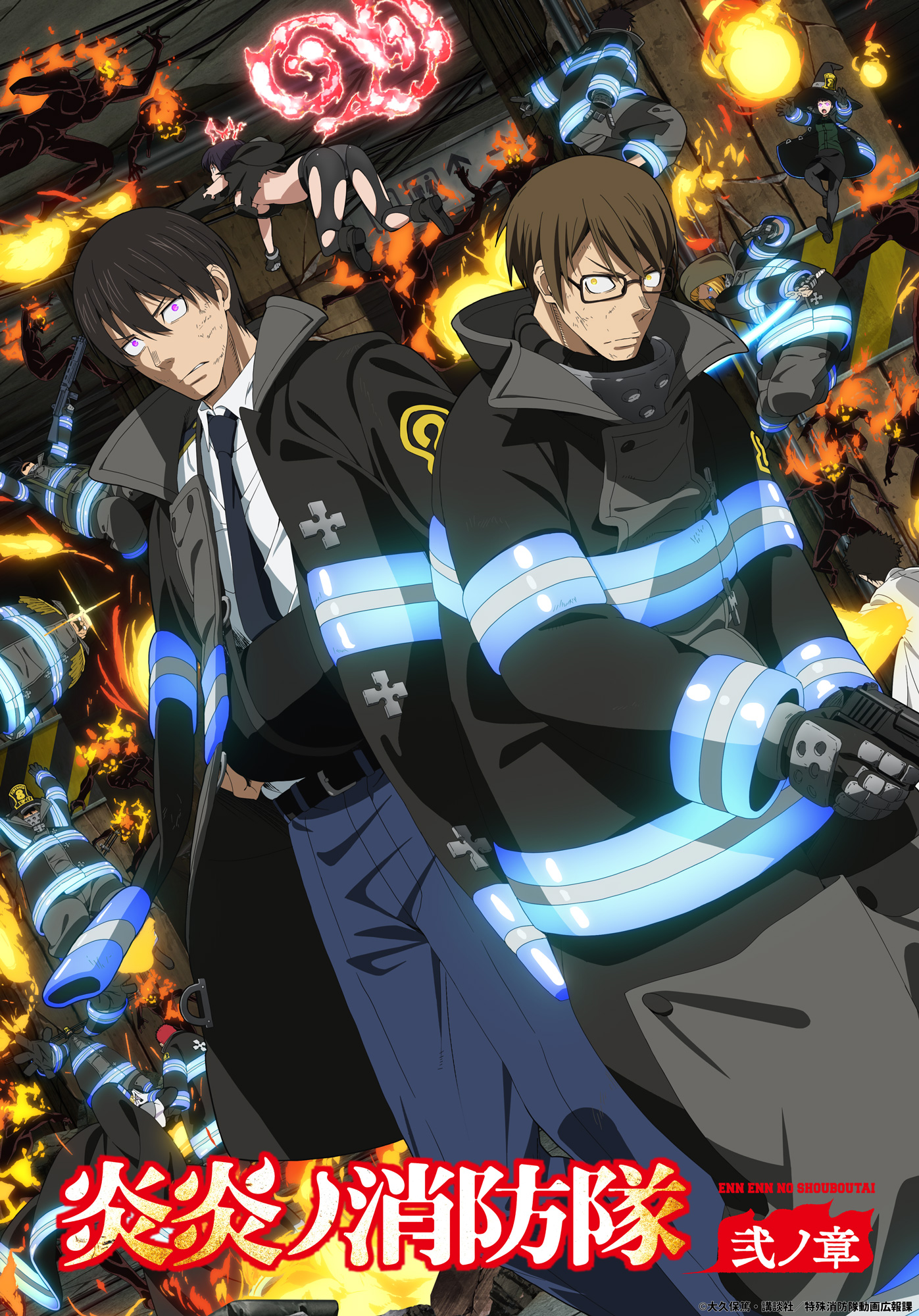 On the other hand, the series premiered on July 3 on Japanese television and it is confirmed that it will have a total of 24 episodes. Atsushi Ohkubo has been publishing the manga in Kodansha publisher’s Weekly Shonen Magazine since September 2015. The publisher published the twenty-fifth compiled volume on September 17, and will publish the twenty-sixth on November 17 in Japan.