On the official site for the animated adaptation of the manga written and illustrated by Negi Haruba, Gotoubun no Hanayome (The Quintessential Quintuplets), the distribution information for the Blu-ray / DVD compilation volumes was revealed, confirming twelve episodes for this project. In addition, the cover of the first volume was revealed. 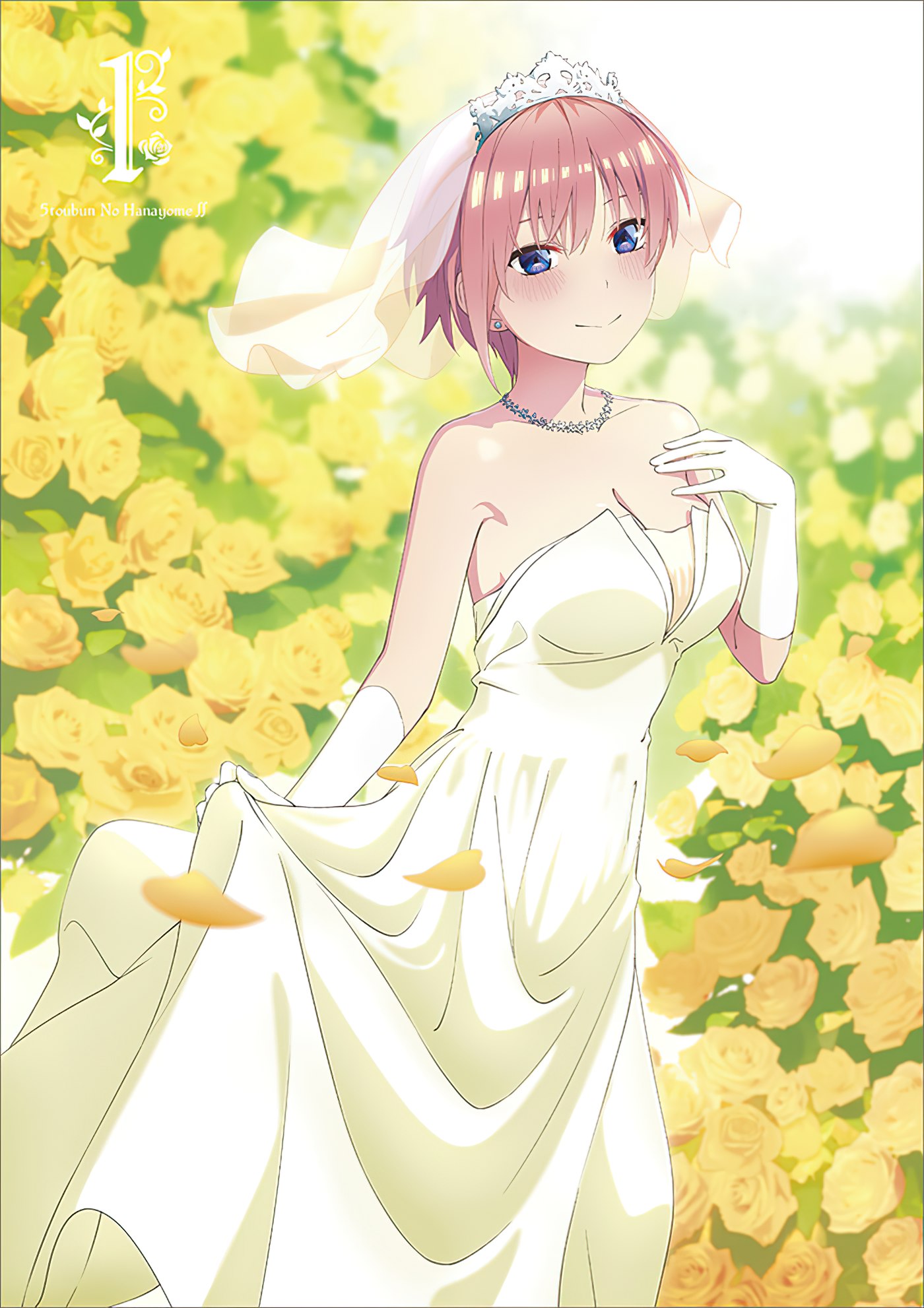 This second season premiered in Japan on January 7, with its global broadcast in the hands of the Crunchyroll platform. In fact, its premiere was scheduled for October 2020, but was postponed due to the effects of the COVID-19 pandemic.

For his part, Haruba published the manga in Kodansha publisher’s Weekly Shonen Magazine between August 2017 and February 2020. The publisher compiled the work in a total of fourteen volumes and the first season aired in Japan in January 2019 The manga is being published again in color in volume format since April 2020, and recently surpassed 14 million copies in circulation.

Kaori Fujita is directing the anime at Bibury Animation Studios, replacing Satoshi Kuwabara and Tezuka Productions.
Keiichirou Ouchi is in charge of writing and supervising the scripts.
Masato Katsumata is in charge of character design and animation direction.
Hanae Nakamura is in charge of composing the score, in collaboration with Miki Sakurai.

One day, poor high school student Fuutarou Uesugi receives a job as a tutor with excellent pay. An excellent opportunity to make money, right? Well, it turns out that his tutee is his classmate! And he will not only teach her but also her four sisters! Yes! They are quintuplets!

They are all beautiful, but unlike their appearances, their attitudes are completely different. Will Fuutarou be able to make the Nakano quintuplets successfully graduate from high school? Will he fall in love with any of them?