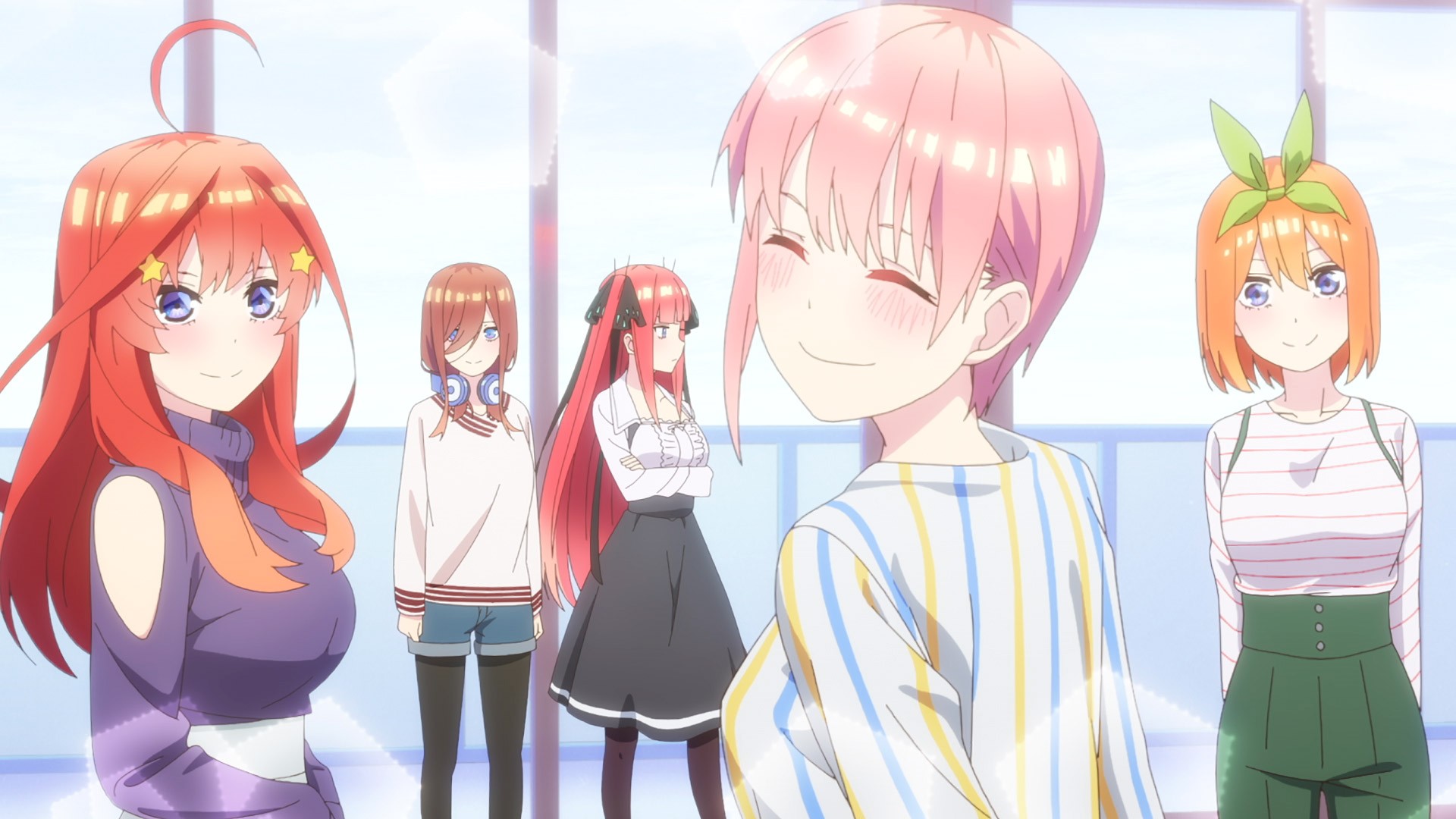 In this regard, the forum also listed the events that were omitted in this second season and that are considered important advances in the development of the characters:

«The first date with Yotsuba, where Fuutarou goes out with her to do things that her sisters enjoy about her. When Fuutarou realizes this, he asks her to do something that she wishes to do, to which she is unable to respond. After some events, they end the night in Yotsuba’s favorite park, where there is an important breakthrough that, later, would serve as one of the bases for her future victory in the manga.
“The scene where Miku and Fuutarou take care of the daughter of Ichika’s manager, there, Miku declares her love for Fuutarou, but he doesn’t take her seriously because they were playing with the girl house. ”
“In the same development above, Fuutarou asks Miku to marry him (as part of the game), which surprises everyone.”
“Prior to Miku’s confession (which was not taken seriously), there is an important monologue where she describes the good things about Fuutarou.”

See also  Sabikui Bisco light novels will get an anime

What will be the production plan in this second season? We must not forget that a rumor from many months ago (given that this second season was going to premiere in 2020, but was postponed due to the COVID-19 pandemic), had ensured that an original course would be taken. Going straight to the “Arc of the Seven Goodbyes” which is a significant development of Nino Nakano, and having omitted two very important moments of Yotsuba Nakano and Miku Nakano, again, what is the production intended?

It is a manga series written and illustrated by Negi Haruba, which was published in Kodansha publisher’s Weekly Shonen Magazine between August 2017 and February 2020, with a total of fourteen compiled volumes.

The play inspired a twelve-episode anime adaptation produced by Tezuka Productions studios, under the direction of Satoshi Kuwabara and released in January 2019. A second season is produced by Bibury Animation Studios and is currently on air.