On the official site for the original anime Hanyou no Yashahime (known in English as Yashahime: Princess Half-Demon), the sequel to the Inuyasha anime, a new promotional image for the project was posted. 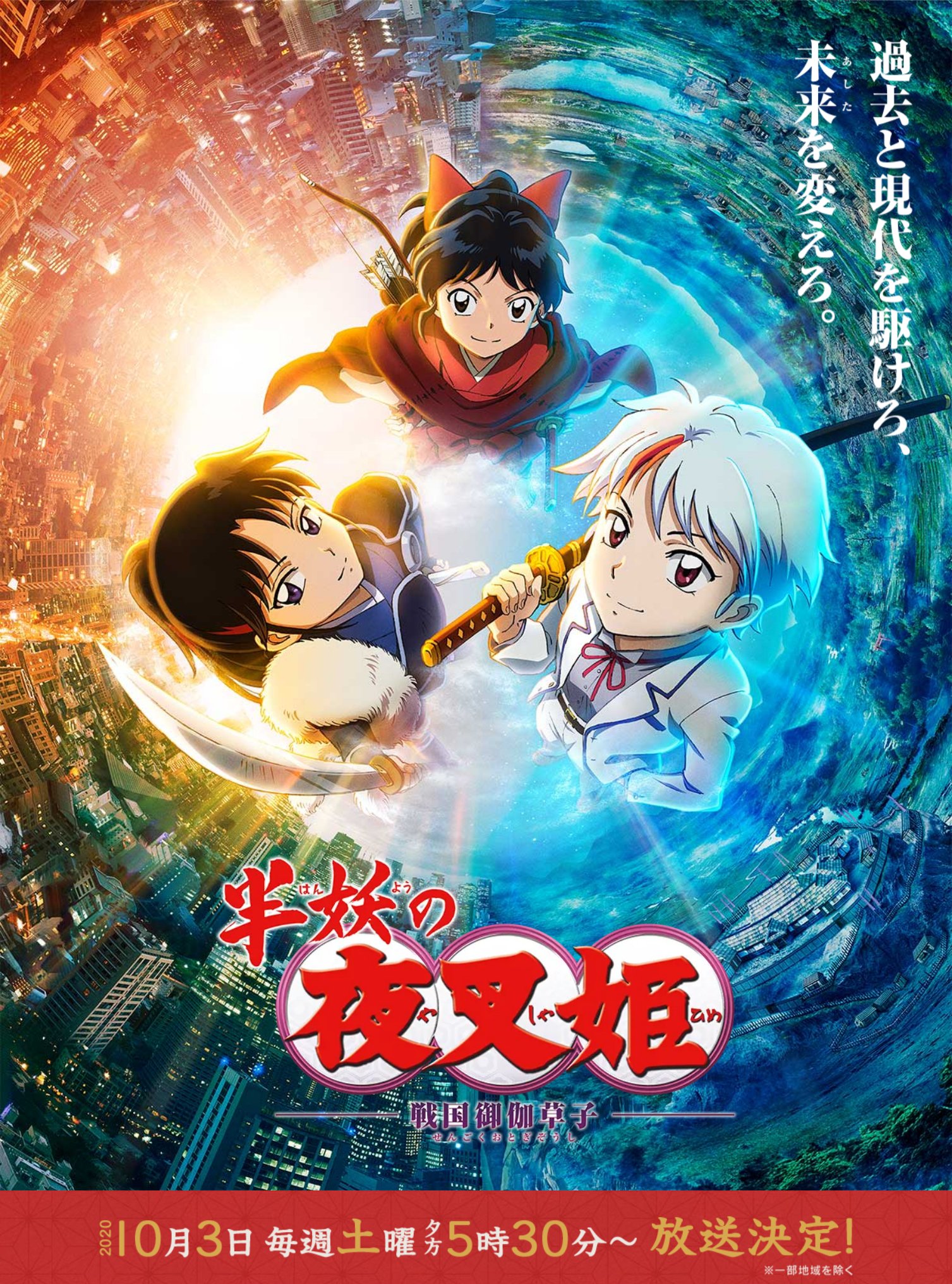 On the other hand, the series has its premiere scheduled for next October 3. Inuyasha is a manga written and illustrated by Rumiko Takahashi that was published in Shogakukan’s Weekly Shonen Sunday magazine between November 1996 and June 2008. The publisher compiled the work in a total of 56 volumes.

Teruo Sato is directing the anime at Sunrise Studios.
Katsuyuki Sumisawa is in charge of writing and supervising the series scripts.
Rumiko Takahashi is in charge of the main character designs, while Yoshihito Hishinuma (Yakitate !! Japan, Shinjuku Private Eyes) is in charge of adapting these designs to animation.
Kaoru Wada (Kindaichi Shounen no Jikenbo) is in charge of composing the soundtrack.

Sesshomaru and Inuyasha’s daughters set off on an adventure that transcends time! In Feudal Japan, half-demon twins Towa and Setsuna are separated during a forest fire. While desperately searching for her younger sister, Towa finds a mysterious tunnel that transports her to modern Japan, where she is found and placed in the care of Kagome Higurashi’s brother, Sota, and his family.

Ten years later, the tunnel connecting the two ages is reopened, allowing Towa to rejoin Setsuna, who has now become a Youkai Assassin in conjunction with Kohaku. But the worst part is that Setsuna seems to have lost her memories and no longer recognizes Towa.

Now teaming up with Inuyasha’s daughter Moroha and Kagome, the three of them will travel between two eras on an adventure to recover a forgotten past.