On the official Twitter account for the Tokyo-based multinational convenience store chain FamilyMart, a collaboration was announced with the Virtual YouTubers agency Hololive Production, specifically with the company’s fifth generation of talents.

The collaboration will begin on May 11 in Japan and includes some purchase benefits as the participating items are purchased, which include four different types (one for each VTuber of the generation) of printed illustrations and plastic folders with prints, both in A5 size (148 x 210 mm). The collaboration will end when all gift products are sold out. 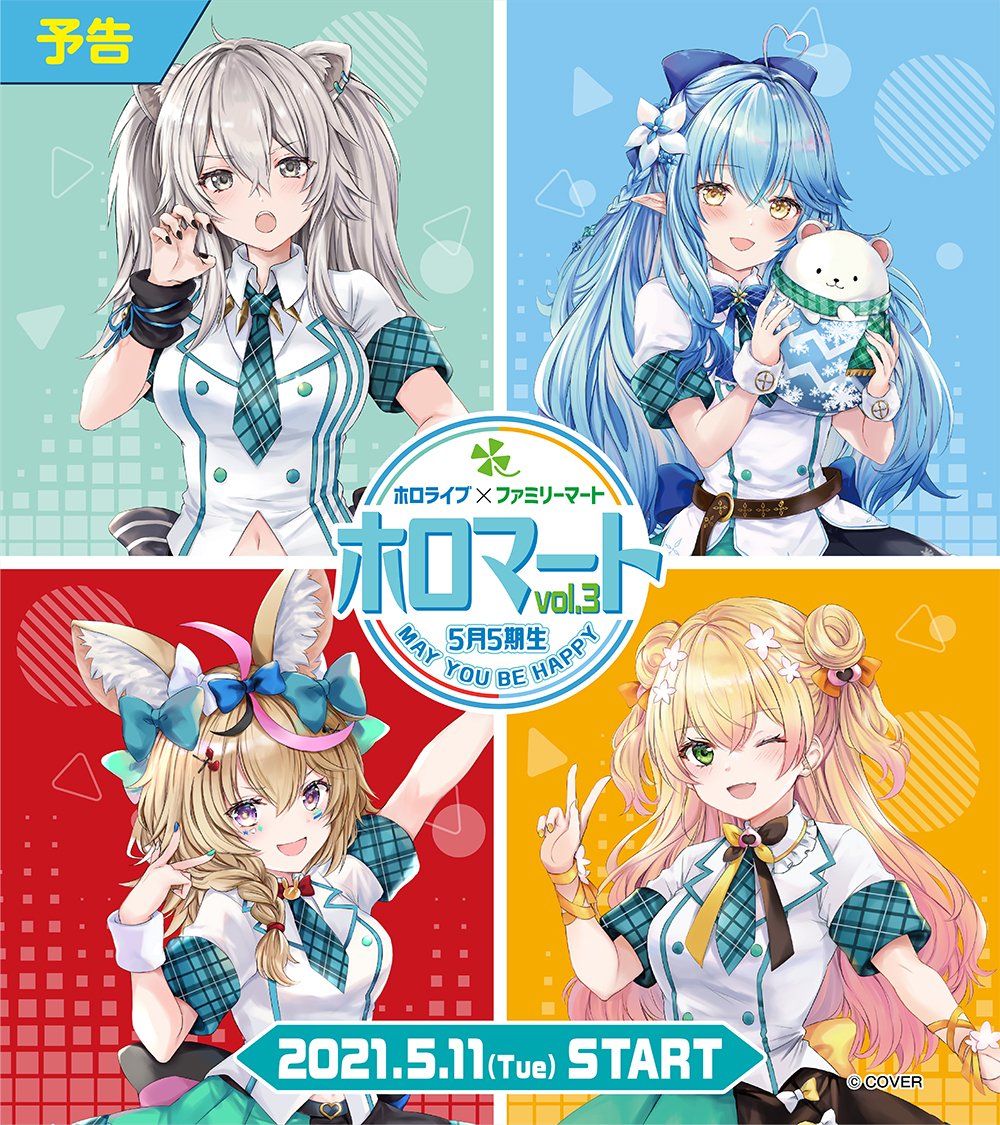 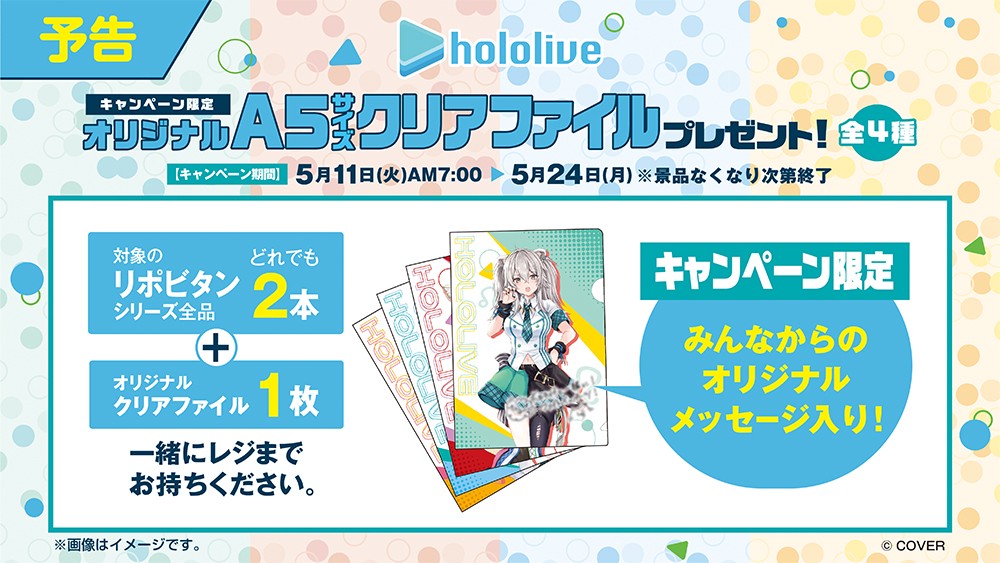 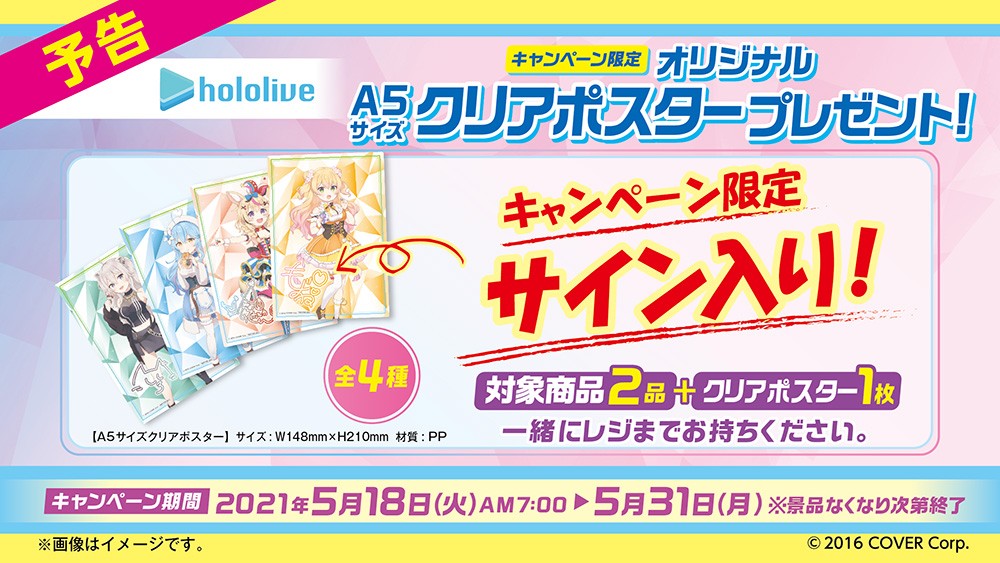 On the other hand, the fifth generation of talents of Hololive Production consisted of five members, namely Yukihana Lamy, Momosuzu Nene, Shishiro Botan, Omaru Polka and Mano Aloe, however, the last one announced on August 30, 2021 his retirement from the industry pointing out that his physical and mental condition prevented him from continuing with his shares. Aloe “graduated” from the agency a day later and all of her YouTube content and her Twitter account were removed. Finally, Cover Corp was founded in 2016, and the first generation of Hololive Production talent debuted in 2018.