Japanese distributor Oozlaya announced that the web manga written and illustrated by HERO, Hori-san to Miyamura-kun, will have two new OVAs in May 2021. The two episodes will be titled as follows:

HERO published the original webmanga independently between February 2007 and December 2011, with publisher Square Enix compiling it into a total of ten volumes. The play previously inspired a series of four-episode OVAs produced by Hoods Entertainment (episodes 1 and 2), Marone (episode 3) and GONZO (episode 4), under different production teams and released between September 2012 and December. of 2018 in Japan.

This project should not be confused with Daisuke Hagiwara’s manga adaptation Horimiya, which has been published in Square Enix’s Monthly G Fantasy magazine since October 2011 and will inspire an anime adaptation produced by CloverWorks studios and scheduled to premiere in January 2021 in Japan. 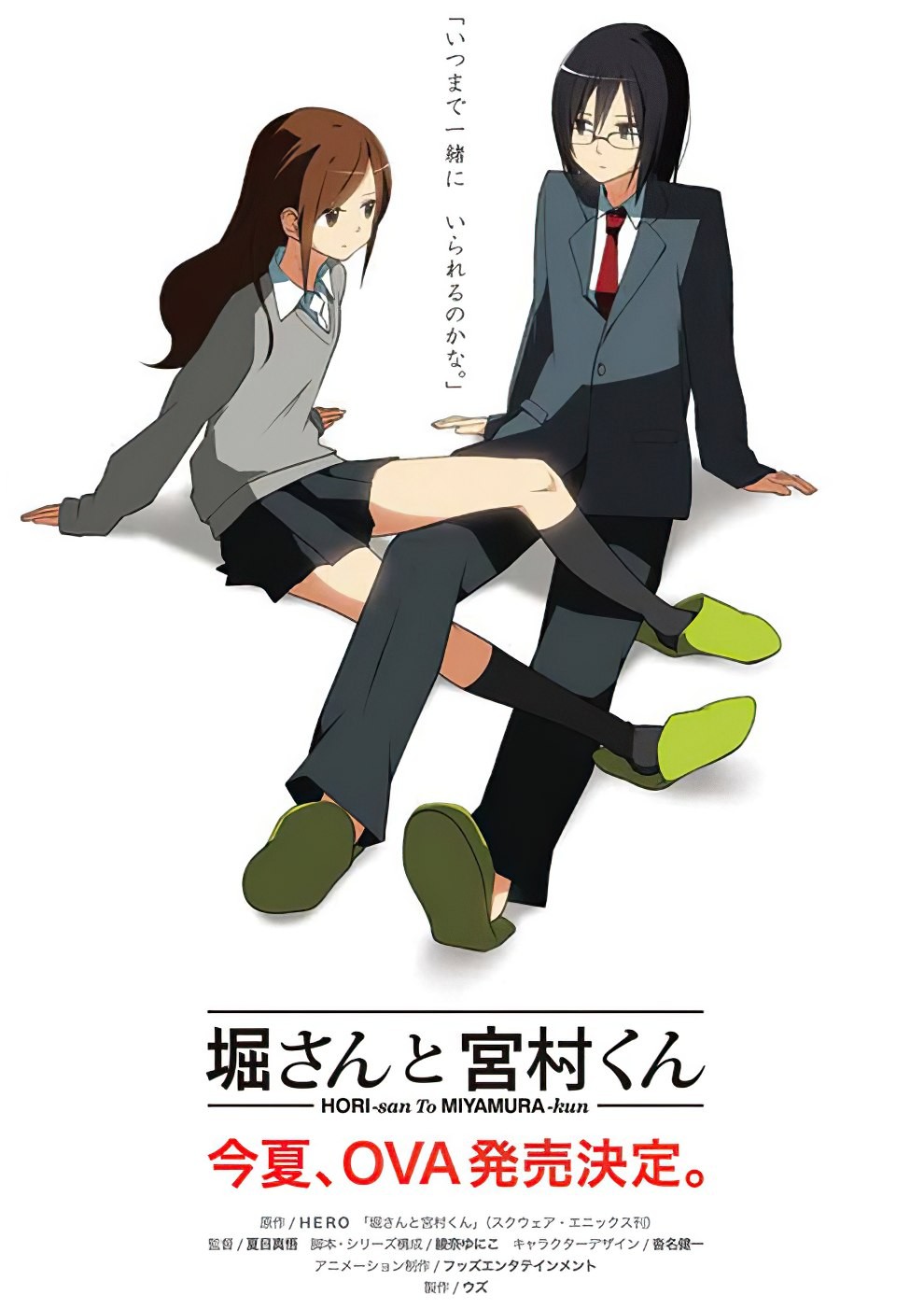 Kazuya Aiura (Assassins Pride, 7 Seeds) is directing both episodes at GONZO Studios.
Yuniko Ayana (BanG Dream !, Denpa Onna to Seishun Otoko, Given) is in charge of writing and supervising the scripts.
Kenichi Kutsuna (Hori-san to Miyamura-kun) and Fumi Katou (Gatchaman Crowds Insight: Inbound) are in charge of character design.

Although admired at school for her kindness and academic prowess, high school student Kyouko Hori has been hiding another side of her. With her parents often away from home due to work, Hori has to take care of her younger brother and do household chores, without having time to socialize outside of school.

Meanwhile, Izumi Miyamura is seen as a haunting otaku who wears glasses. However, she is actually a kind and inept person at studying. In addition, she has nine piercings hidden behind her long hair, and a tattoo along her back and left shoulder. By pure chance, Hori and Miyamura cross paths outside of school, neither looking like the other would expect. These seemingly opposite poles become friends, sharing a side that they have never shown to anyone.