On the official site for the animated adaptation of the manga written by HERO and illustrated by Daisuke Hagiwara, Horimiya, details and cover art for the project’s fifth Blu-ray / DVD compilation package were revealed. The illustration stars the characters Shuu Iura and Kakeru Sengoku. 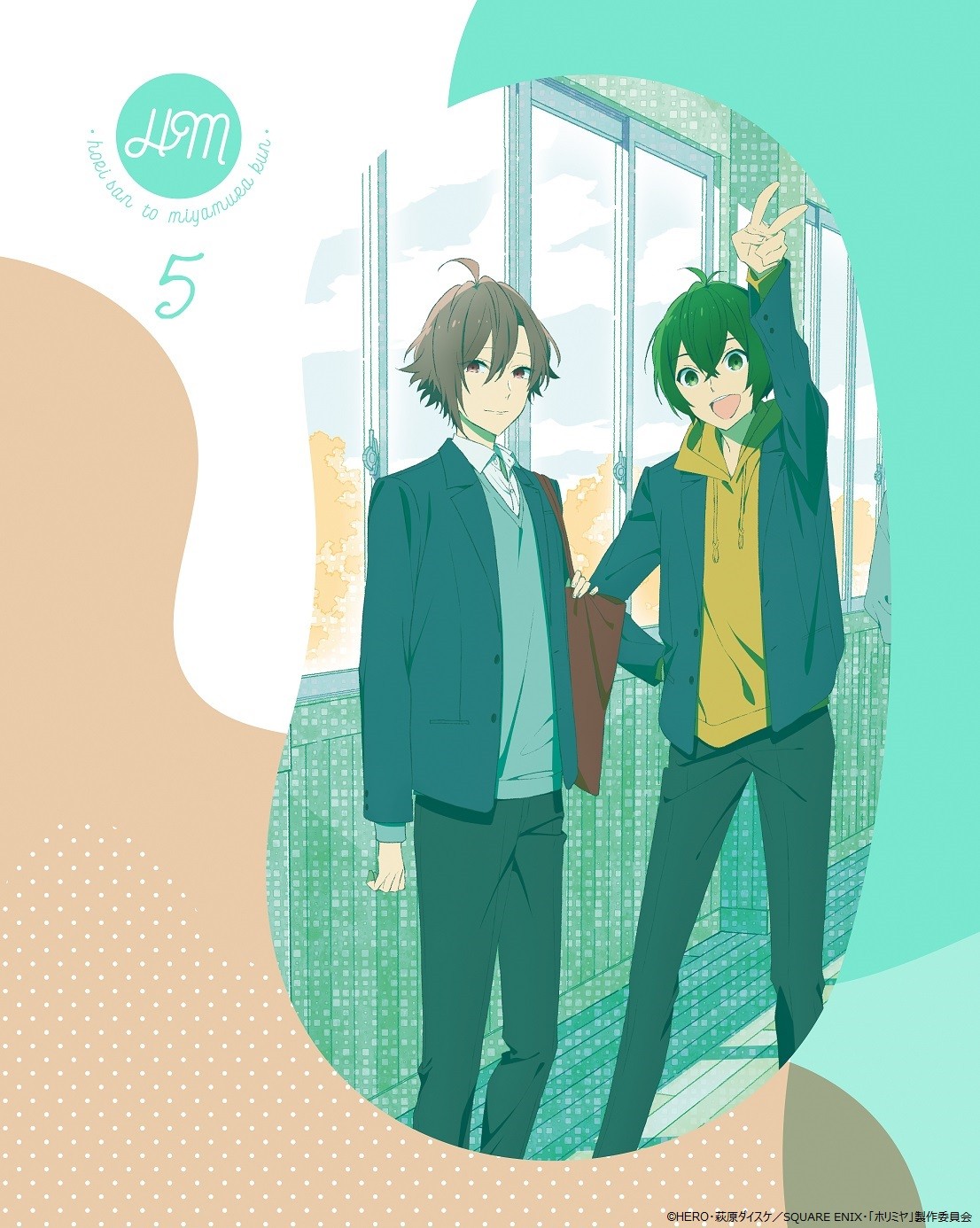 This fifth Blu-ray / DVD package will include the eighth and ninth episodes of this adaptation, and will be released in Japan on June 23, with the Blu-ray version priced at 6,800 yen (approximately $65) and the DVD version is priced at 5,800 yen (approximately $56). Additional benefits included list a Drama CD and a special booklet with illustrations and production material.

On the other hand, the series aired in Japan during the Winter-2021 season (January-March), with a total of thirteen episodes and with Funimation broadcasting it to the West. The manga ran through Square Enix publisher’s Monthly G Fantasy magazine since October 2011, and ended in March 2021.

Although admired at school for her kindness and academic prowess, high school student Kyouko Hori has been hiding another side of her. With her parents often away from home due to her work, Hori has to take care of her younger brother and do household chores, without having time to socialize outside of school.

Meanwhile, Izumi Miyamura is seen as a haunting otaku who wears glasses. However, he is actually a kind and inept person to study. Additionally, he has nine piercings hidden behind his long hair, and a tattoo along his back and left shoulder. By sheer chance, Hori and Miyamura pass each other outside of school, neither looking like the other would expect. These seemingly opposites become friends, sharing a side that they have never shown to anyone.