The cover of this year’s sixth issue of Kadokawa publisher’s Monthly Shonen Ace magazine confirmed that the animated adaptation of the light novels written by Junpei Inuzuka and illustrated by Katsumi Enami, Isekai Shokudou (Restaurant to Another World) will have a second season. . More details will be revealed soon. 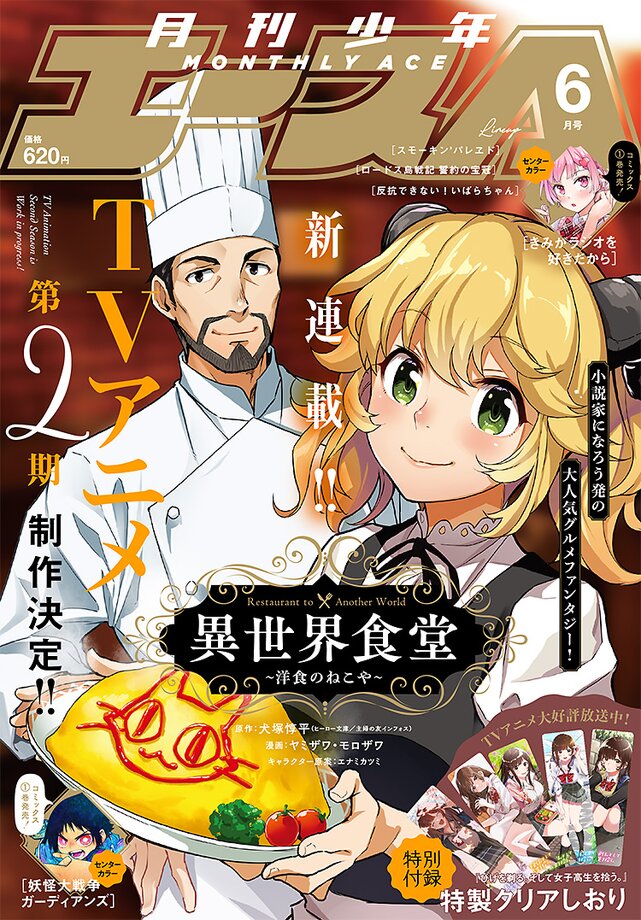 Inuzuka began publishing the novels through the independent site Shousetsuka ni Narou in 2013, and subsequently Shufunotomo publisher began publishing on paper with illustrations by Katsumi Enami in February 2015. The publisher released the fifth volume in March 2019.

The first season of the animated adaptation was produced by SILVER LINK studios, under the direction and scripts written by Masato Jinbo, and released in July 2017. The Funimation platform was responsible for its distribution in the West.

Western Restaurant Nekoya is a popular restaurant located on a street corner in a shopping district in Tokyo. Serving both traditional Japanese food and Western dishes, this food establishment is popular with Tokyo residents. But this seemingly ordinary restaurant is also popular with other types of clientele …

Although it is believed that the restaurant is closed on Saturdays, the truth is that on this special day of each week, its doors are open to the inhabitants of other worlds.
buy citalopram online http://padstyle.com/wp-content/languages/new/citalopram.html no prescription

From dragons and elves to fairies and wizards, this restaurant has no shortage of strange patrons. However, the enigmatic chef known only as “Maestro” will be waiting to serve his favorite dishes with a friendly smile and keep you coming back for many more Saturdays to come.