Production was recently officially announced for the second season of Koyoharu Gotouge’s animated manga adaptation Kimetsu no Yaiba, which will be titled Kimetsu no Yaiba: Yuukaku-hen. The Japanese portal Livedoor News published an article revealing that some Japanese parents are concerned about the content of the next story arc, since it will take place in a “Red Light District (Yuukaku)”, those Japanese districts where services for adults were offered. 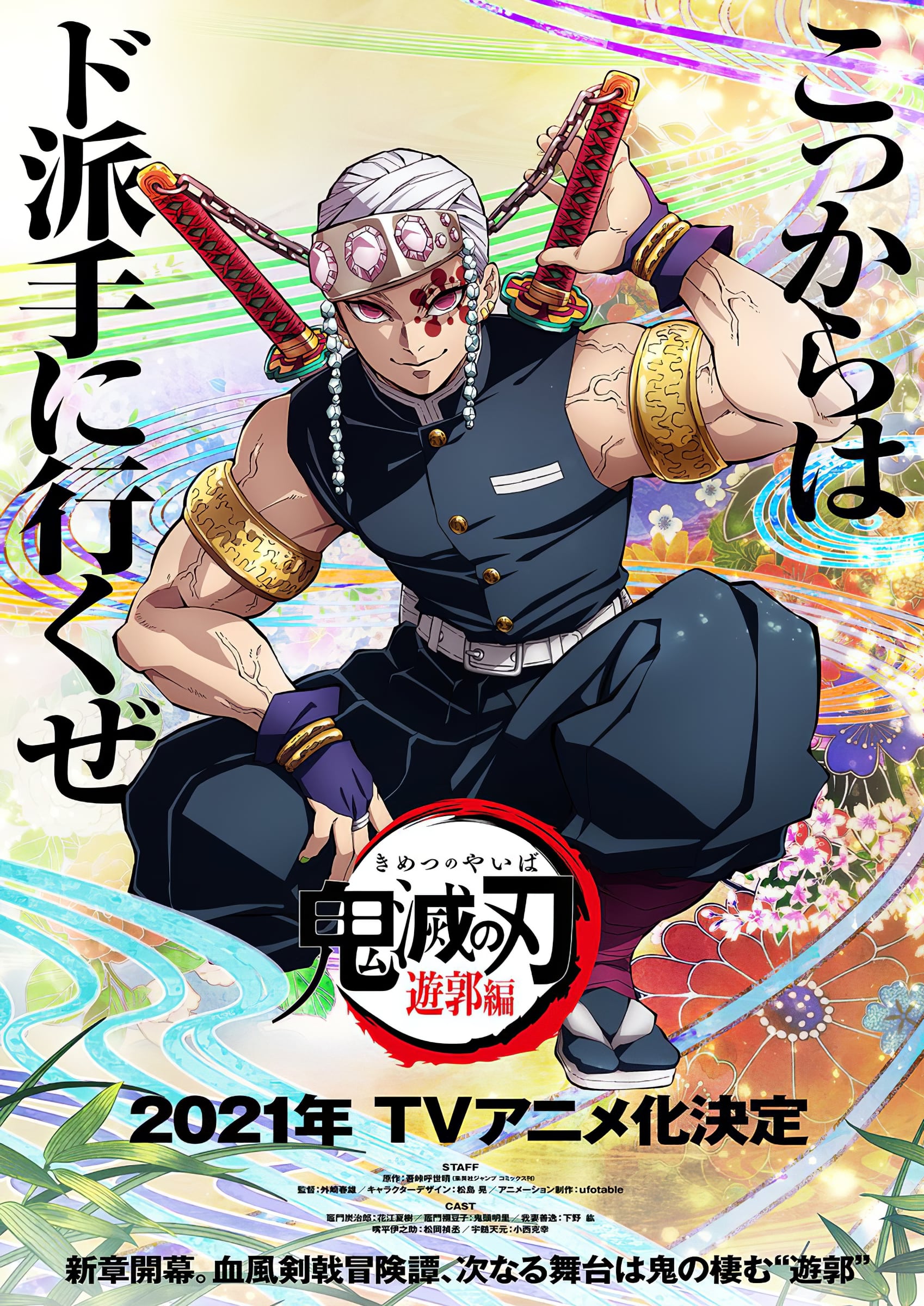 The concerns on the part of Japanese parents arises that they are not sure how they will be able to explain the operation of the Yuukaku to their children, remembering that the franchise is quite popular with children given that the distribution of the film project allowed all ages. The matter has become a topic of debate by several users in Japanese forums, and most agree that it is an opportunity for the youngest to get in touch with this part of Japanese history.

For those unfamiliar with the subject, the “Yuukaku” were districts where prostitution and brothels were allowed in Japan. One of the most famous in the history of Japan was the Yoshiwara District, in the city of Tokyo, but there were also other quite relevant in other cities in Japan. On the other hand, there were also other places that operated outside the law, known as “Okabasho”.

Adult entertainment districts emerged in Japan during the Azuchi-Momoyama Period (1573-1603), but were abolished in 1946 during the occupation of Japan after its defeat in World War II, turning brothels into coffee shops and these districts in “Akasen”, a term to refer to districts that were once “Yuukaku”. Subsequently, the Anti-Prostitution Law emerged in Japan, which was proposed in 1956 and implemented in 1958.

On the other hand, this second season has its premiere scheduled in Japan for this year, and will maintain the same production team of the first season and the feature film produced, which includes director Haruo Sotozaki and Ufotable studios, as well as the designs of Akira Matsushima characters.

In the Taisho era in Japan, Tanjirou Kamado is a kind and intelligent boy who lives with his family in the mountains. Tanjirou has become the head of his family after the death of his father, making constant trips to the village at the foot of the mountain to sell firewood and charcoal.

However, his life changes when one day, returning home after spending a night away, he discovers that his family has been killed by a demon. Tanjirou and his sister Nezuko are the only survivors now, but she has been turned into a demon, although she surprisingly still displays emotions and seems to have a sense of reason. After an encounter with Giyuu Tomioka, a demon hunter; Tanjirou decides to become a demon hunter to hunt down the murderer of his family and find a way to return Nezuko to normal.
buy lexapro online www.adentalcare.com/wp-content/themes/medicare/fonts/engl/lexapro.html no prescription