On the official site for the anime adaptation of the light novel series written by Roy and illustrated by Ririnra, Kami-tachi ni Hirowareta Otoko, the second promotional video for the project was posted.

The video reveals that the series has dated its premiere for next October 4 in Japan and shows a fragment of the opening theme performed by Azusa Tadokoro and titled “Yasashii Sekai”.

Roy began publishing the novels on the Shousetsuka ni Narou website in 2015, and it is still in publication. Publishing House Hobby Japan began publishing Ririnra’s illustrated paper novels in September 2017 and published the eighth volume on February 22. 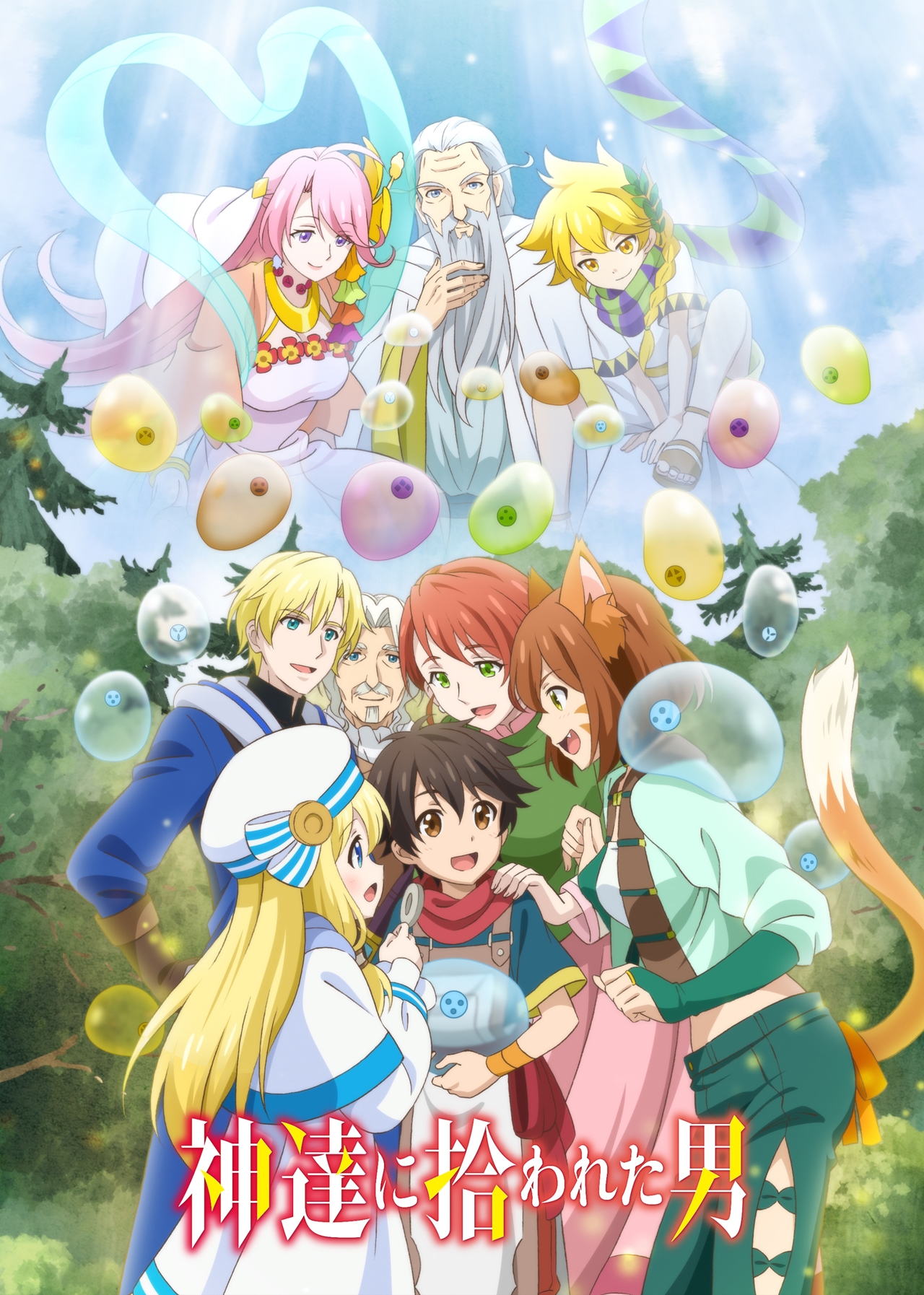 Under the protection of the gods, his laid-back life with the slimes begins!

One day, the life of a middle-aged Japanese man named Ryoma Takebayashi comes to a spontaneous and disappointing end. Ryoma was never graceful in his life, but after death, three gods requested his cooperation and reincarnated him as a boy in a world of swords and magic.

Receiving a warm and divine welcome from the gods themselves, Ryoma decides to live in a relaxed way in the forest for the moment. Working diligently to hunt and learn magic, his greatest passion becomes… training slimes?