On the official Twitter account for the anime adaptation of the manga written and illustrated by Koyoharu Gotouge, Kimetsu no Yaiba, a special illustration was posted commemorating the birthday of the character Tengen Uzui, the Pillar of Sound of the Demon Hunters group. 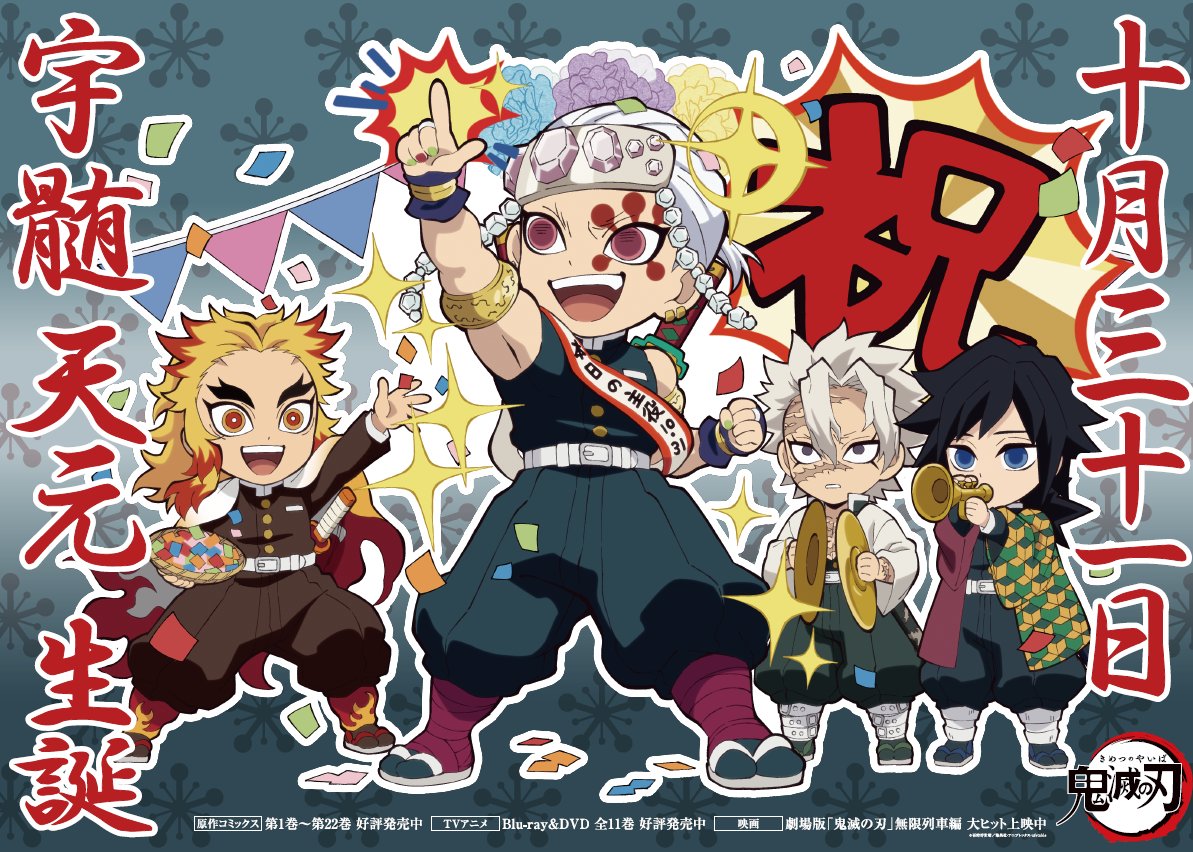 Koyoharu Gotouge began the publication of the manga in Shueisha’s Weekly Shonen Jump magazine in February 2016 and ended it in May 2020. The publisher published the twenty-first compilation volume on July 3 in Japan, and the twenty-second on October 2.

The play inspired a 26-episode anime adaptation released in April 2019, and produced by Ufotable Studios. Additionally, the movie Kimetsu no Yaiba: Mugen Ressha-hen is currently available in theaters in Japan, having been released on October 16.

In the Taisho era in Japan, Tanjiro Kamado is a kind and intelligent boy who lives with his family in the mountains. Tanjiro has become the head of his family after his father’s death, making constant trips to the village at the foot of the mountain to sell firewood and charcoal.

However, his life changes when one day, when he returns home after spending a night out, he discovers that his family has been killed by a demon. Tanjiro and his sister Nezuko are the only survivors now, but he has been turned into a demon, although surprisingly he still displays emotions and seems to have a sense of reason. After an encounter with Giyuu Tomioka, a demon hunter; Tanjiro decides to become a demon hunter to hunt down his family’s killer and find a way to return Nezuko to normal.