In the official Twitter account for the animated adaptation of Koyoharu Gotouge’s manga, Kimetsu no Yaiba, it was announced that the film Kimetsu no Yaiba- Nada Spider Mountain will be broadcast for the first time on television on October 17 at 9:00 p.m. (Japan Standard Time).

It is worth mentioning that this is a compilation film of episodes 15 to 21 of the original anime broadcast, with some added scenes that do not directly influence the main story. However, in the message of Twitter it was expressed: “Tomorrow on the Saturday Premium block of Fuji TV will air Kimetsu no Yaiba – Nada Spider Mountain with new unreleased scenes. Please enjoy this broadcast and don’t miss the announcement at the end of the show. ” 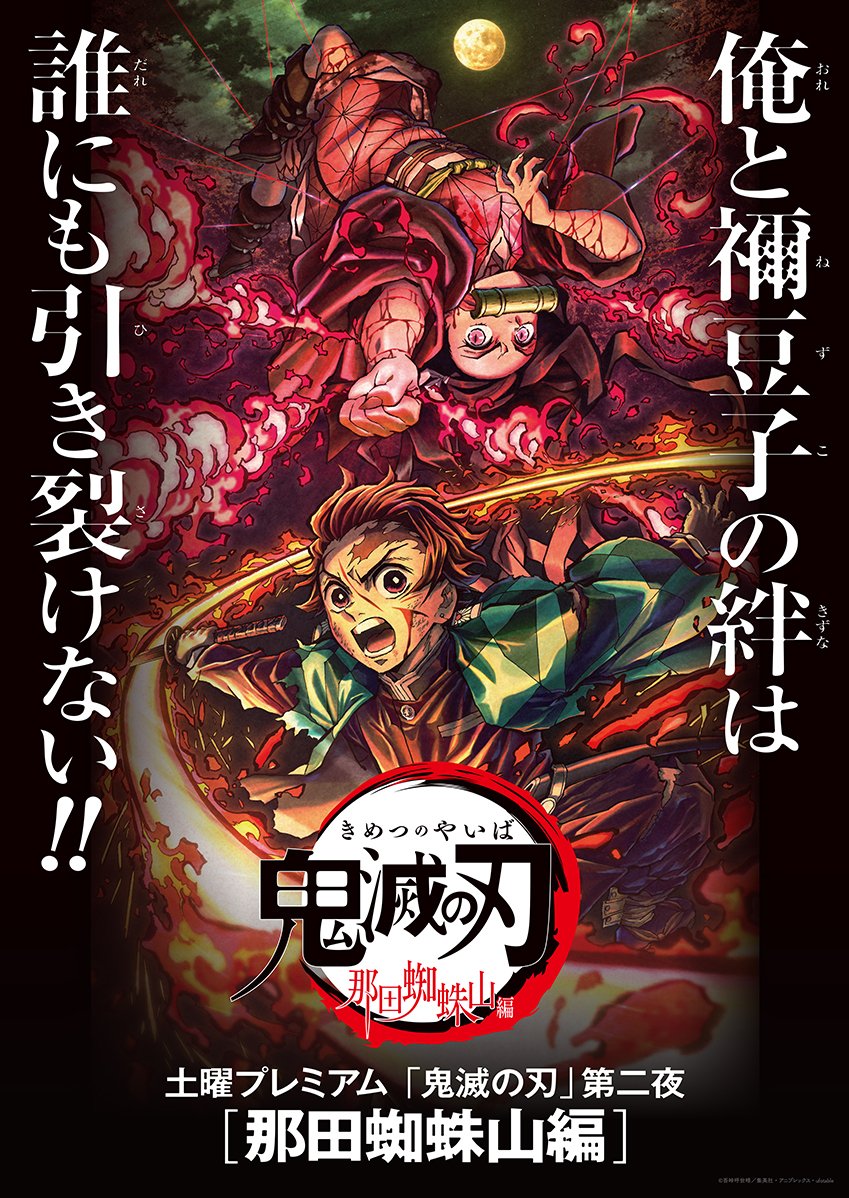 It is important to mention that reliable sources to this website directly from Japan allowed us to confirm that the production of a second season of the animated adaptation is already in production, so there are possibilities that this is the officialization of the announcement.

Finally, the film Kimetsu no Yaiba: Mugen Ressha-hen opened in Japanese theaters on October 16 in Japan and is a direct sequel to the events of the anime, adapting the “Infinity Train Arc” from the original manga. Koyoharu Gotouge published the manga in Shueisha publisher’s Weekly Shonen Jump magazine between February 2016 and May 2020.

Tanjirou Kamado and his friends from the Demon Hunter Corps accompany the Pillar of Fire, Kyoujurou Rengoku, on a mission to investigate a series of disappearances that occur inside a train. Little do they know that Enmu, one of the members of the Twelve Moons of Demons, is also on board and has set a trap for them.