On the official site for the animated adaptation of the manga written and illustrated by Yasuhisa Hara, Kingdom, revealed a commercial for the third season of the project. The video confirms that the series will resume in April 2021.

The series premiered in Japan on April 6 and suspended the broadcast of new episodes after the fifth on April 26 due to the effects of the COVID-19 pandemic on production. The production committee had previously revealed that the series would resume in the spring season. Finally, the statement also revealed a new promotional image.

For his part, Hara began publishing the Kingdom manga in Shueisha’s Weekly Young Jump magazine in 2006. The publisher published the 59th compilation volume on September 18, and will publish the 60th on December 18. The work recently surpassed 70 million cumulative copies in circulation. 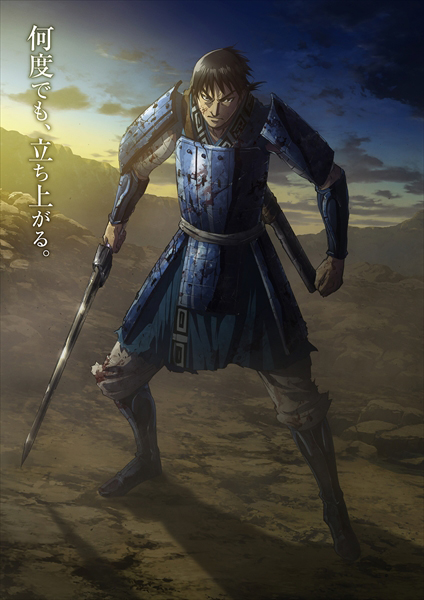 During the period of the “Warring States” in Ancient China (421-221 BC), Shin and Hyou are war orphans in the kingdom of Qin. They dream of one day testing themselves on the battlefield.

However, one day Hyou is brought to the palace by a minister. Ending on the losing side of a power struggle, Hyou manages to return to his village, barely alive. Shin, for his part, meets a boy very similar to Hyou, named Ei Sei, who, for now, is the King of Qin, and who in the future will become Emperor Shi Huangdi.

Kaifuku Jutsushi no Yarinaoshi: popularity increases in Japan
10 hours ago

Gotoubun no Hanayome is preparing an original course?
12 hours ago