The Crunchyroll platform announced that it has added to its catalog the 49 episodes of the series Kirakira Precure A La Mode in America. 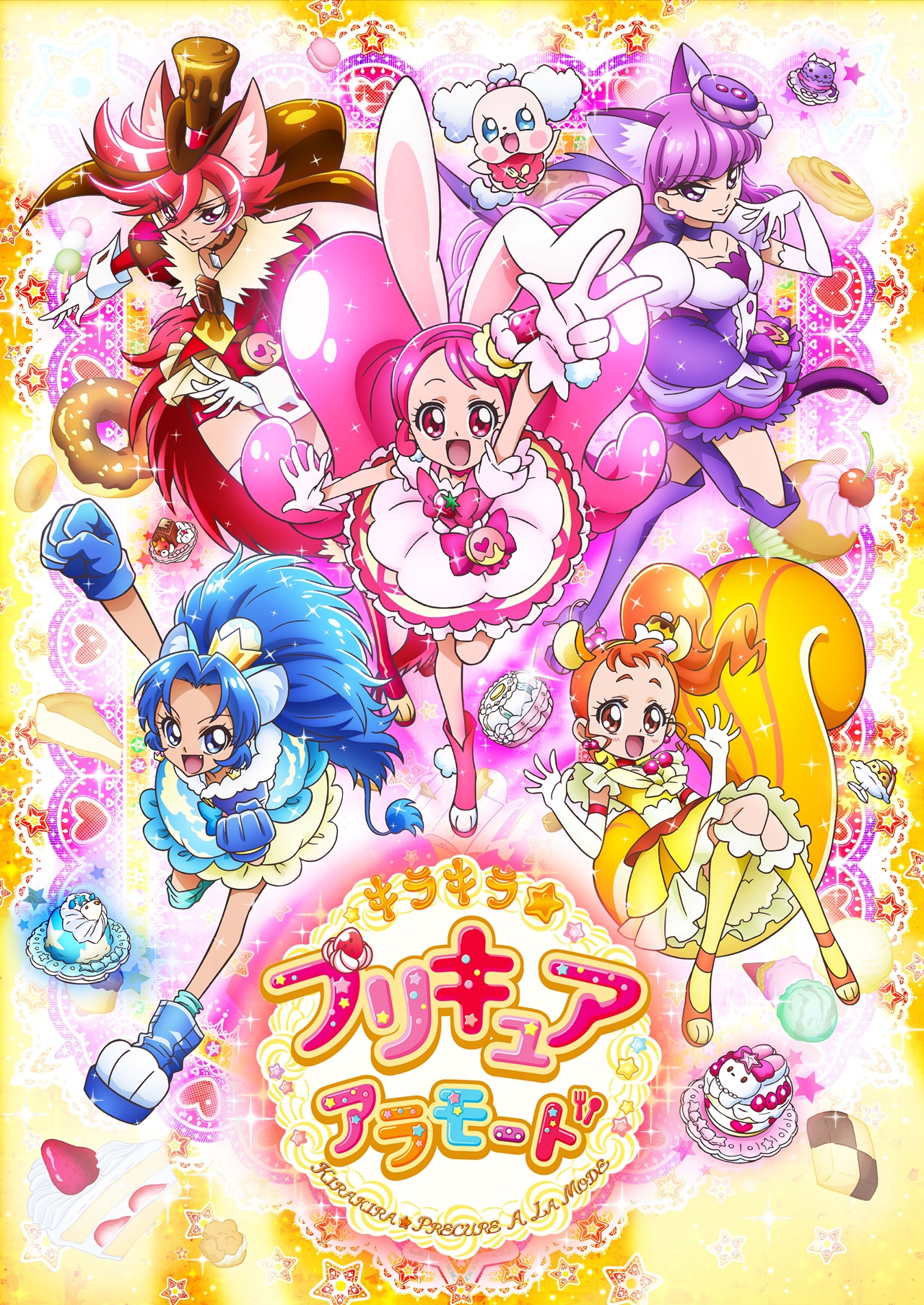 Kouhei Kureta and Yukio Kaizawa were directing the series at Toei Animation Studios.
Jin Tanaka (Go! Princess Precure) was in charge of writing and supervising the scripts.
Yuuki Hayashi (My Hero Academia, Death Parade) was in charge of the composition of the soundtrack.
Marie Ino (Death Note, Heartcatch Precure!) Was in charge of character design.

Ichika Usami is a high school sophomore who loves sweets and dreams of working in a pastry shop, but struggles to cook something good. One day, she meets a fairy named Pekorin, who is able to detect the “kirakiraru”, an element that resides in sweets and that represents the feelings imposed on its creation.

However, the evil fairies have started stealing the kirakiraru for herself, leaving the candy black and lifeless. Determined to protect them, Ichika gains the power of the “Legendary Confectionery” and transforms into the magical girl, “Cure Whip.”