Shogakukan publishing house published the cover of this year’s 24th issue of Weekly Shonen Sunday magazine, confirming the production of an animated adaptation of the manga written and illustrated by Tomohito Oda, Komi-san wa, Komyushou desu (Komi Can’t Communicate ). This edition will be released on May 12 in Japan, and the production details that were leaked this morning are expected to be confirmed. The notebook Komi is holding has the text “ア ニ メ 化 で す”, which translates to “It will be animated”. 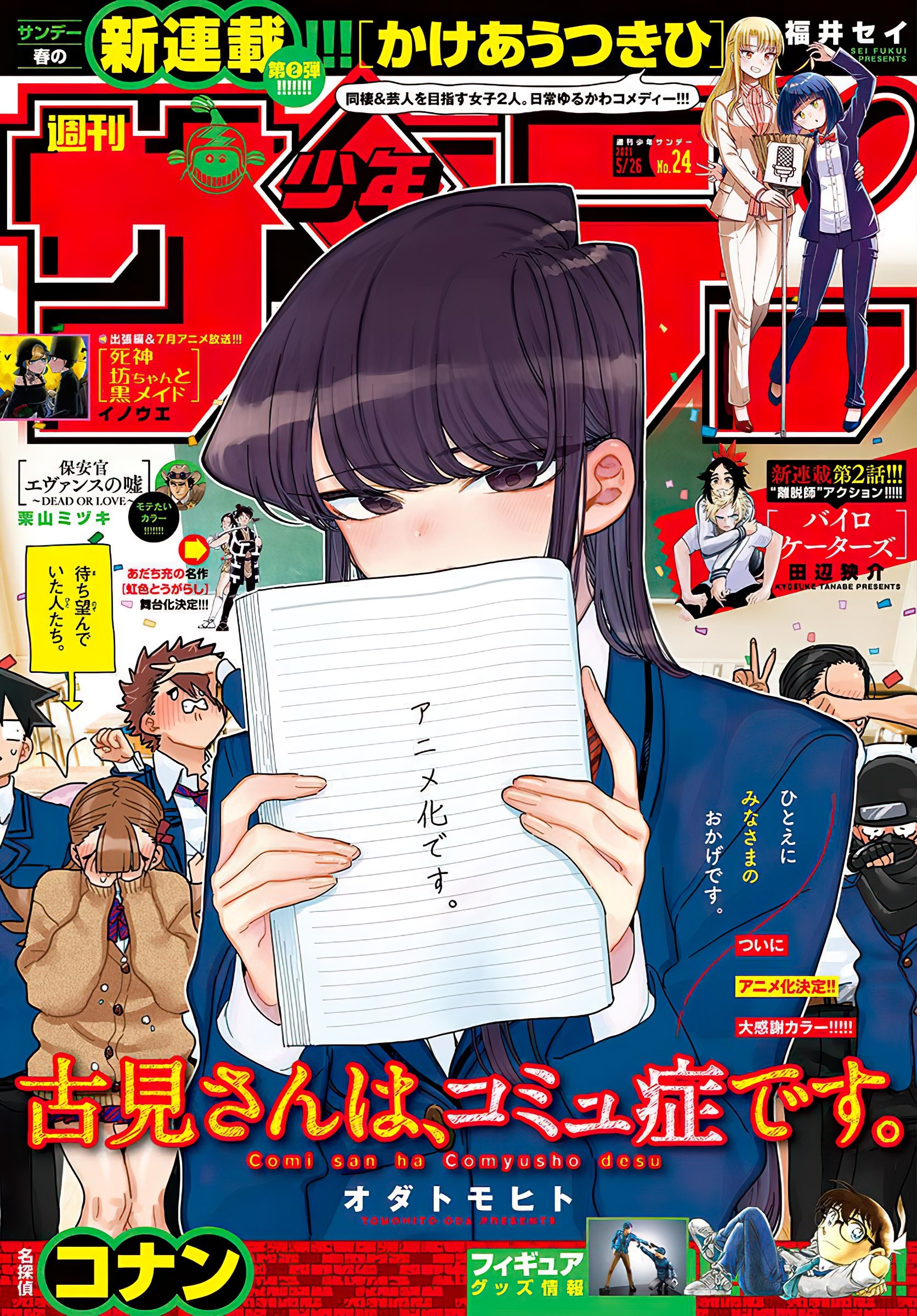 According to a previous leak, the series has its premiere scheduled for next October in Japan, and the content of the fields “Voice cast” and “Production team” have also been part of this leak, so They are not yet fully confirmed. For his part, Oda began publishing the manga in May 2016 through Shogakukan publisher’s Weekly Shonen Sunday magazine. The publisher published the 19th compiled volume in November 2020, followed by the 20th on February 18 in Japan. The work already has more than 5.2 million copies in circulation.

See also  Uma Musume: Pretty Derby and Evangelion among the 30 most successful brands of the year

On her first day attending the Itan Private Academy, Shouko Komi immediately receives overwhelming attention and popularity due to her stoic beauty and refined elegance, which is why her peers perceive her as a goddess.