At the close of the airing of the final episode of the animated adaptation of the light novels written by Kumano and illustrated by 029, Kuma Kuma Kuma Bear, production of a second season of the project was confirmed. The announcement did not reveal production details or release date. 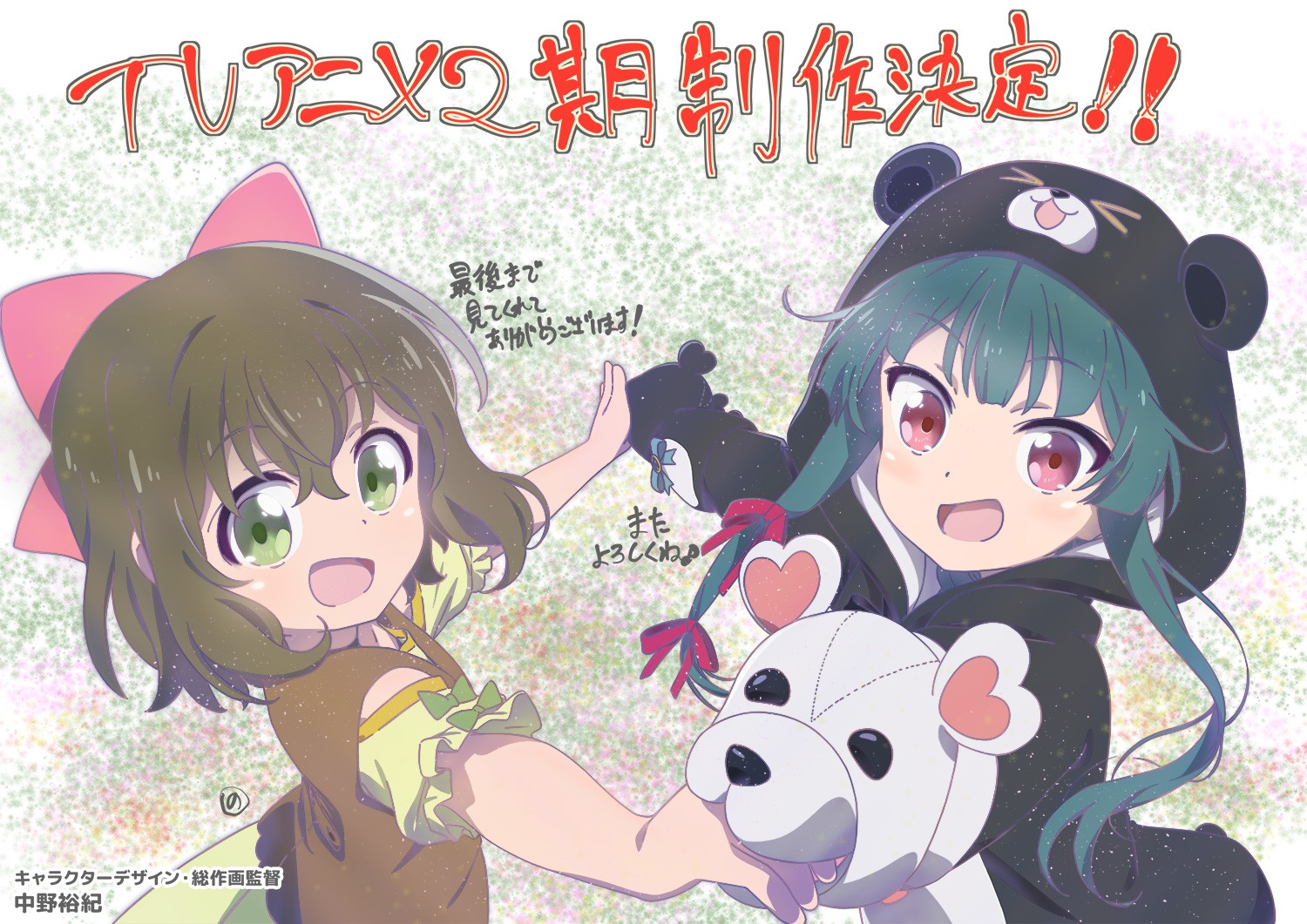 This first season premiered in Japan on October 7 and had a total of twelve episodes. For its part, Kumano began publishing the novels on the Shousetsuka ni Narou website in 2014, and later began publishing them on paper through the Shufu to Seikatsu Sha publishing house in May 2015.

Yuna, a fifteen-year-old girl, starts playing her first VRMMO game. She has raised billions of yen in shares, and is confined to home to play without going to school. Today, a major update has hit the game and she gets a super rare, non-transferable bear costume.

But using it is so embarrassing that you don’t dare to equip it, it doesn’t even help the fact that it’s just a game. Also, when you answer the satisfaction survey about the new update and restart the game, she discovers that she is in a strange forest and is wearing the suit.

Where I am? A message from God? A different world? If she is wearing the bear suit (which is a very powerful item) it means that she is invincible, but if she takes it off she is just a normal girl. The adventure that Yuna never asked for has just begun!

Suggest bitcoin price drop was due to power outage in China

Bitcoin outperforms traditional assets without the need for leverage

General Motors opens the doors to bitcoin
20 hours ago