An official announcement reported that the Tensei Shitara Slime Datta Ken (That Time I Got Reincarnated as a Slime / TenSura) and Kumo Desu ga, Nani ka? (So ​​I’m a Spider, So What?) Will have a special joint event that will air in Japan on December 19. The event will feature the voice cast and present the first ten minutes of the first episode of Kumo Desu ga, Nani ka ?. 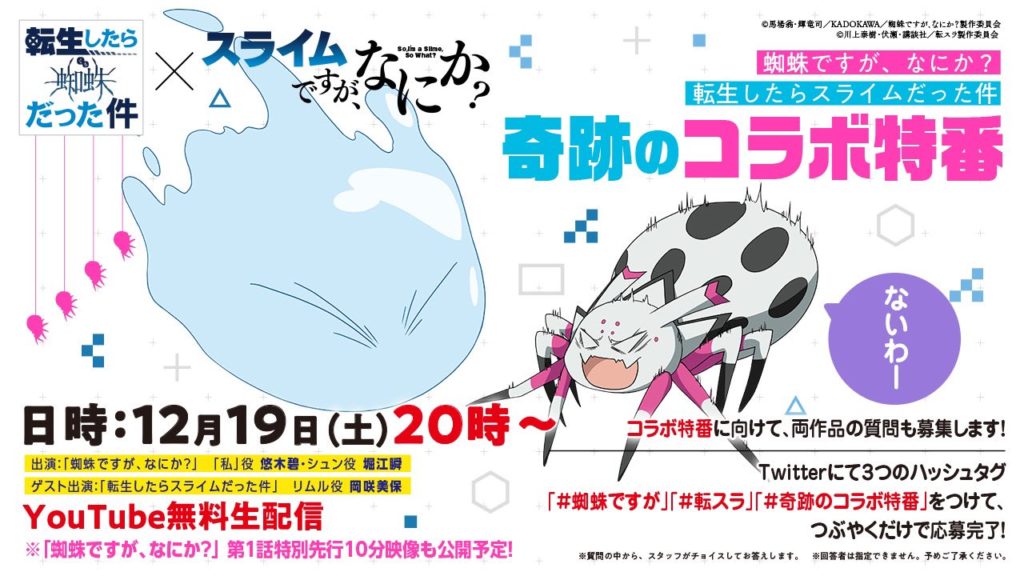 The students who died in the explosion will reincarnate in a different world. The female protagonist, who has the lowest reputation in the class, was reincarnated as a spider. However, she quickly adapted to the present condition with great willpower. This is a story of a spider trying everything it can to survive.