On the official Twitter account for the animated adaptation of the light novels written by Okina Baba and illustrated by Tsukasa Kiryuu, Kumo desu ga, Nani ka? (So ​​I’m a Spider, So What?), The opening and closing sequences of the series were shared. The opening sequence features the song “Keep weaving your spider way” performed by Riko Azuni.

The series has been broadcast in Japan since January 8 in Japan and is confirmed with a total of 24 episodes that will be broadcast consecutively, with the Crunchyroll platform in charge of its global distribution.

Furthermore, Baba and Kiryuu began publishing the light novels in December 2015 through Fujimi Shobo publishing house. The publisher published the thirteenth volume on July 10, and will publish the fourteenth on January 9 in Japan. 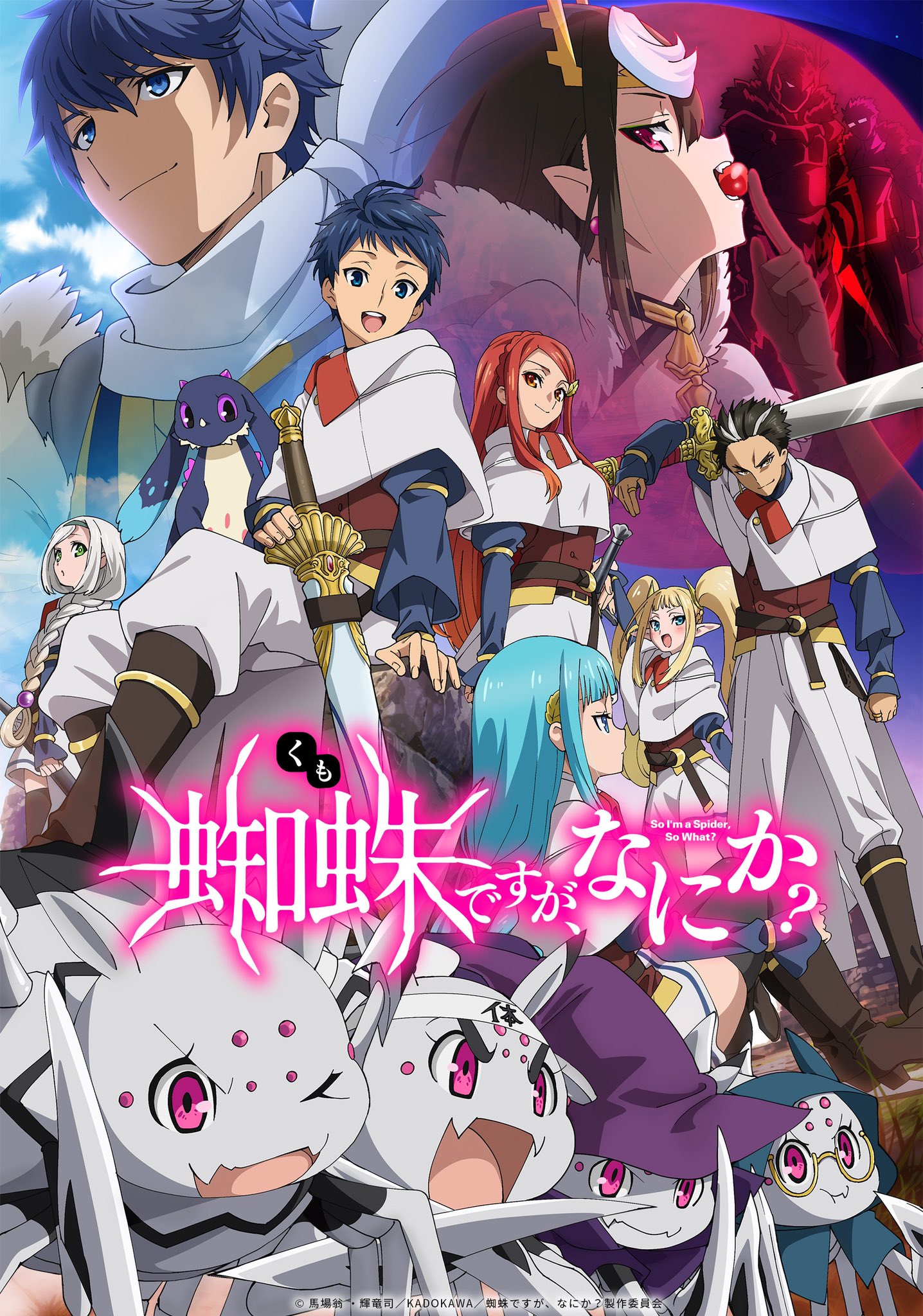 The world where the Hero and the Demon King continue to oppose each other. The great magic of the Hero and the Demon King cross worlds and explode in the classroom of a certain high school. The students who died in the explosion will reincarnate in a different world. The female protagonist, who has the lowest reputation in the class, was reincarnated as a spider. However, she quickly adapted to the present condition with great willpower. This is a story of a spider trying everything she can to survive.