On the official site for the anime adaptation of the manga written and illustrated by Haruhisa Nakata, Levius, a new promotional video was posted commemorating the television broadcast of the series. The premiere is scheduled for the month of January 2021.

The twelve-episode series has already premiered through the Netflix platform on November 28, 2019 in Japan, however, it is repeated that this is referring to a premiere on Japanese television. This new broadcast will also feature new music tracks, including:

Finally, Nakata published the original manga in Shogakukan’s Monthly Ikki magazine between December 2012 and September 2014, with three compiled volumes. Subsequently, a sequel entitled Levius / est has been in publication in the Ultra Jump magazine of the Shueisha publishing house since April 2015. 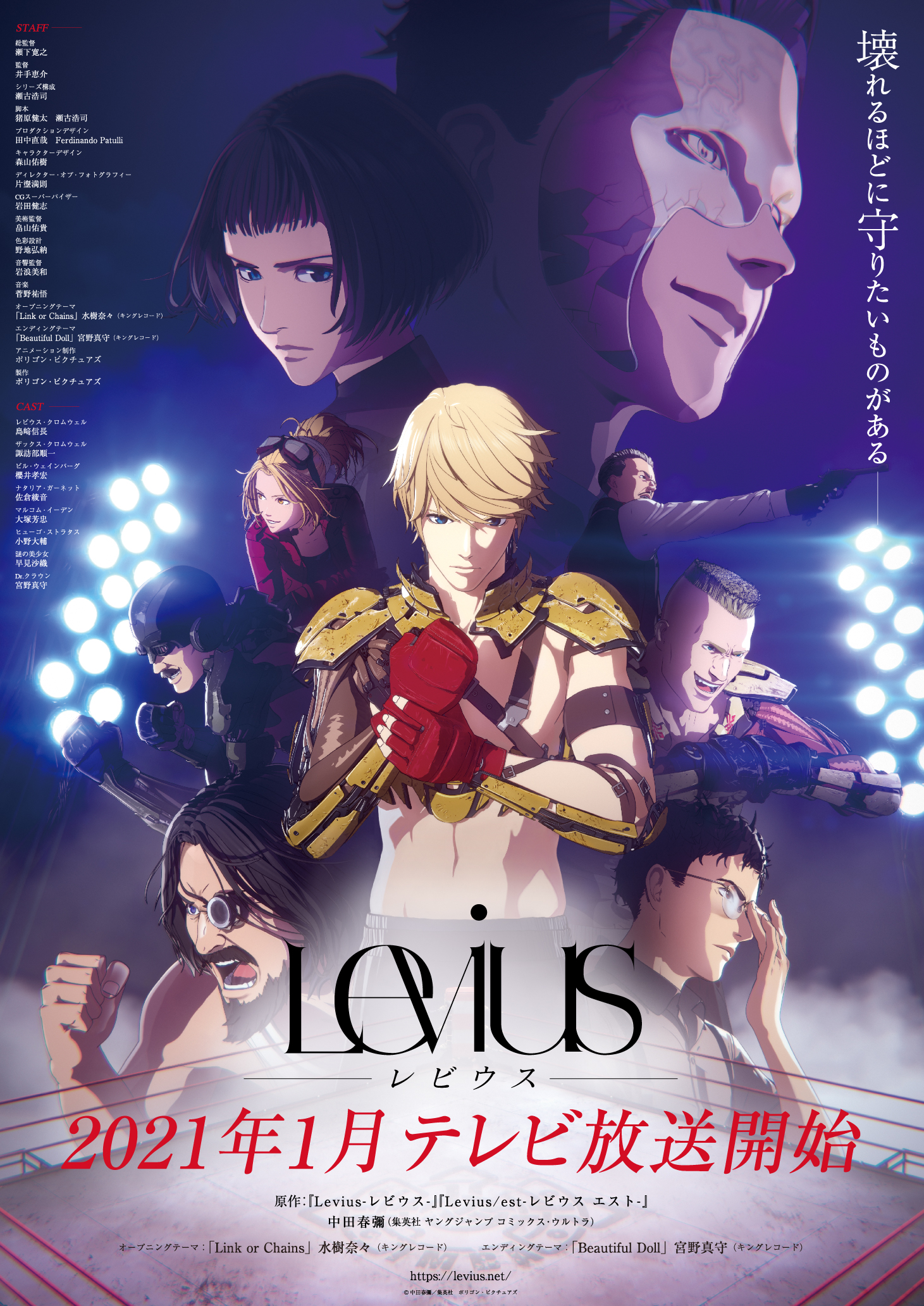 Keisuke Ide directed the anime at Polygon Pictures Studios.
Hiroshi Seko (Shingeki no Kyojin: Lost Girls, Owari no Seraph) was in charge of writing and supervising the scripts.
Yuki Moriyama (Sidonia no Kishi) was in charge of character design.
Yugo Kanno was in charge of the composition of the soundtrack.

During the post-war 19th century empire, “mechanical boxing” emerged, involving people who have modified their bodies. Under the teachings of his uncle, Levius, a lonely young man who lost his father in the war and whose mother is in a coma, will meddle in this dangerous sport.