A leak from China reported the registration of the internet domain (http://lupin-pt6.com), indicating the production of the anime Lupine III: Part 6. The domain is currently inaccessible, however, the first promotional visual was leaked that indicates that this anime is part of the projects for the fiftieth anniversary of the franchise, and that the production will be carried out by TMS Entertainment studios. 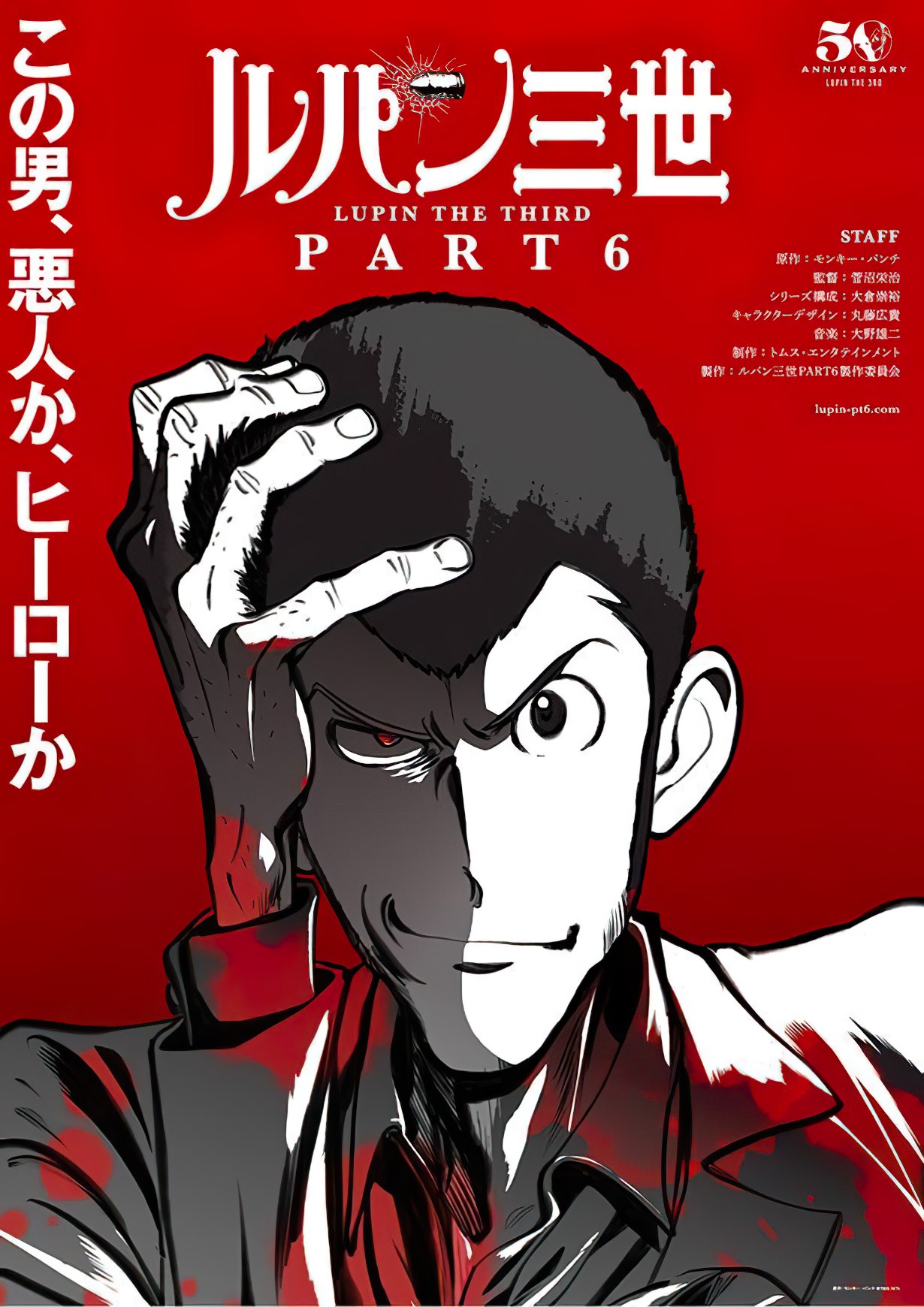 Over fifty years after its inception, Lupine III remains popular, with a sixth anime series broadcast in 2018. Critical reception for the franchise has been largely positive in its various incarnations, with the charisma of the main characters being the main factor in the success of the series.

Arsène Lupine III, the grandson of the fictional thief knight, Arsène Lupine, is considered the world’s greatest thief, known for announcing his intentions to steal valuable items by sending a business card to his owners. His right hand man and his best friend is Daisuke Jigen, a skilled marksman who can accurately shoot a target in 0.3 seconds. Although Lupine and Jigen frequently work as a two-man team, they are often joined by Goemon Ishikawa XIII, a master swordsman whose sword can cut through anything, and Fujiko Mine, a fatal woman and Lupin’s love interest. Although Fujiko generally works alongside others, she occasionally exploits Lupin’s interest in her to steal the treasure for herself. Lupine and his gang are constantly hunted by Interpol Inspector Koichi Zenigata, who has made his life’s job to arrest them, chasing Lupine around the world.