The publisher of the Kodansha publishing house Ranobe Bunko reported through his official Twitter account that the light novels written by Kakeru Kobashiri and illustrated by Takashi Iwasaki, Mahoutsukai Reimeiki (The Dawn of the Witch), will have an anime adaptation. The announcement was confirmed in the headline of the third volume of the literary series, and more details will be revealed soon. It should be noted that previously it had already been revealed that this literary franchise would have an important announcement. 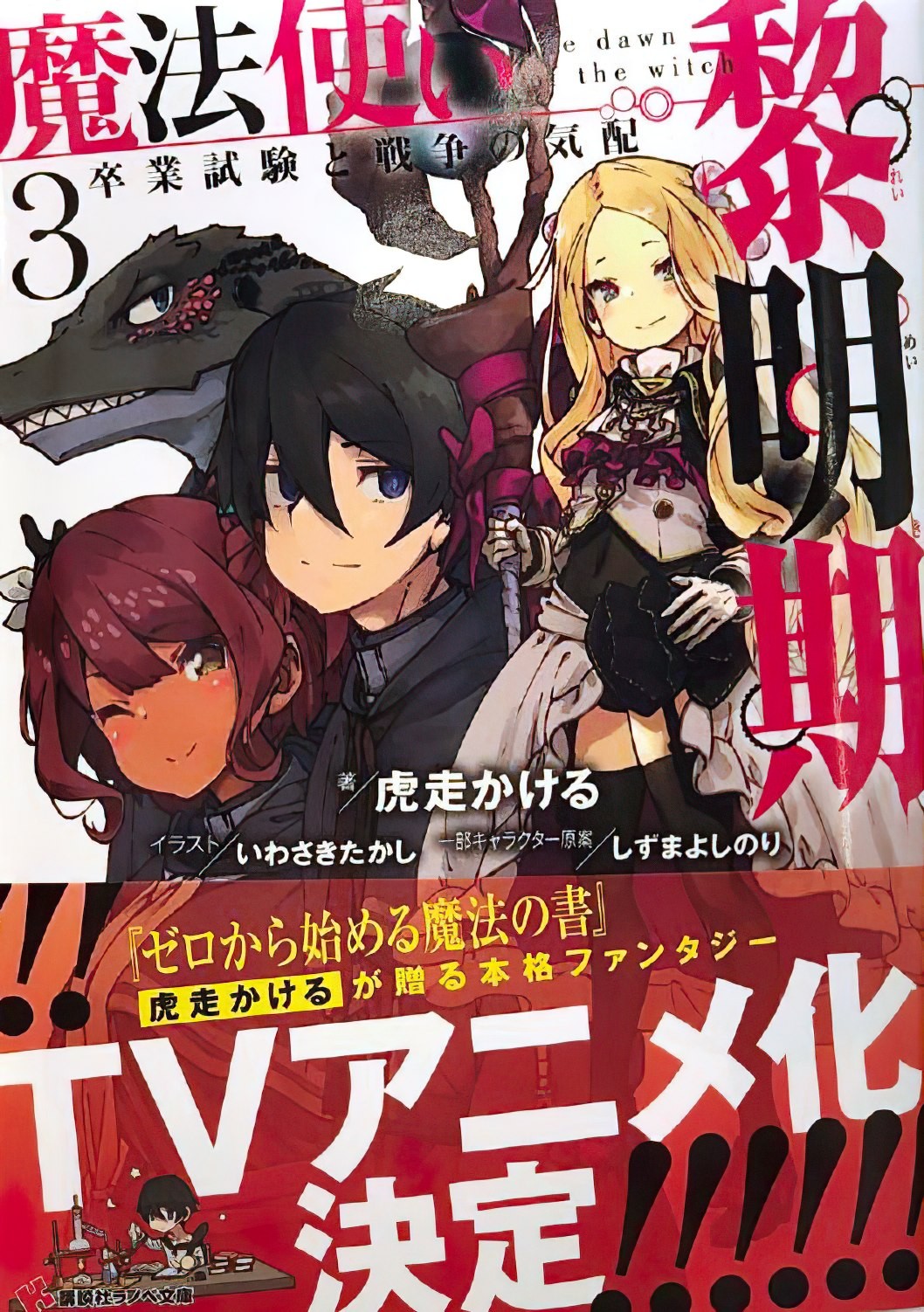 On the other hand, Kakeru Kobashiri began the publication of the light novels through the Kodansha Ranobe Bunko publishing house since August 2018 in Japan, with illustrations by Takashi Iwasaki. The Kodansha publishing house published the second volume in March 2019, and will publish the third on May 6 in Japan.

The war that was fought between the Church and the Witches for five centuries finally ended in peace, but only a few years ago. Yet nestled in the gloomy places of the world, the embers of that ancient conflict still burn. A troubled student named Sable, who attends the Wenias Kingdom Royal Academy of Magic, has no recollection of the time of him before enrolling. Under Headmaster Albus, he left the Kingdom to travel to the southern reaches of the continent, where anti-magic insurgents remain a force to be reckoned with, as part of a special training regimen.

He is accompanied by a group of individuals strong in both capacity and personality; there is the one known as the Witch of the Dawn, Roux Cristasse, who seeks the forbidden knowledge of primitive magic in the “Grimoire of Zero”, the girl genius Holtz, as well as the only beast in the school, Kudd. What truth will they discover on their journey south?

US intelligence chief to meet with South Korea, Japan counterparts
29 mins ago