On the official site for the anime adaptation of the light novels written by Shu and illustrated by Yoshinori Shizuma, Maou Gakuin no Futekigousha: Shijou Saikyou no Maou no Shiso, Tensei shite Shison-tachi no Gakkou e, the cover of the fourth volume was revealed Blu-ray / DVD compilation. 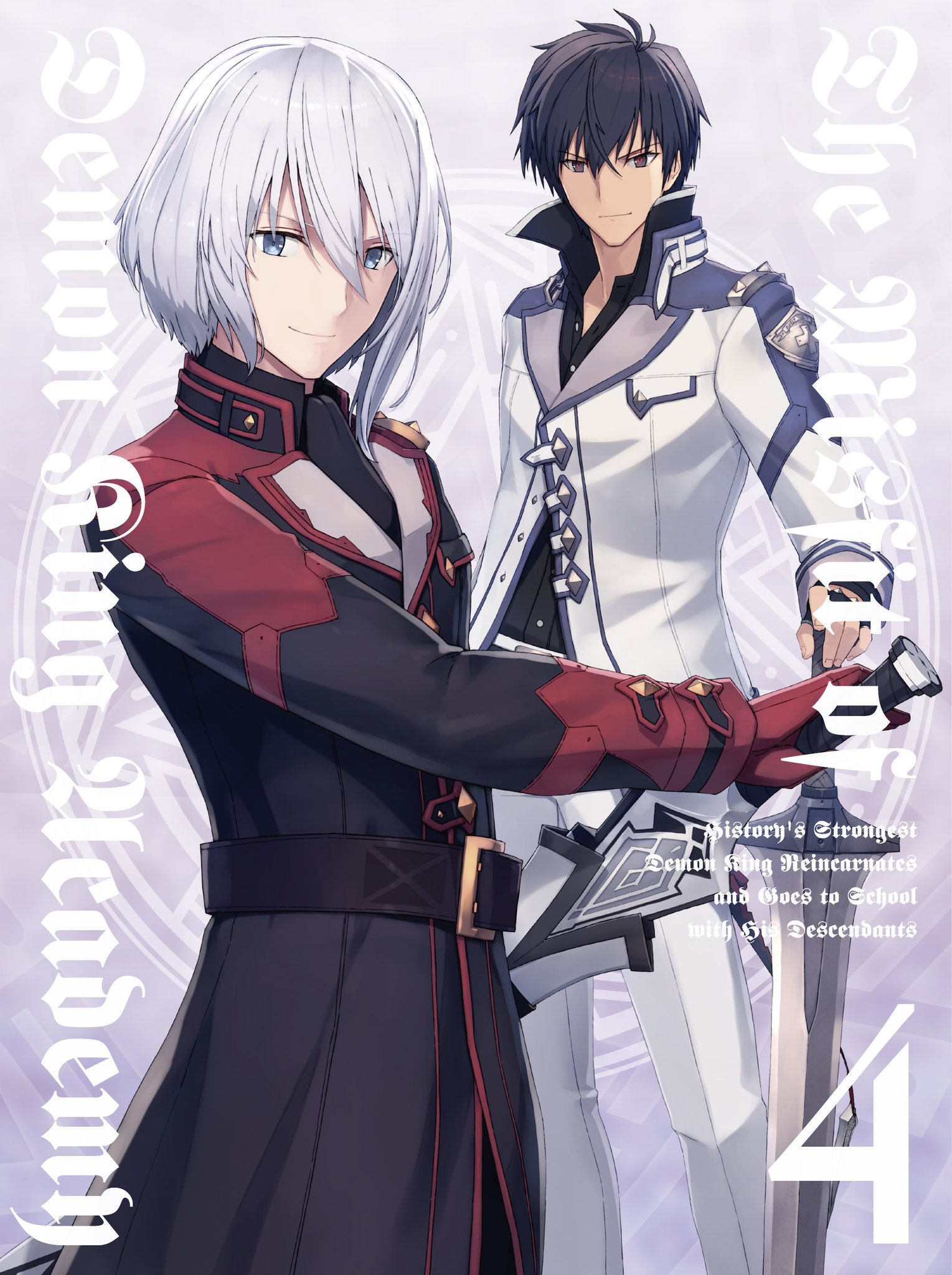 For its part, the anime premiered on July 4 in Japan and had a total of thirteen episodes. Shu began publishing the novels on the Shousetsuka ni Narou website in April 2017. Kadokawa Publishing House publishes the novels on paper with illustrations by Yoshinori Shizuma, and published the eighth volume on October 10 in Japan.

Masafumi Tamura (Two Car, Kenja no Mago) directed the anime at SILVER LINK Studios, with the assistance of Mirai Minato (Masamune-kun no Revenge, Sunohara-sou no Kanrinin-san).
Kazuyuki Yamayoshi (Chaos; Child) was in charge of character design.
Keiji Inai was in charge of the composition of the soundtrack under the audio direction of Ryousuke Naya.

Despite their appetite for destruction, even demon kings tire of blood and chaos sometimes! When Anos reincarnates in hopes of a more peaceful life, he ends up going to school with his descendants in his old castle 2,000 years later. But with magic disappearing in this new era, and Anos keeping his, who can stand up to it ?!

Bitcoin price pulls back after weekend jump
18 hours ago