On the official site for the upcoming original anime from animation studios PINE JAM (Kageki Shoujo !!, Gamers!), Titled Do It Yourself !!, a new promotional image for the project was posted, starring the character Miku Suride, also known as “Purin”. A scheduled release date has yet to be revealed, and the site offered a description of the character:

Purin is a high school freshman who maintains excellent grades and attends an elite school. She lives next door to Self Yua, with whom she is a childhood friend, but lately her relationship has been a bit awkward. Purin is a hard worker and is always eager to improve. Her nickname comes from the fact that she tends to puff out her cheeks and pout when she gets angry. 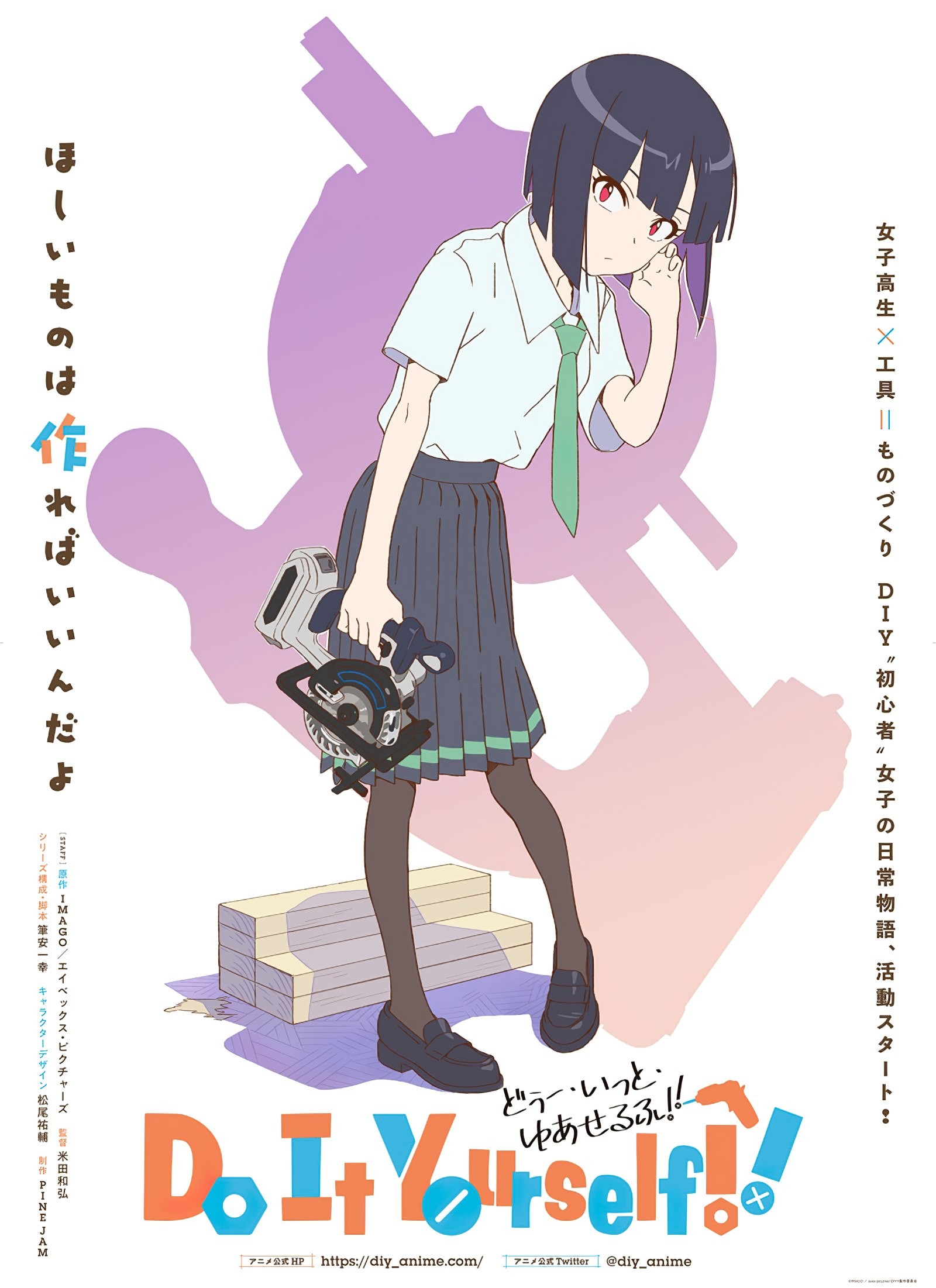 Synopsis of Do It Yourself!!

The story focuses on the daily lives of high school girls, as they spend their time trying to create DIY-type things. The main promotional image shows the two protagonists, Self and Purin, doing some crafts together.