There are unforgettable films for their performances, music, or for their photography. But there are films that combine masterful performances by actresses and iconic dresses, and the result of that union gets all the applause.

We want to share with you dresses worn by famous actresses, which became iconic, either because of the awards the film won or because of the influence it had on other generations. We also want to give you a voucher from a television series that we could not pass up. 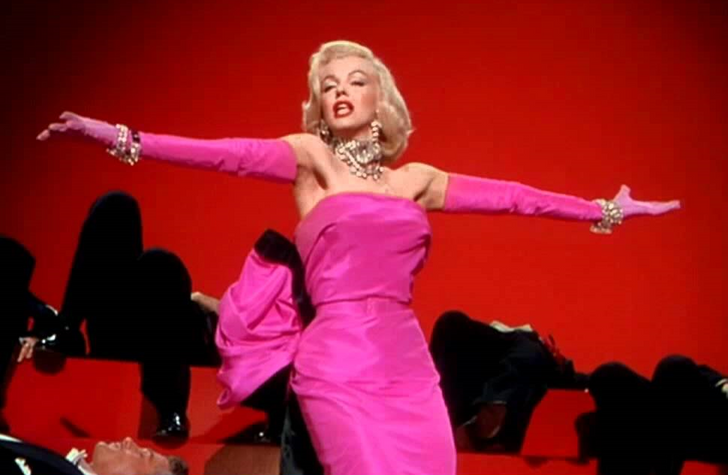 The title of this film marked a milestone in romantic relationships, and even made us ask ourselves a question: do gentlemen really prefer blondes?

During the musical number Diamonds are a girl’s best friend, Marilyn Monroe wears this beautiful strapless pink dress with a gigantic bow at the back, accompanied by long gloves, an exclusive creation of William Travilla. Travilla designed the costumes for the actress in eight of her films. However, this costume became so iconic that it has been worn by various actresses and singers throughout history, such as Kylie Jenner, Madonna, Thalía and Ariana Grande.

The pink dress was auctioned on Profiles in History in 2010, with an estimated price between 150,000 and 250,000 USD, finally being sold for 310,000 USD. Because of this, it was considered by The Marilyn Monroe Collection as “the most important dress in the history of cinema that has been put up for auction.” 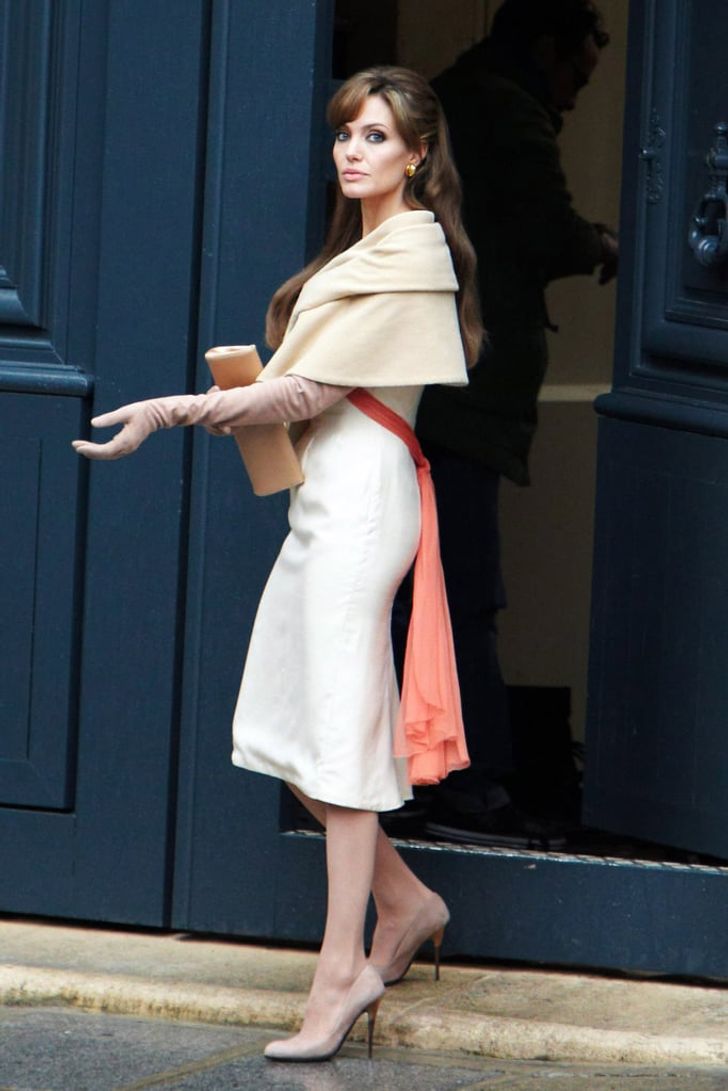 Although it did not meet expectations at the box office, in terms of costumes, this film is a true feast for the eyes, as we can see in this photo. Here, designer Colleen Atwood, who had worked on fantasy and period films, decided to do something more contemporary.

She designed 12 dresses for Angelina Jolie’s character, the mysterious Elise Ward, always combining the old with the modern, as the personality of the woman. For the outfit in the photo, Colleen was inspired by Irene (a designer from the 1930s), adding a stole from her vintage over her shoulders. 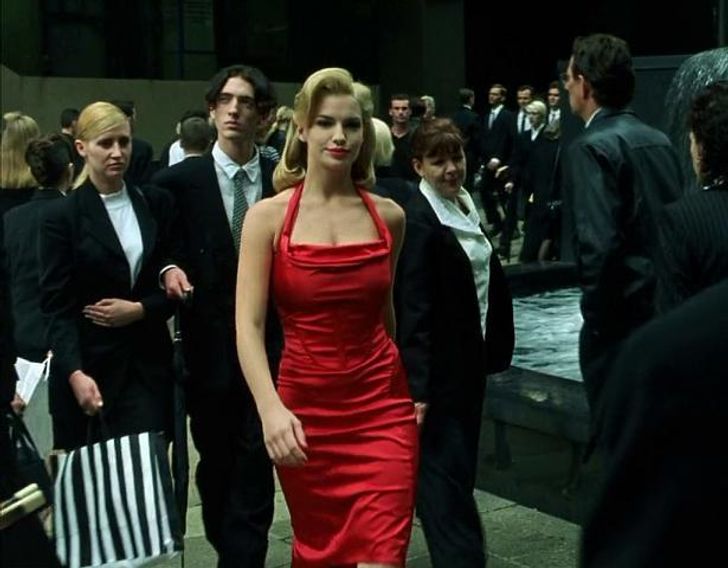 Although it is true that in the Matrix, Carrie-Anne Moss’s dress and Keanu Reeves’s wardrobe, the work of designer Kym Barrett, are iconic, we want to highlight this other feminine outfit from the saga, since, in the first film, the Dress is, more than a garment, a symbol.

Neo discovers that he has lived his entire life connected to a virtual reality system: The Matrix. Morpheus takes him out of there and helps him wake up. He then trains him to destroy the system from within, connecting it to a simulation. There a girl in red appears among the people. Morpheus explains that the Matrix is ​​a system, and that it is the enemy. All the people around them “are the minds of whom you are going to try to save. But not everyone wants to be saved and that makes them part of the system. Potentially, the woman in red or anyone else could be Agent Smith, since “they (the agents) are everyone and nobody.” That is why, without being as innovative as the costumes of the protagonists, this dress is a fundamental piece in the plot of the story. Also, she has a slight resemblance to Marilyn Monroe, don’t you think? 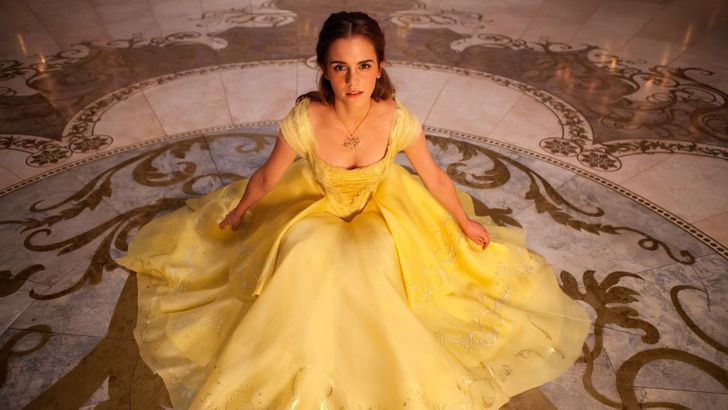 This model is based on the costumes from the animated movie. During the film’s most romantic moment, Emma Watson wears the same dress model that we had seen and loved in the animated version. The one responsible for making it happen was Jacqueline Durran, who followed Emma’s suggestion and made her wardrobe totally eco-friendly. The film was nominated for an Oscar for the beauty of its outfits.

WhatsApp: What does the red chili emoji mean?