On the official site for the animated adaptation of the light novels written by Rifujin na Magonote and illustrated by SiroTaka, Mushoku Tensei: Jobless Reincarnation, a new promotional image of the project was published. The image compiles the four previously published individual character illustrations. 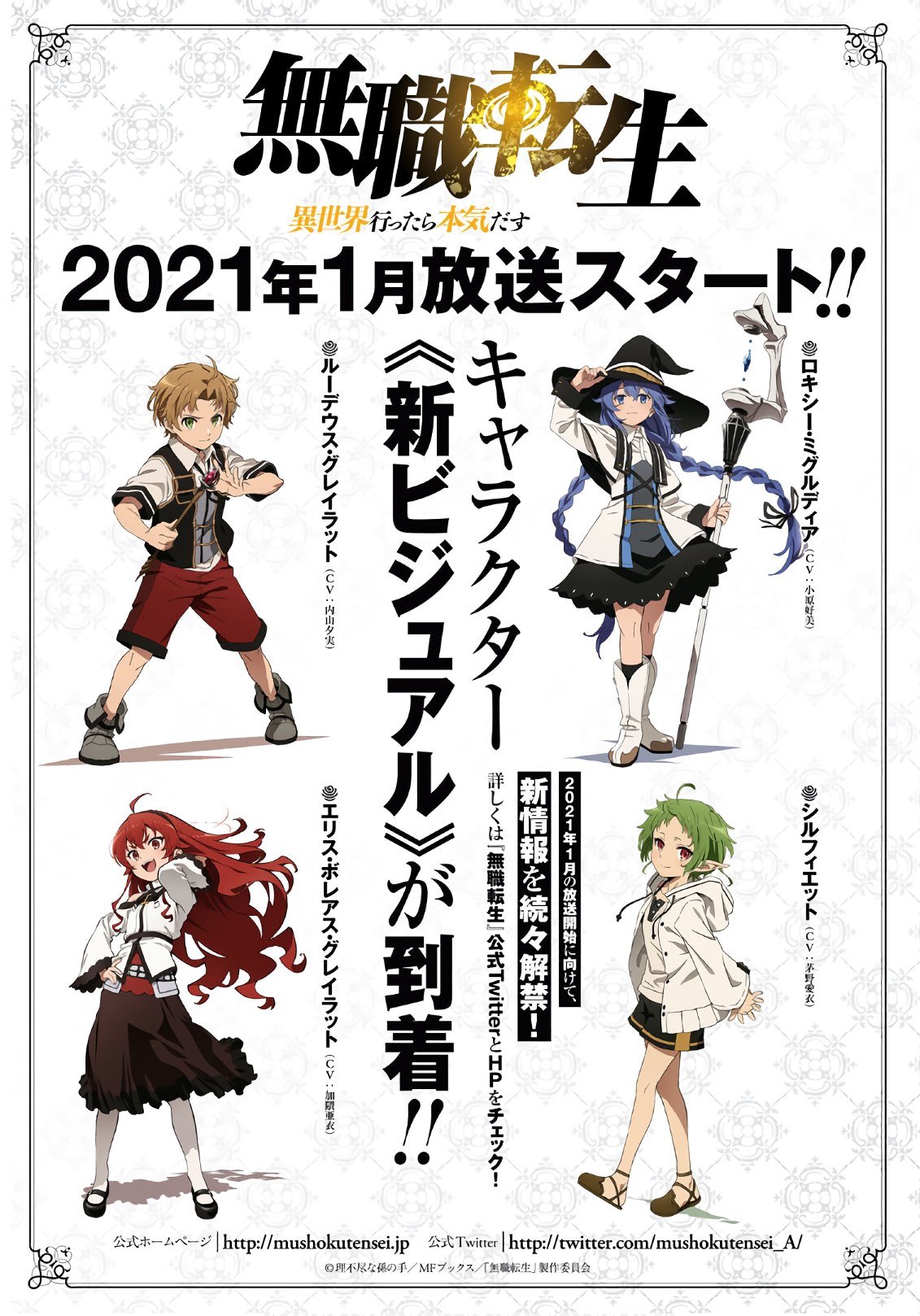 The series has its premiere scheduled in Japan for January 10, 2021 at 24:00 hours (effectively at 00:00 hours on January 11, 2021) through different distributors. The distribution rights have been left to the Funimation platform, so it will be available in Mexico and Brazil simultaneously with its broadcast in Japan. Finally, on December 27, a special broadcast will be held at 8:30 p.m. where more information about the project will be revealed.

Rifujin na Magonote began publication of the novels on the Shousetsuka ni Narou website in November 2012 and ended in April 2015. Subsequently, the Media Factory publisher began publishing on paper with illustrations by SiroTaka in January 2014. The publisher published the twenty-second volume in July 2019.

Manabu Okamoto (Gamers!) Is directing the anime at Studio Bind.
EGG FIRM is credited for production.
Kazutaka Sugiyama (Darling in the FranXX) is in charge of character design.
Yoshiaki Fujisawa is in charge of the composition of the soundtrack.

Killed while saving a stranger during a traffic accident, a 34-year-old NEET reincarnates in a new world of magic under the name Rudeus Greyrat, a newborn. With knowledge, experience and regrets from a past life, Rudeus vows to lead a full life and never repeat his mistakes.

Now gifted with tremendous magical power, as well as the mentality of a grown man, Rudeus is seen as a potential genius by his new parents. Soon, he will find himself being trained by powerful warriors, including his father, a swordsman, and a wizard named Roxy Migurdia. But despite his innocent exterior, Rudeus remains a perverted otaku, using his vast knowledge to make women his own that he never enjoyed in his previous life.