A leak on the social network Weibo assured that the next sequel announced for the animated franchise of Gotoubun no Hanayome (The Quintessential Quintuplets) has dated its premiere for the year 2022. The leak is not confirmed and it did not specify yet if it is a third season or a feature film. It should be noted that more information is expected during the event “Gotoubun no Hanayome ∬ – SPECIAL EVENT 2021 in Nakano Sunplaza”, which will be held on April 18 in Japan. 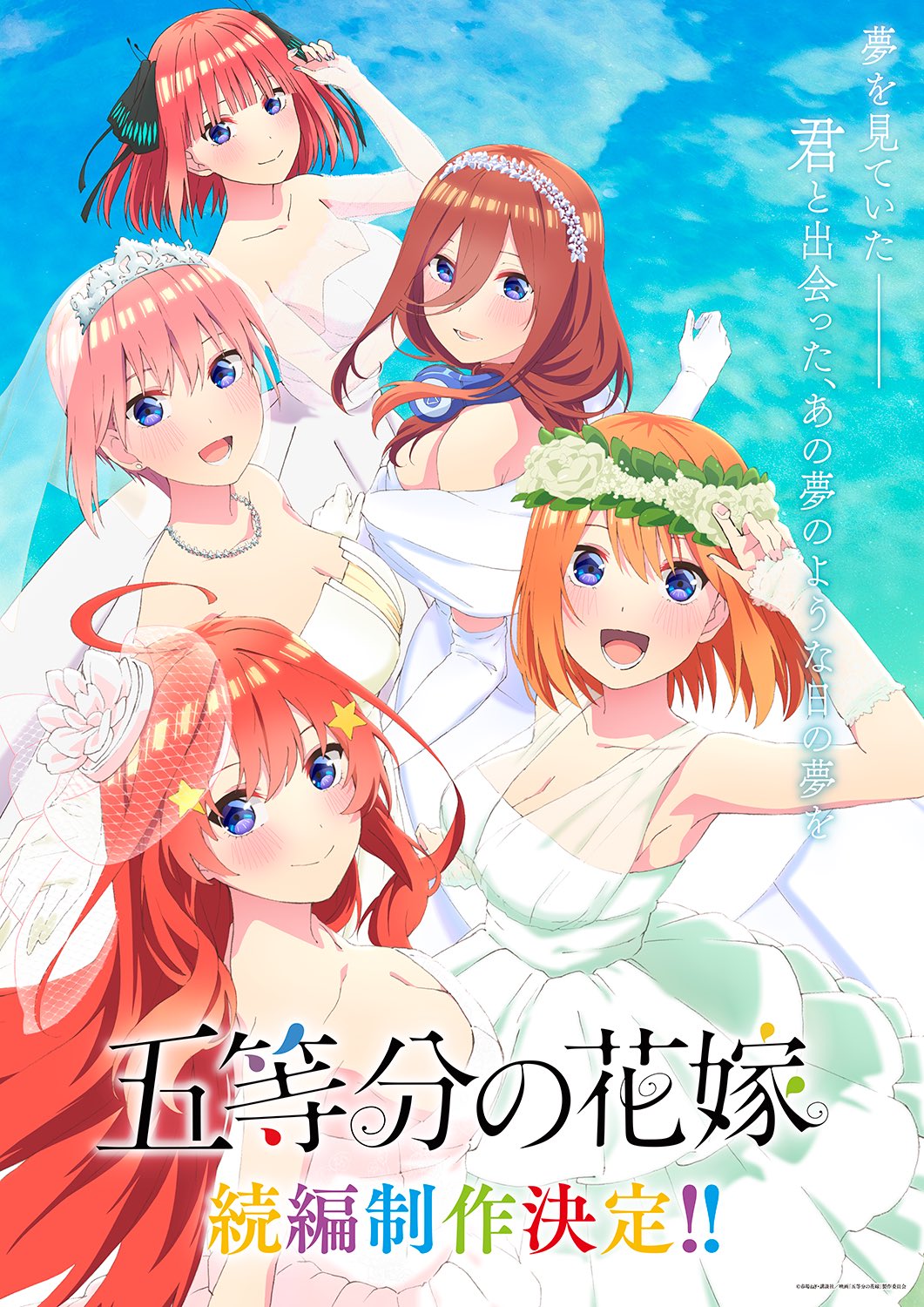 For his part, Haruba published the manga in Kodansha publisher’s Weekly Shonen Magazine between August 2017 and February 2020. The publisher compiled the work in a total of fourteen volumes and in April 2020 the color reprint of the work directly in volume format, with the eleventh released on February 17.

Fuutarou Uesugi is an excellent high school student, but he leads a difficult life. His distant personality and lonely nature have left him friendless, and his father is in debt, forcing his family to fight for survival. One day during lunch break, Uesugi argues with a transfer student who has claimed “her seat” from her, causing the two of them to dislike each other. That same day, he is presented with a golden opportunity to pay off his family’s debt: a private tutoring job for the daughter of a wealthy family, with a salary five times the market price. He accepts the proposal, but is horrified to find out that the client, Itsuki Nakano, is the girl he faced earlier!

After unsuccessfully trying to get Itsuki’s approval, Uesugi discovers that his problems don’t end there: Itsuki is actually a quintuplet, so in addition to her, he must also tutor her sisters: Miku, Yotsuba, Nino, and Ichika. “That despite the very real threat of failing, they want nothing to do with a tutor.” However, his family’s livelihood is at stake, so Uesugi forges on, steadfast in his determination to rid the sisters of their hatred for studying and successfully lead them to graduation.