On the official site for MAPPA studios original anime, Taiso Samurai, the second promotional video for the project was posted.

The series has its premiere scheduled for October 10 through the NUMAnimation television block of the television station TV Asahi. Previously, the studio had already confirmed the production of an original anime, but it was not until August 13 that it confirmed the details. Today’s release also included a new promotional image. 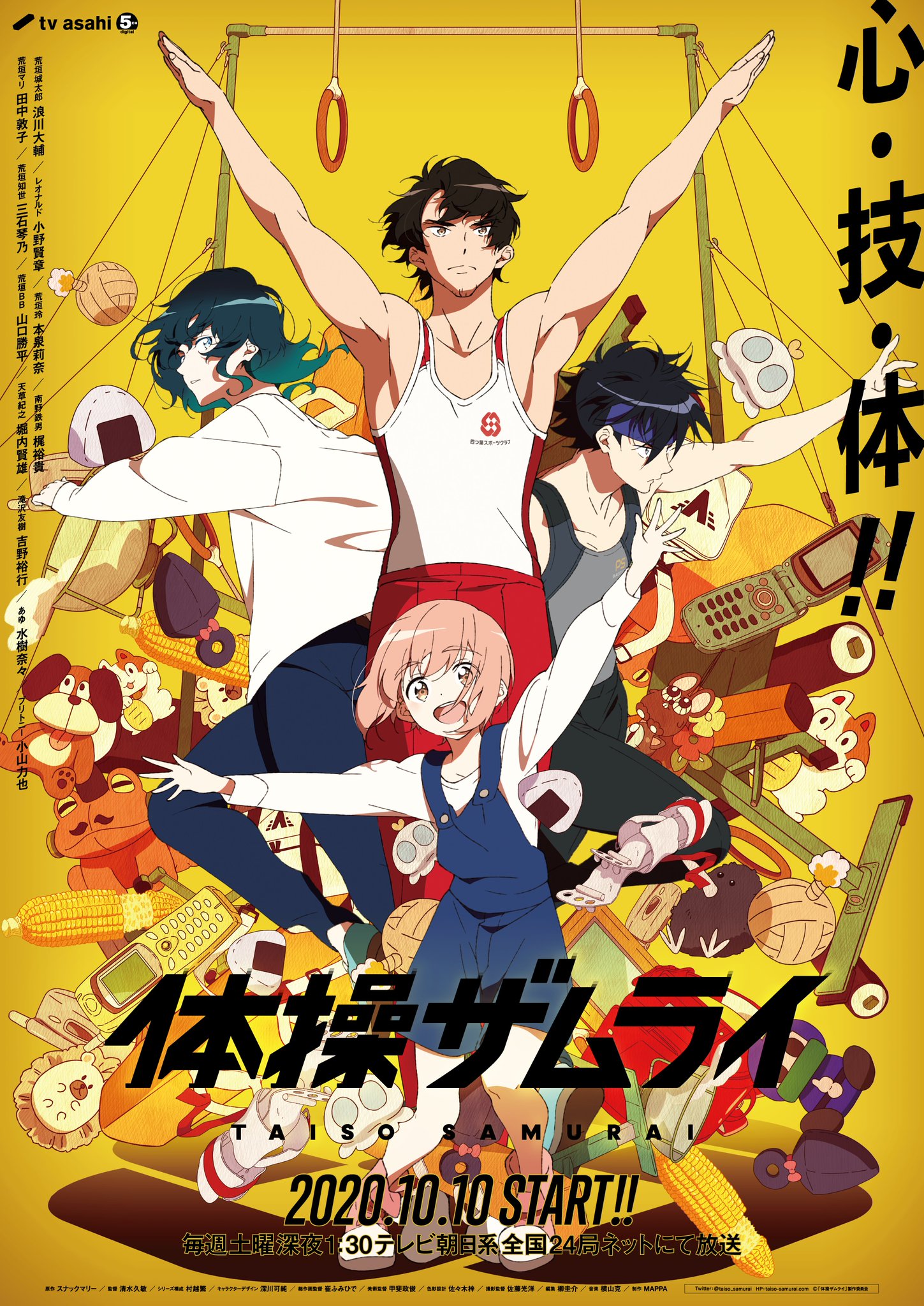 The story takes place in 2002 and centers on the once-unbeatable Japanese men’s gymnastics team. Shoutarou Aragaki, the former member of the Japanese team who dedicated his life to gymnastics, can no longer compete with his expectations. Even though he continues to train tirelessly from day to day, his Amakusa coach advises him to give up. However, a certain encounter will alter Aragaki’s sad fate.

Sephiroth already has his place in the Super Smash Bros. Ultimate mural

Sword Art Online: Progressive could have a project in development
14 hours ago

Sword Art Online: Progressive could have a project in development

Majo no Tabitabi: Important announcement this month
19 hours ago