On the official site for the original anime World Witches Hasshin Shimasu! (World Witches Take Off!) The first promotional video of the project was published. The video confirms that the series will premiere in Japan on January 12, 2021.

The series of shorts of 15 minutes each has its premiere scheduled in Japan for January 12, 2021 at 24:45 hours (effectively January 13, 2021 at 00:45 hours) through different television channels . Previously, through the distribution information of the compiled Blu-ray / DVD volumes, it was confirmed that the series will have twelve episodes. Finally, this anime is a direct sequel to the Strike Witches: 501 Butai Hasshin Shimasu! Series, which originally aired between April and June 2019. 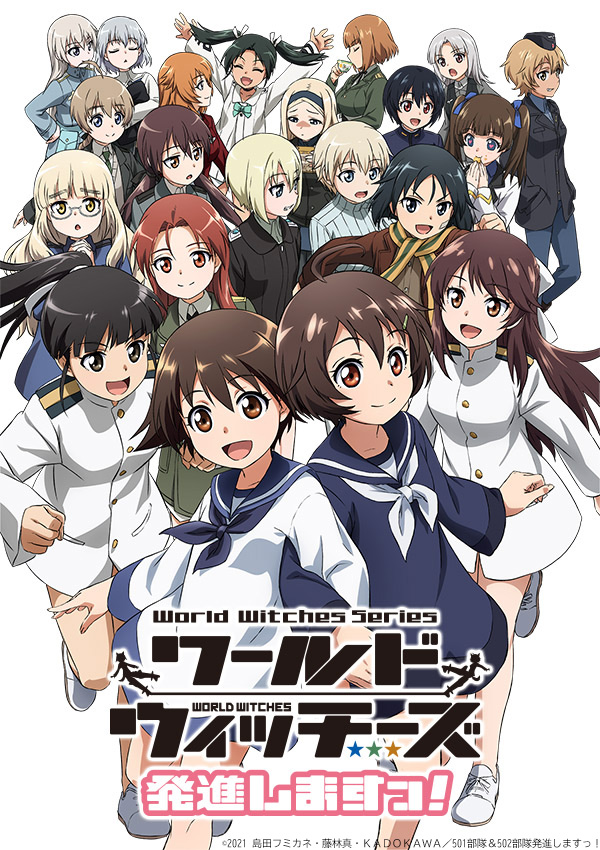 Countries around the world formed an alliance to neutralize an emerging enemy of humanity, “Neuroi”, whom only girls with special powers could counter. However, the Neuroi never appeared. Now, instead of fighting, the witch girls spend days waiting for something to happen and killing time doing anything.

This time, not only following Battalion 501, but also Battalion 502, known as the “Brave Witches!”, This then is the second volume of this comedy of retelling of life based on the battle witches…who do not fight!