Disney and Pixar often leave a few loose ends in their tapes for fans to comment on and find out. Most of those details focus on small references to previous work or cameos from iconic characters. For example: in the film Hercules, Scar from The Lion King appears, in Frozen you can see the presence of Rapunzel and in Wifi Ralph you see all the Disney princesses in their 3D version.

We know that his readers love to know these kinds of curiosities, so he drew up a list of those characters that appeared in the blink of an eye in other films without us noticing. 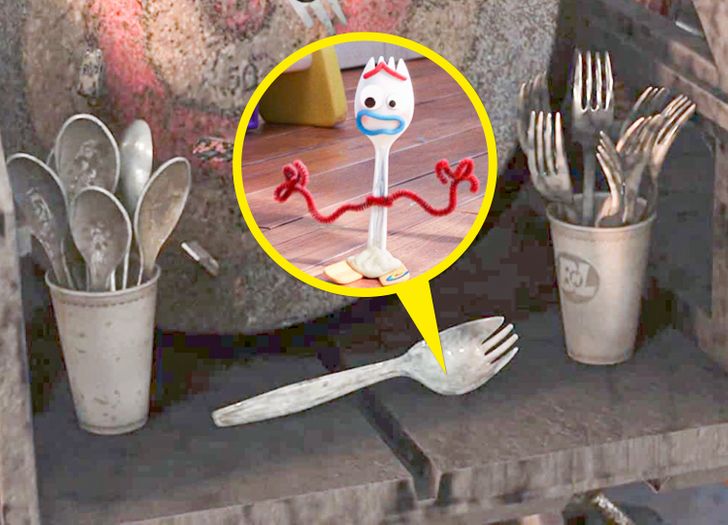 Forky was one of the interesting characters presented in Toy Story 4 (2019), but the truth is that it had already appeared years ago in the movie Wall-E (2008), when the robot begins to go through the garbage and finds a fork identical to the one character.

2. Sebastian from The Little Mermaid in Aladdin 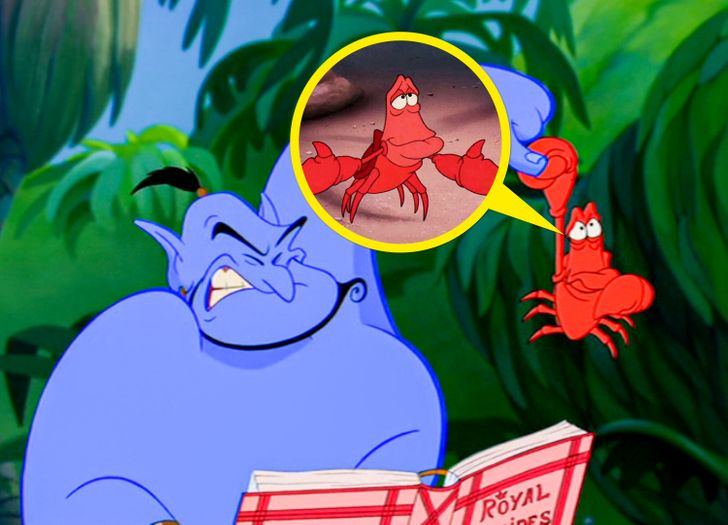 The crab Sebastian from The Little Mermaid (1989) appears in the movie Aladdin (1992), when the genie in the lamp tries to find the recipe to turn Aladdin into a prince. When Sebastián comes out and takes the genie’s finger, part of the song “Bajo el mar” is heard for a few seconds. 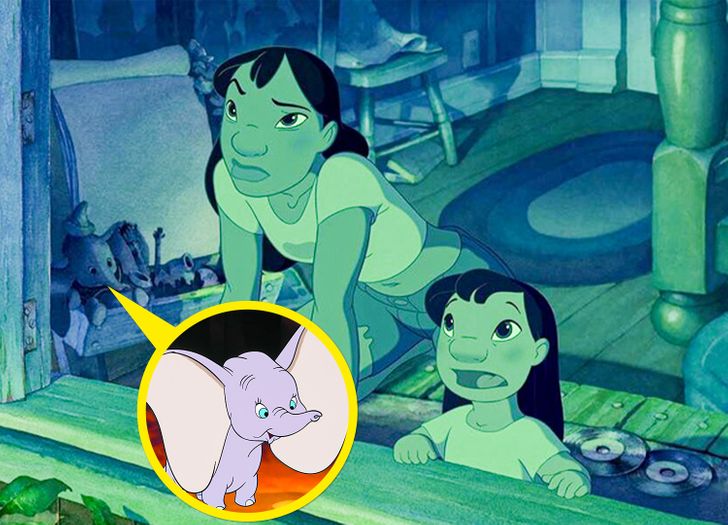 The beautiful and cuddly elephant appears several times in Lilo & Stitch (2002). One of those moments is when Stitch lands on Earth and Lilo and Nani run to the window to see what it is. In that shot, the figure of Dumbo (1941) is seen in the form of a doll. 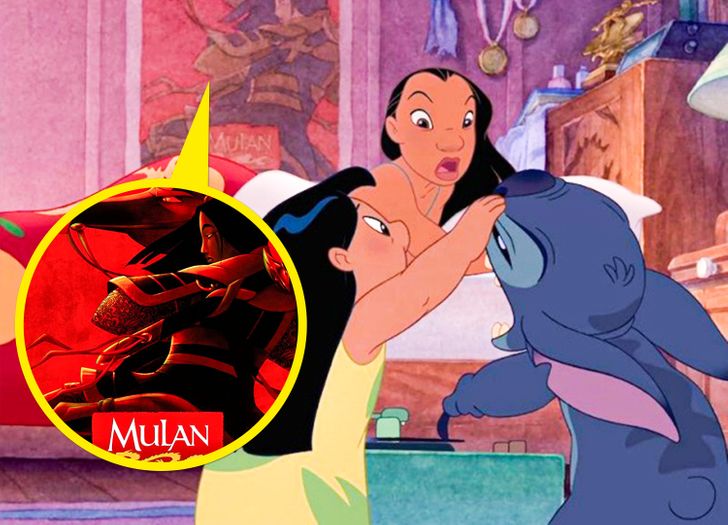 Mulán (1998) has two references in Lilo & Stitch (2002); one is when in Nani’s room you can see the poster for the movie of the same name, and the other is from the girls’ favorite restaurant called “Mulán Wok.” 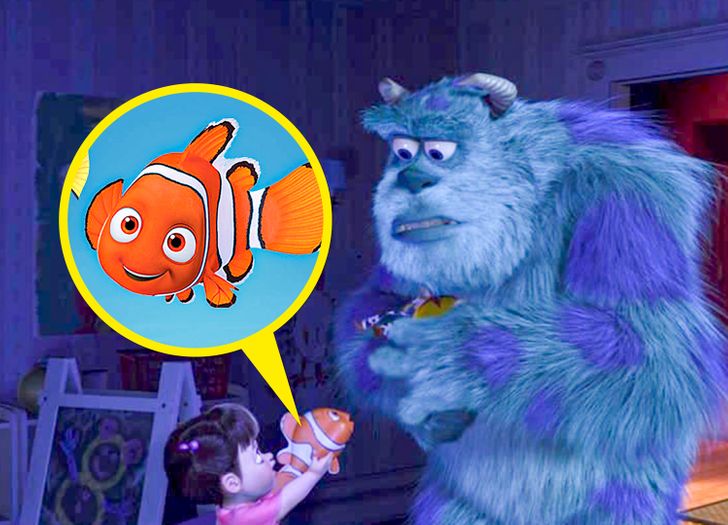 The clownfish from Finding Nemo (2003) appears in Monsters Inc. (2001) at the moment when Boo tries to give Sulley a toy of the popular animal.

6. Mrs. Potts and Chip from Beauty and the Beast in Tarzan 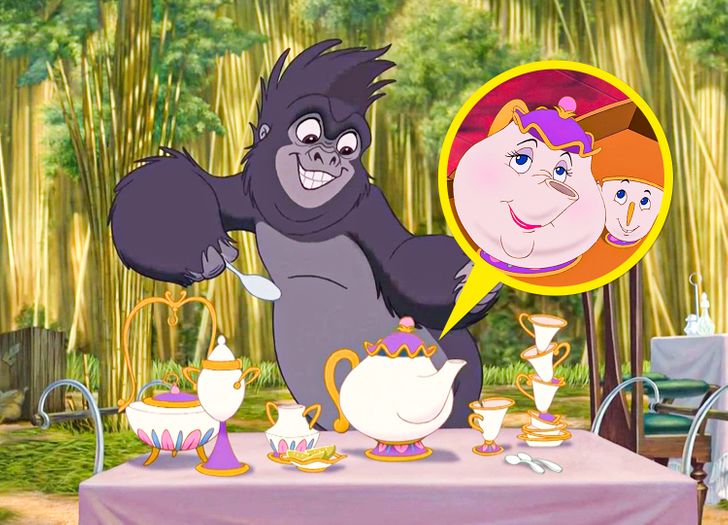 Mrs. Potts and her son Chip from Beauty and the Beast (1991) manage to transform into humans when Bella breaks the Beast’s spell. However, by the time we see Tarzan (1999) they look like a teapot and cup again.

7. Scar from The Lion King in Hercules 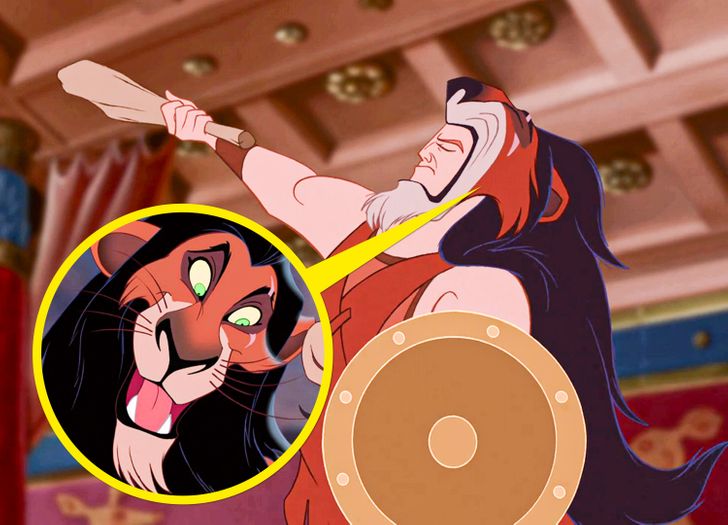 The evil Scar from The Lion King (1994) appears in a very particular way in Hercules (1997): as animal skin, which the son of Zeus puts on for a moment and then throws him to the ground.

8. Jock from Lady and the Tramp in 101 Dalmatians: The Series 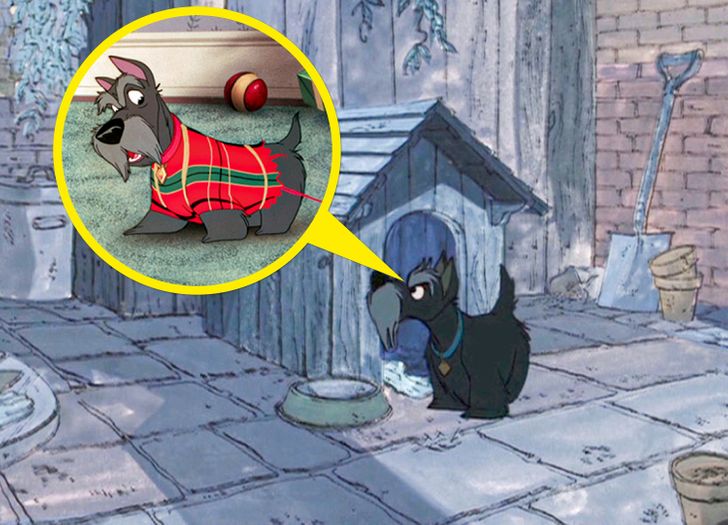 Jock is a Scottish terrier who appears in Lady and the Tramp (1955), but makes a cameo appearance in the pilot episode called “The New Home” of Spin-off 101 Dalmatians: The Series (1997).

9. Bomb Voyage from The Incredibles in Ratatouille 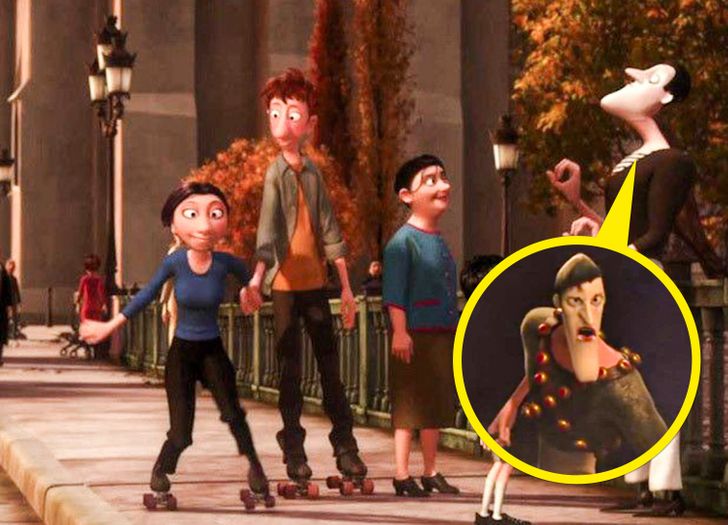 This evil character from The Incredibles (2004) is presented as a criminal mime who speaks French. So it doesn’t seem strange that he makes a small appearance as a street mime in the movie Ratatouille (2007), for when Linguini and Colette are skating.

10. Rapunzel and Flynn from Tangled in Frozen

Rapunzel and Flynn from Tangled (2010) appear in Frozen (2013) as they walk to Arendelle Castle to see Elsa’s coronation.