In the headline of the sixth compilation volume of the manga written and illustrated by Soumatou, Shadows House, the production of an anime adaptation of the project was confirmed. The first promotional image will be revealed in the 48th issue of Shueisha’s Weekly Young Jump magazine, scheduled to be published on October 29. 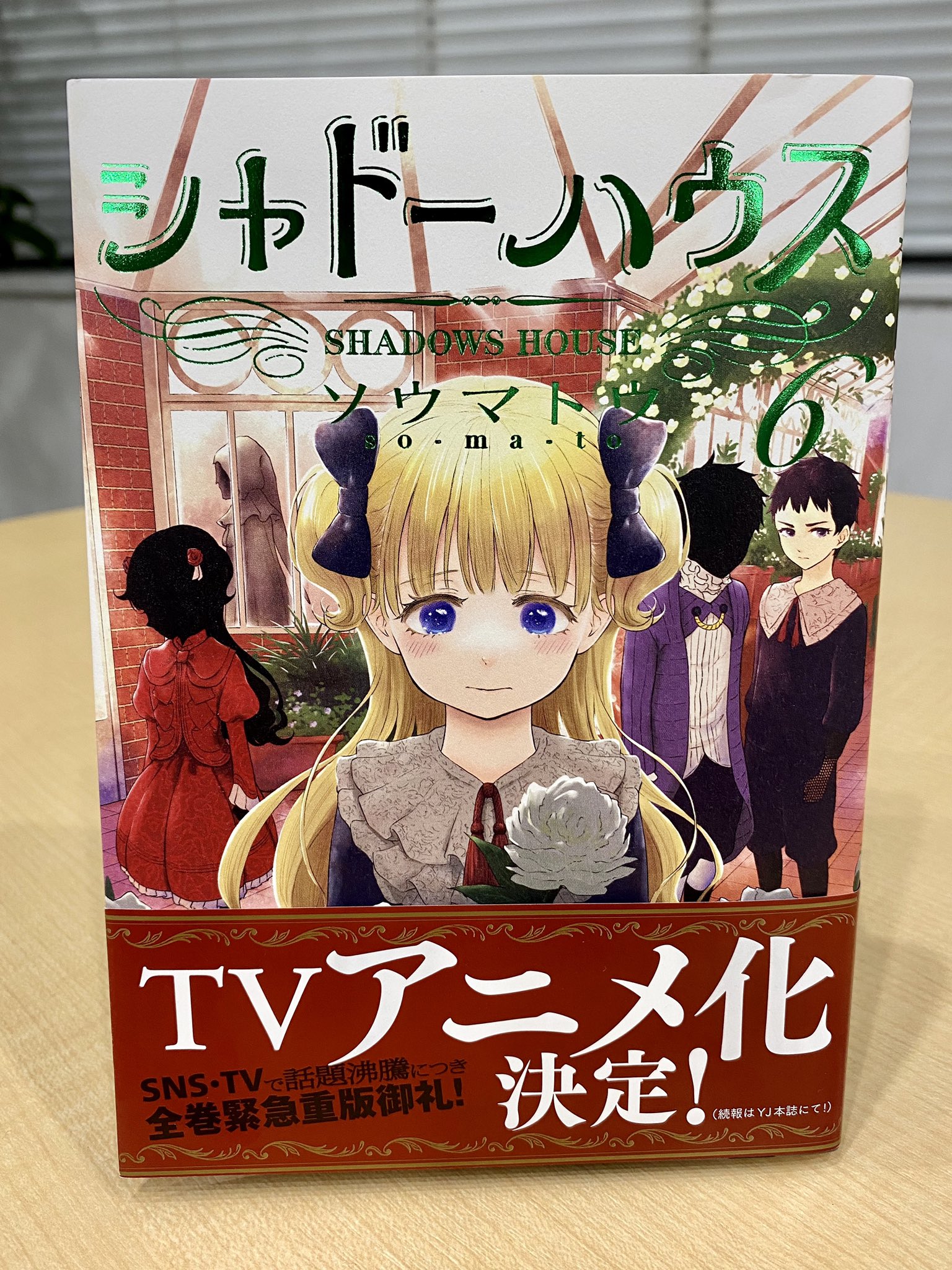 It should be mentioned that a few days ago the registration of an internet domain related to the franchise had already been reported, so, given the background with similar situations, the announcement of an anime adaptation was already hinted at in the best of cases. Additionally, the official announcement will be published in Weekly Young Jump magazine on October 22.

On the other hand, Soumatou has been publishing the manga in Shueisha’s Weekly Young Jump magazine since September 2018. The publisher published the fifth compilation volume on June 19, and will publish the sixth on October 16 in Japan.

Residing in a strange western-style mansion, a faceless shadow house, and the “living dolls” that care for them… What is the mysterious life they share and what are the true ties that bind them together?