On the official site for the animated adaptation of the manga written and illustrated by Hajime Musashino, Shakunetsu Kabaddi (Burning Kabaddi), the distribution information for the compiled Blu-ray packages was posted. This information confirmed that the series will have a total of twelve episodes. 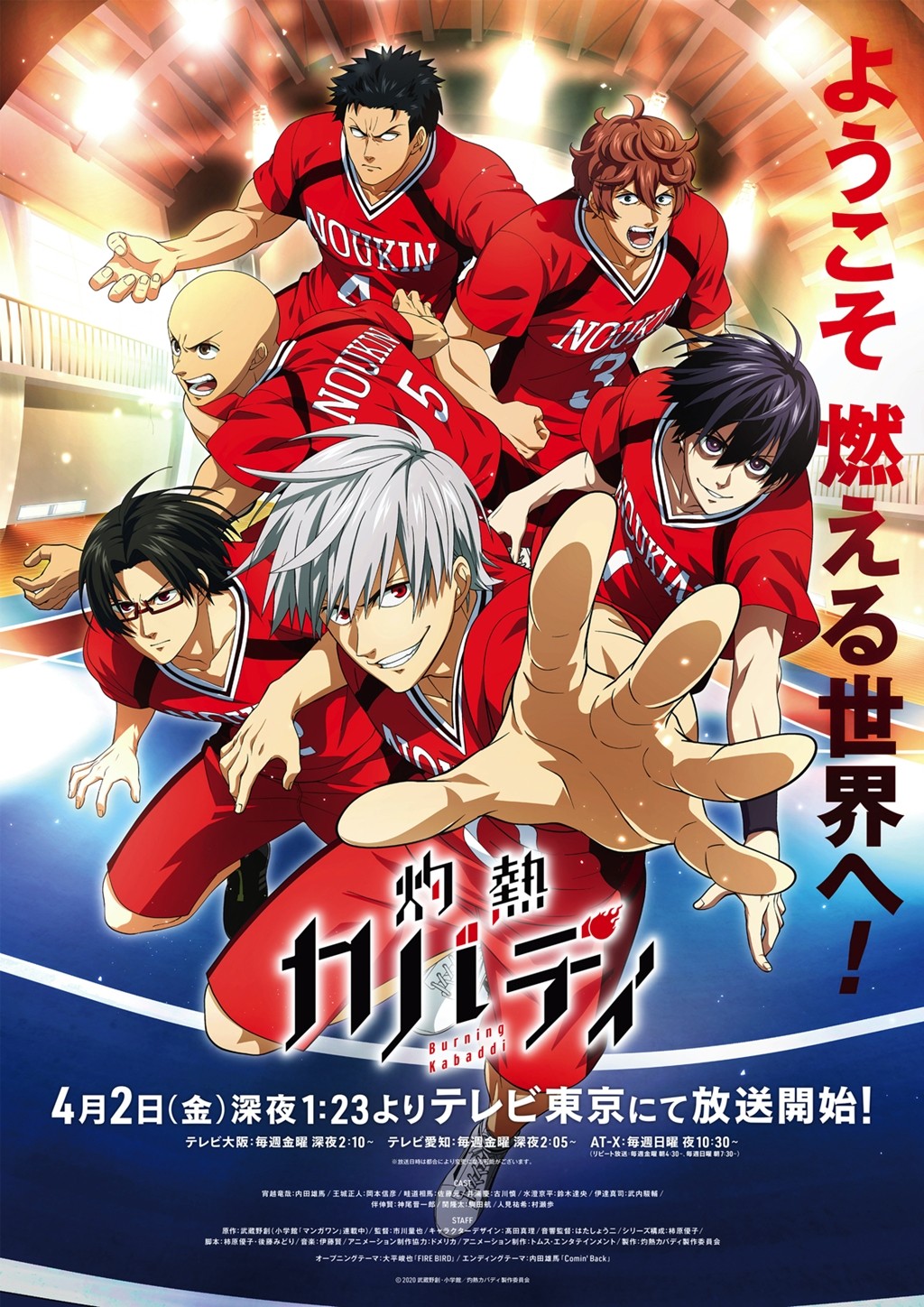 The series has been broadcast in Japan since April 2, and no platform announced its distribution to the West. For his part, Hajime Musashino began publishing the manga in Shogakukan publisher’s Ura Sunday web magazine since 2015. The publisher published the fifteenth compiled volume on October 12 in Japan.

The story begins when a kabaddi high school club recruits former high school soccer team ace, Tatsuya Yoetsu, who has now retired and hates the sport. Kabaddi is a popular sport in Southeast Asia that is even the national sport of Bangladesh. A player of the team must invade the opposing court and “capture” the players without breathing, the attacker will demonstrate the latter by singing continuously.