On the official site for the two-part animation project, Shin Tennis no Ouji-sama: Hyoutei vs. Rikkai – Game of Future, a new promo image was released for the production. 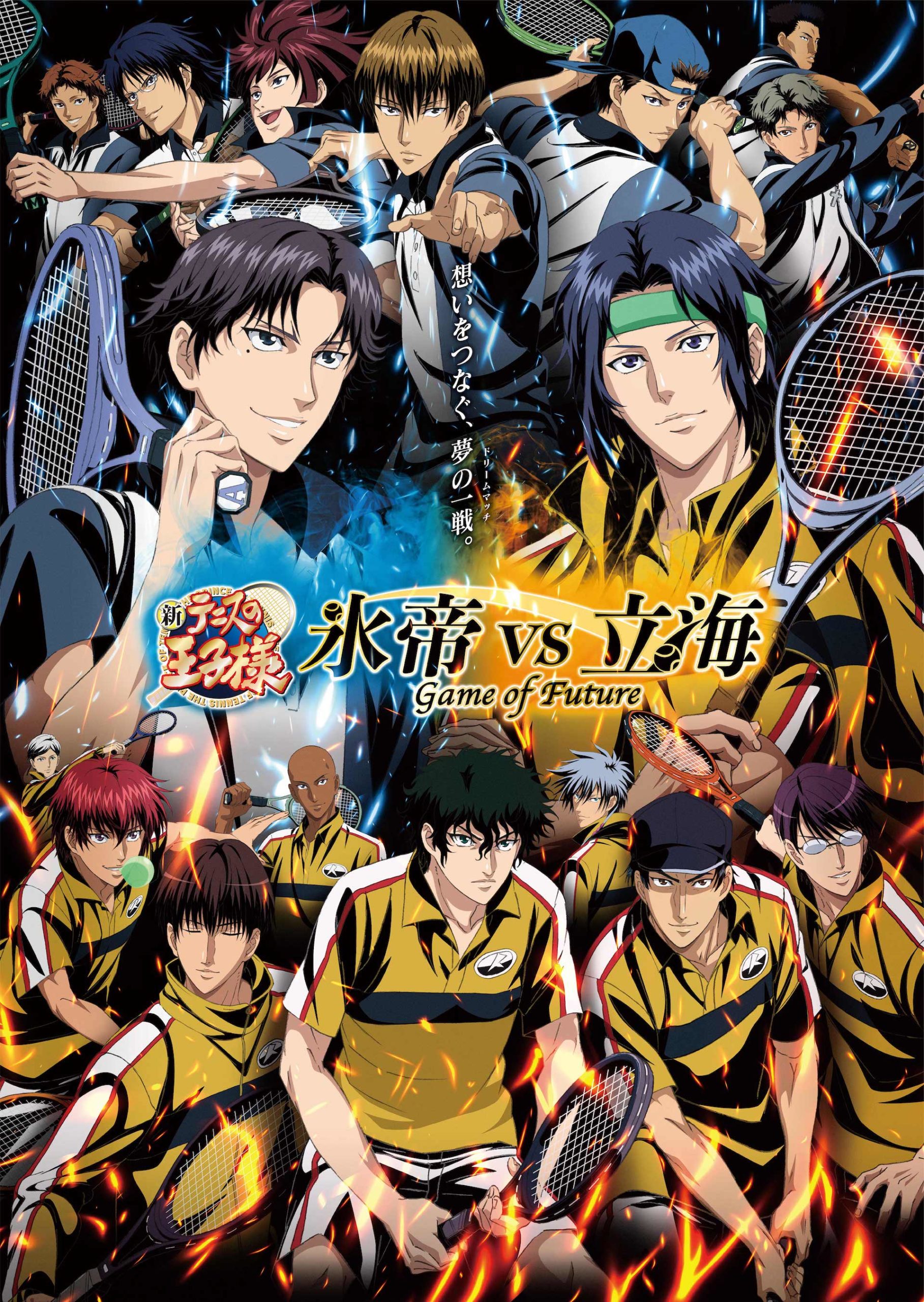 The premiere is scheduled for the spring season of 2021, with two parts that will represent “the before and after” in the history of this derivative project. Finally, the statement added that voice actor Junya Enoki will join the voice cast playing the character of Yoshio Tamagawa.

This new project will tell an original story, which will include a match between the Hyoutei Academy Secondary Department, led by Keigo Atobe, and the Rikkai University Affiliate Secondary team, led by Seiichi Yukimura. This story was never described in the manga.

Keiichiro Kawaguchi (ISLAND) is directing the anime at Studio KAI Studios and M.S.C. Studios.
Mitsutaka Hirota (Anime-Gataris, Nanbaka) is in charge of writing and supervising the scripts.
Akiharu Ishii (Blood +, Gunjou no Magmell) is in charge of character design.

It takes a lot to get to the top when talking about tennis. No one knows this better than Ryouma Echizen, a young tennis prodigy, and his teammates from Seishun Academy. It was only because they pushed themselves to the limit, spending countless hours preparing for each exciting match, that they managed to claim victory at the Japan National Tournament.

See also  Maou Gakuin no Futekigousha gets a second season

Thus, Shin Tennis no Ouji-sama begins with Ryouma and his teammates heading to the training ground of the U-17 National Team, after receiving a special invitation for their victory in the Nationals. The training ground is famous for producing strong tennis players, so the guys at Seishun Academy aren’t eager to take their game to a new level. However, not everyone is happy to have them in their ranks, and they will have to endure intense training to prove that they belong to the best players of their generation.

Train riders in US held up phones as woman was raped, police say
9 hours ago

No major injuries after plane runs off Texas runway, burns
9 hours ago