Following the broadcast of the sixty-fourth episode of the animated adaptation of the manga written and illustrated by Hajime Isayama, Shingeki no Kyojin (Attack on Titan), or also the fifth of Shingeki no Kyojin: The Final Season (Attack on Titan: Final Season), the franchise became a global trend for several hours. This was reported by the GetDayTrends portal after the episode “Declaration of War”, which was characterized by reunions, revelations and a long-awaited phrase: “I will continue to advance … until I crush all my enemies.” 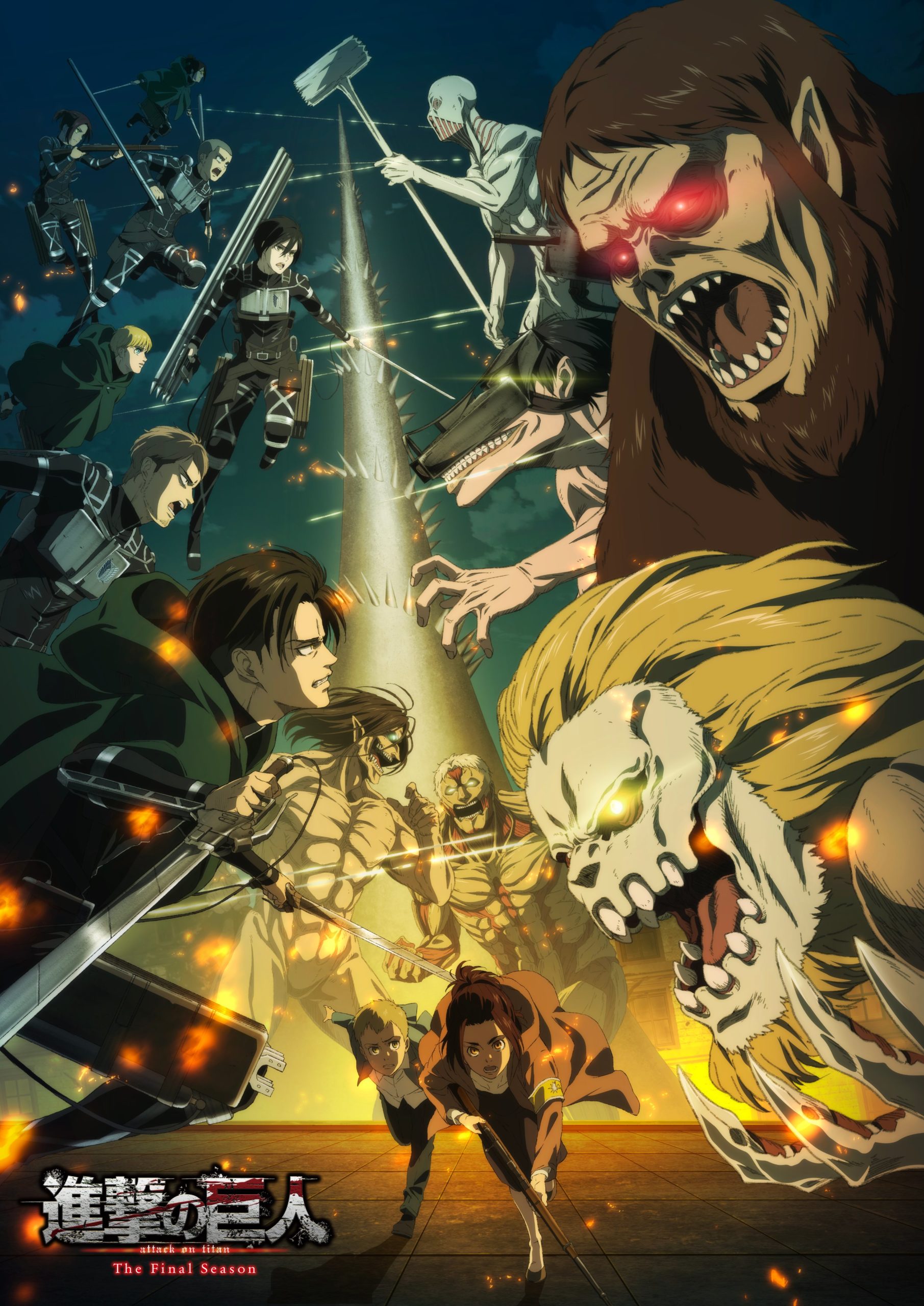 On the other hand, this final season premiered in Japan on December 7 and is confirmed with a total of 16 episodes that will be broadcast continuously. The platforms Crunchyroll and Funimation are in charge of the distribution of the series in Latin America, with the second also offering dubbing into Latin Spanish, although limited to Mexico and Brazil.

Yuichiro Hayashi (Dorohedoro, Kakegurui) is directing the anime at MAPPA studios.
Hiroshi Seko (Ajin, Vinland Saga, Mob Psycho 100) will be in charge of writing and supervising the scripts.
Tomohiro Kishi (Dorohedoro, 91 Days) is in charge of character design.
Hiroyuki Sawano will be in charge of composing the soundtrack alongside Kohta Yamamoto (Ao no Exorcist: Kyoto Saga).
The opening theme will be performed by Japanese band Shinsei Kamattechan (Opening of Denpa Onna to Seishun Otoko, Ending of Shingeki no Kyojin Season 2) and will be titled “My Last War”. The closing theme will be performed by the Japanese singer Yuuko Andou (No previous participation) and will be titled “Shock”.

However, one fateful day, humanity remembers once again its fate when a gargantuan sixty-meter titan appears before the first row of walls that protect humans from their most fearsome enemy. Thus, Eren, Mikasa and Armin lose their home and all hope as our protagonist takes an oath: his goal in life will be to destroy all the titans. In this way, a story of survival and war begins in which its characters must unravel the mystery behind the existence of these horrible beings.

Dr. Stone: Stone Wars anime will have 11 episodes
22 hours ago