On the official Twitter account for the animated adaptation of the light novels written by Tone Koken and illustrated by Hiro, Super Cub, a special illustration was shared to commemorate the broadcast of the seventh episode of the series. The illustration stars the character Shii Eniwa, who debuted in this episode, and was done by Kanitan, who is in charge of the manga adaptation.

It should be noted that the artist has previously shared illustrations to celebrate the broadcasts of the previous episodes of the series.

On the other hand, the series has been broadcast in Japan since last April 7 and is confirmed with twelve episodes, while the Funimation platform is in charge of its distribution in the West. Koken and Hiro have published the light novels through Kadokawa Publishing’s Sneaker Bunko imprint since May 2017. A manga adaptation by Kanitan has been published through Comic Newtype magazine since December 2017. 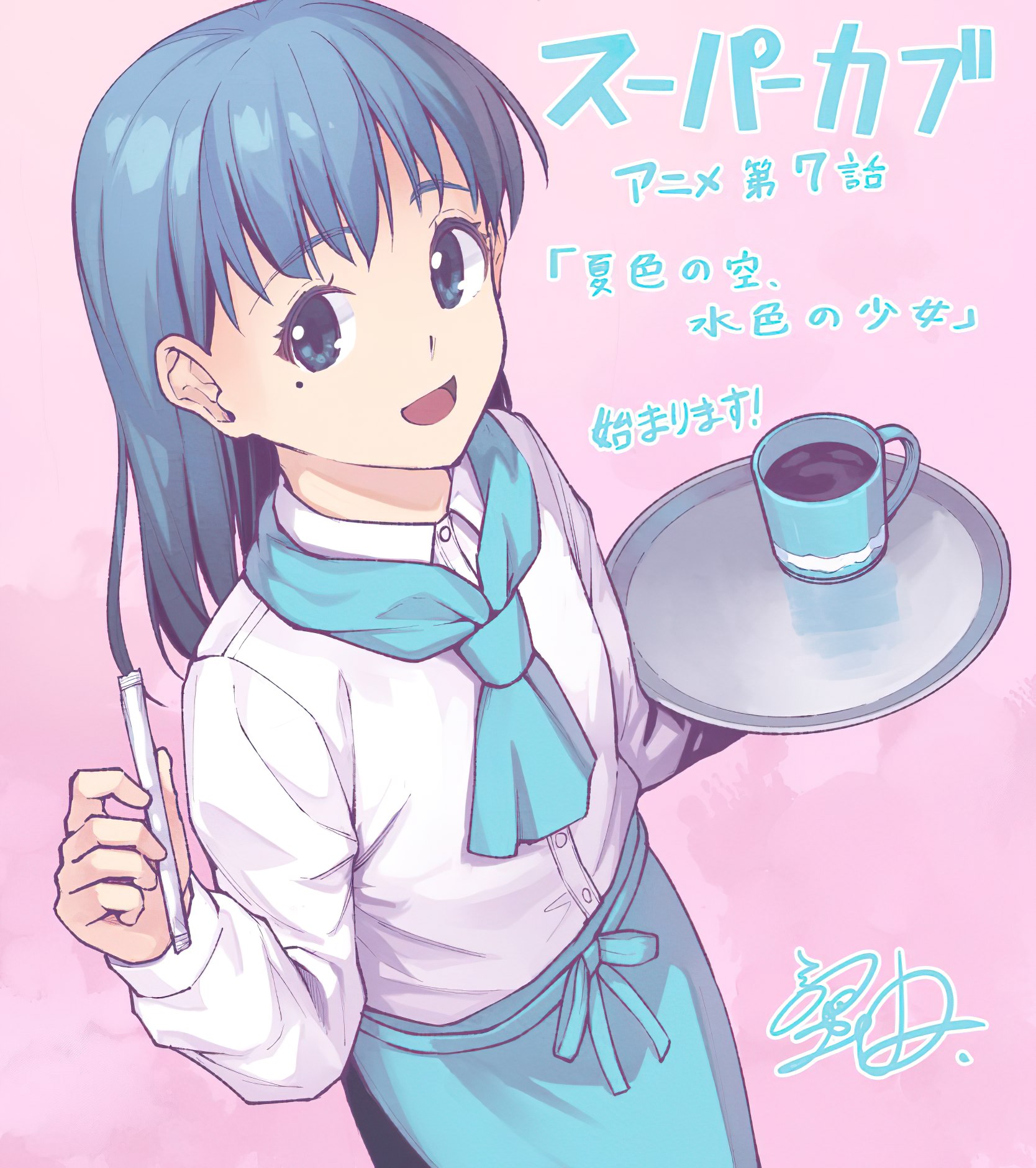 The story centers on Koguma, a high school girl in Yamanashi. She has no parents, friends, or hobbies, and her daily life is empty. One day, Koguma gets a used Honda Super Cub motorcycle. This will be her first time riding a motorcycle to school. Running out of gas and avoiding a crash become a small source of adventure for Kagura’s empty life. She is satisfied with her new life, until her classmate Reiko tells her that she also has a motorcycle.