Bandai Namco Entertainment announced the release of a special episode of the Tales of Crestoria smartphone game. The episode is produced by Kamikaze Douga studios and will run for fifteen minutes.

The episode, titled “Tales of Crestoria: The Wake of Sin”, will establish the starting point for Kanata and Misella, on their journey marked by their sins. Finally, the premiere is scheduled for October 18 on the project’s YouTube channel.

On the other hand, the game was released for iOS and Android devices on July 16 globally, after having been delayed multiple times. As part of this delay, Tales of Crestoria features voice acting for the main story, as well as cutscenes presented through illustrations and “various other additions.”

The game is free with some purchases available from an internal store. Pre-registration to participate in the beta test of the game was available in Japan, and all players will receive rewards depending on the number of registrations made. 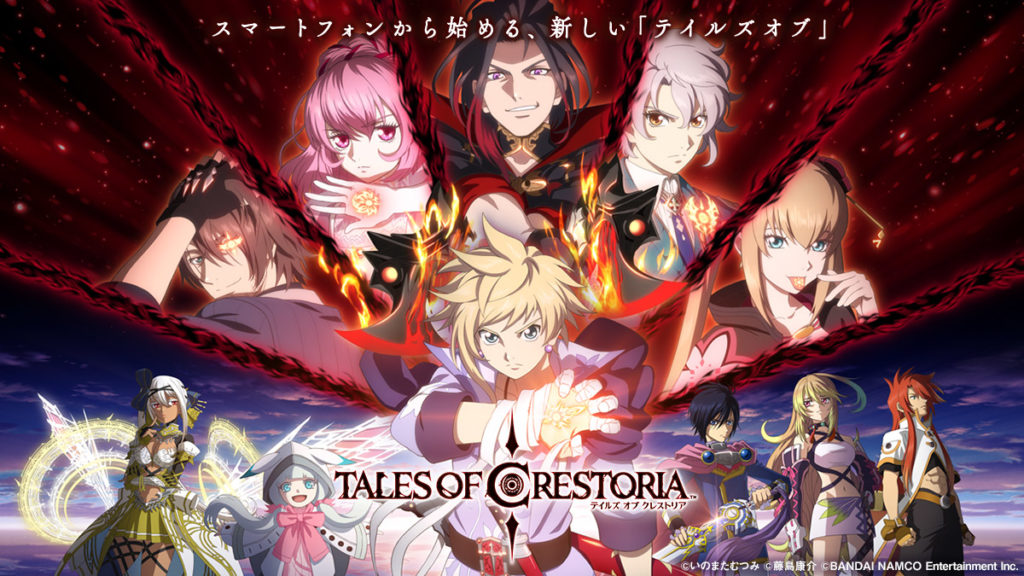 In the world of Kanata, all citizens wear “truth orbs”, which allow them to be convicted by popular vote if they commit a crime. Kanata is the only son of the respected leader of a village who runs an orphanage, and has strong ties to Misella, a girl under his care.

One fateful night, tragedy falls on Misella, and Kanata commits a great sin to save her. In desperation to stop Kanata from committing the taboo, Misella is also categorized as a sinner. Now, both being persecuted, they must choose between possessing their sin or letting their sin possess them.