On the official Twitter account for the anime adaptation of the light novels written by Aneko Yusagi and illustrated by Minami Seira, Tate no Yuusha no Nariagari, a promotional video for the second season of the project was posted.

The statement confirmed that the premiere of this second season is scheduled for 2021, and also revealed a new promotional image. 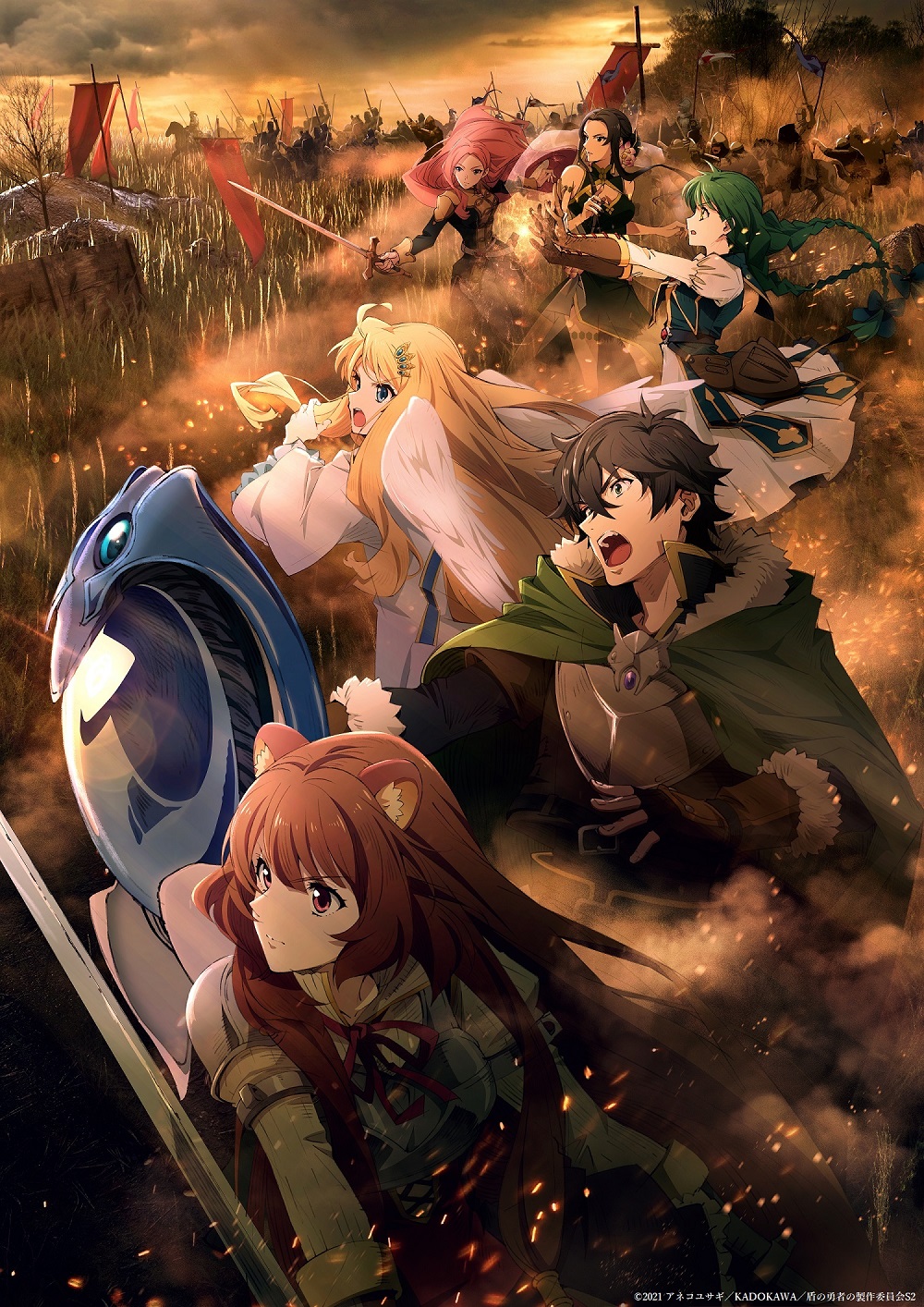 For her part, Aneko Yusagi began publishing the novels on the Shousetsuka ni Narou website in 2012 and ended it in 2015. Subsequently, the Media Factory publishing house began its publication on paper with illustrations by Minami Seira in August 2013 , and the publisher published the twenty-second volume in June 2019. The manga adaptation is published in Media Factory’s Monthly Comic Flapper magazine and is written by Aiya Kyuu.

Masato Jinbo is directing the anime at Kinema Citrus Studios.
Keigo Koyanagi is in charge of writing and supervising the scripts.
Masahiro Suwa is in charge of character design and animation direction.

Tate no Yuusha no Nariagari Synopsis

Naofumi Iwatani, an uncharismatic otaku who spends his days in games and manga, suddenly finds himself summoned to a parallel universe. Discover that he is one of four heroes equipped with legendary weapons and is tasked with saving the world from its prophesied destruction as the Hero of the Shield, the weakest of heroes. But not everything is what it seems, Naofumi is soon alone, penniless and betrayed. With no one to turn to and nowhere to go, only his shield remains. Now, Naofumi must rise to become the legendary Hero of the Shield and save the world!