On the official site for the anime adaptation of Liber Entertainment’s smartphone game, A3 !, a new promotional image for the second half of the series, titled A3! Season Autumn & Winter. The image presents the members of the “Winter Troop”. The statement also revealed that this series will premiere on October 12 in Japan. 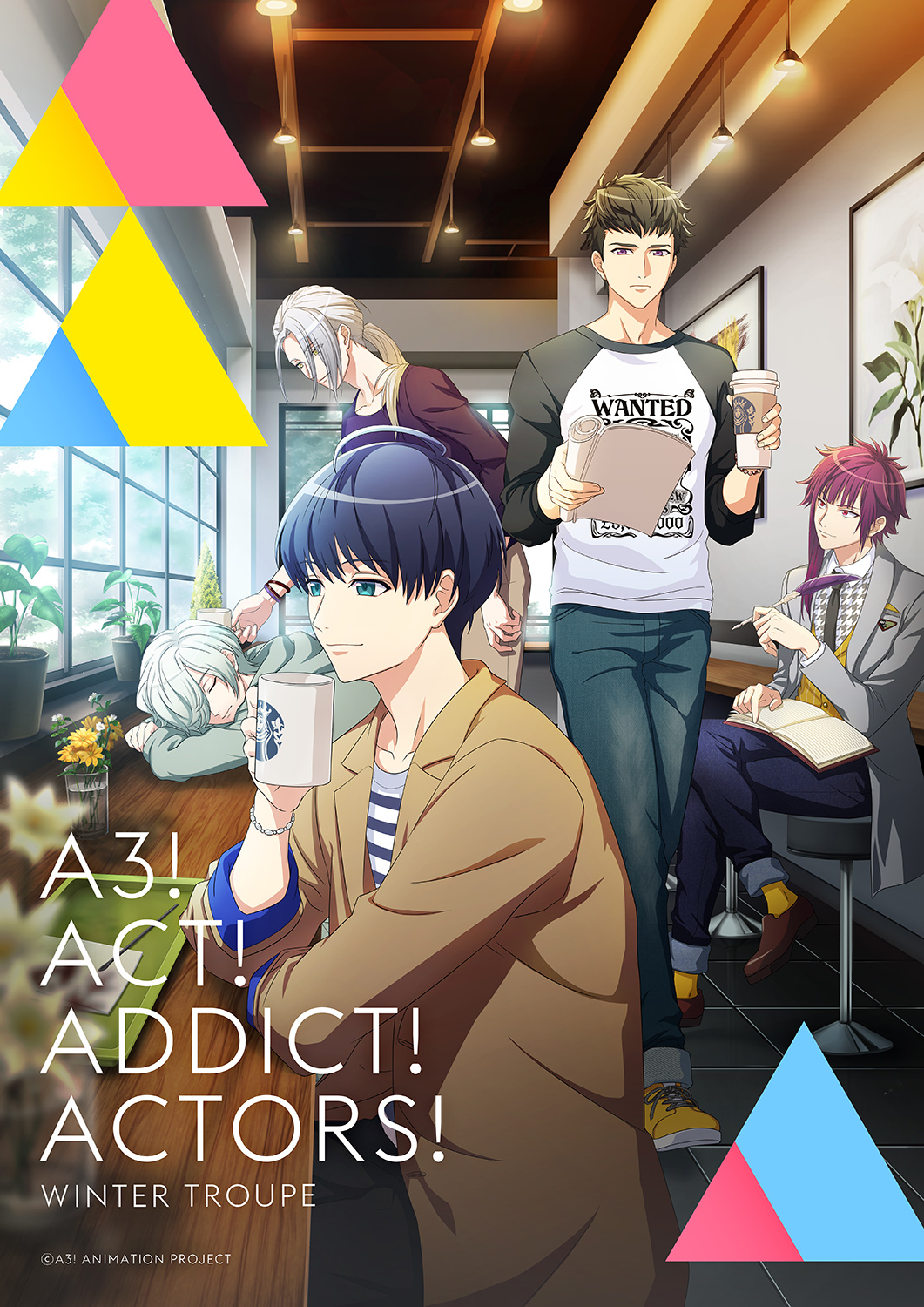 For its part, the first half of the series, titled A3! Season Spring & Summer, premiered on January 13, but delayed the broadcast of the fourth episode and later indefinitely because production had been interrupted by the COVID-19 pandemic in Japan. Subsequently, the anime restarted its broadcast from the first episode on April 6.

Keisuke Shinohara (Black Fox) is directing the anime at P.A.WORKS and Studio 3Hz studios.
Mariko Komatsu is adapting Ryo Fujiwara’s original designs and is serving as animation director.
Naomi Hayashi is in charge of series composition.

The otome A3 card game! Act! Addict! Actors! was released in Japan on January 27, 2017 for iOS and Android devices. Subsequently, in October 2019, it was released globally in English.

Synopsis of A3! Act! Addict! Actors!

The main character is a retired actress who, in a turn of events, becomes the director of a theater company in a tailspin. It will be your mission to save the Mankai Company and return it to its former glory by getting actors who manage to screen the public.

See also  This was the chaotic production of Wonder Egg Priority

But there is a problem, it only has one year and one presentation in each season of the year! Will these actors be able to shine on stage? The fate of the theater is in your hands!