On the official site for the anime adaptation of the spin-off manga written and illustrated by Kikuhitomoji, Guraburu !, it was revealed that the project has dated its premiere for next October 8 in Japan. 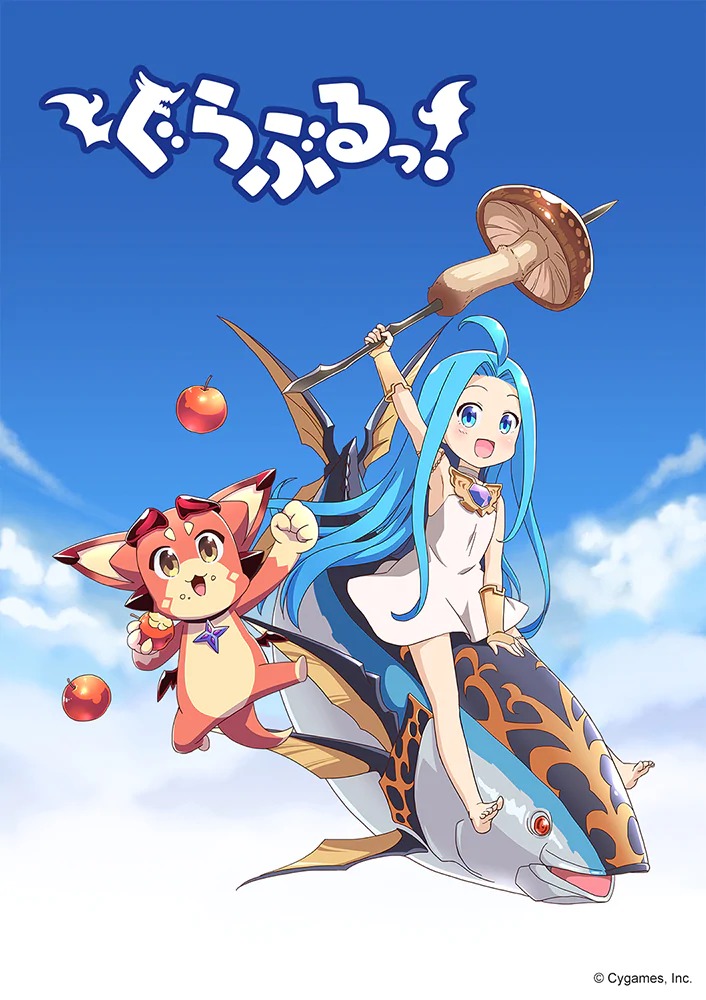 The manga has a spotty serialization on the official website of the Granblue Fantasy franchise with a weekly post. Kadokawa Publishing House has published eight compilation volumes to date, with the eighth published in November 2019.

Kenshirou Morii (Anime-Gataris, BanG Dream! Girls Band Party! Pico) is directing the anime at DMM.futureworks studios.
Kikuhitomoji, the original author of the manga, is credited with writing and supervising the scripts.
Artist so-shi is credited with character designs and animation direction.
Takatoshi Hamano is in charge of the sound direction.

This is a world in the skies, where many islands float in it. A boy named Gran and a talking winged lizard named Vyns live on Zinkenstill, an island full of mysteries. One day, they meet a girl named Lyria. She has escaped from the Erste Empire, a military government that tries to dominate the world with a powerful army, so Gran and Lyria head towards the skies, with a letter left by Gran’s father saying: “I will wait for you in Estalucia, Isla of the Stars ”.