During the KADOKAWA Light Novel EXPO 2020 event, the production of a second season of the animated adaptation of the Hataraku Maou-sama! Light novels was announced. (The Devil is a Part-Timer!). The project will maintain the same voice cast, but did not reveal a release date.

A promotional image for this production was also revealed as part of the statement. 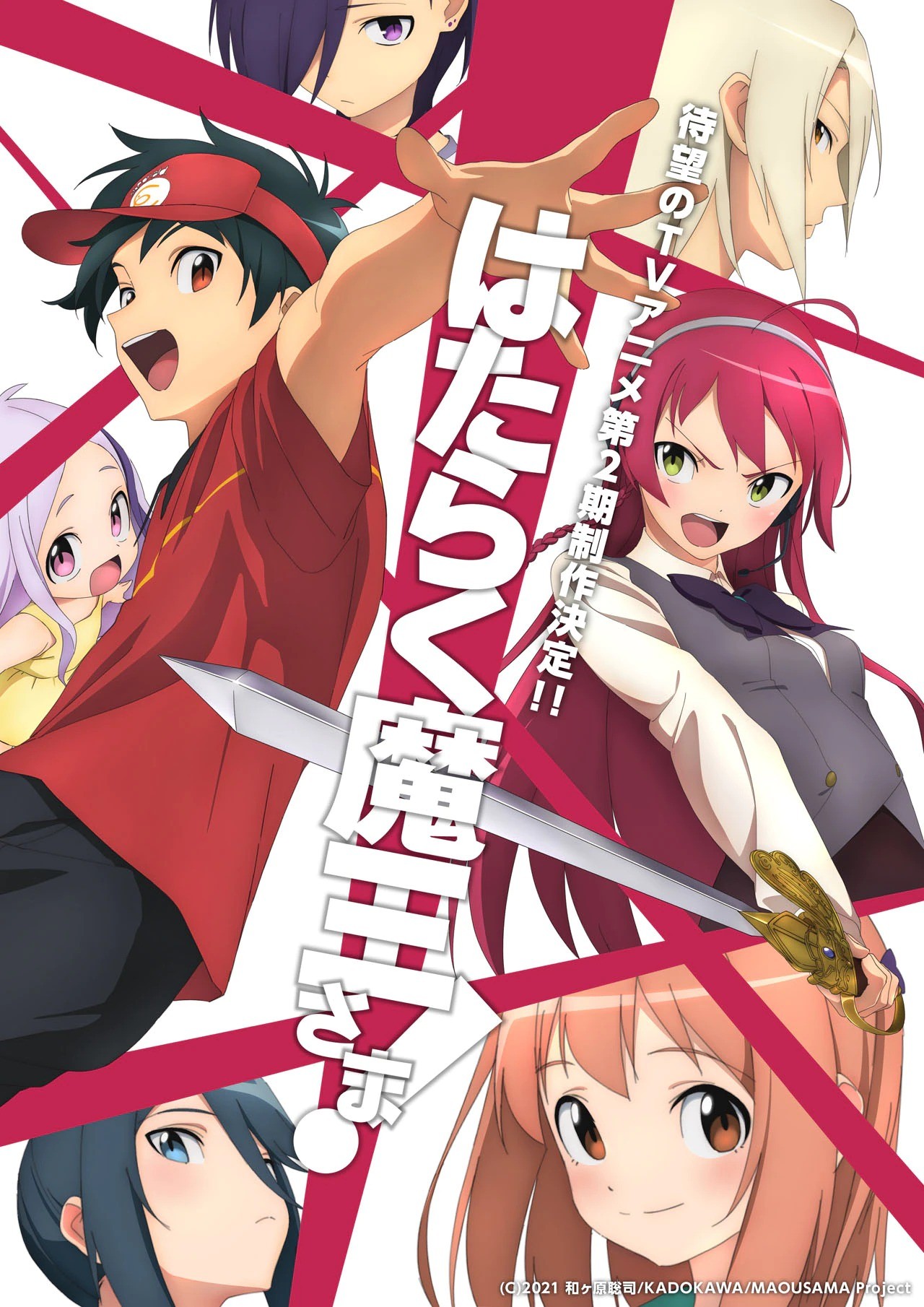 The light novels written by Satoshi Wagahara and illustrated by 029 were published through Kadokawa Publishing House Dengeki Bunko between February 2011 and August 2020, with a total of twenty-one volumes. A manga adaptation by Akio Hiiragi has been published since February 2012.

Ultimately, the play inspired a thirteen-episode anime adaptation produced by White Fox studios under the direction of Naoto Hosoda, and released in April 2013. This means that the project got a second season eight years after its original broadcast.

However, due to the absence of magic in the new world, both Satan and Alciel change their forms to humans. To survive, Satan takes a part-time job at the fast food restaurant “MgRonald”, while Alciel takes care of housework. One day, Satan (who is now named Sadao Maou) meets Emi Yusa, who turns out to be the heroine Emilia.