On the official site for the anime adaptation of the manga written and illustrated by Akane Shimizu, Hataraku Saibou, the cover of the first Blu-ray / DVD volume of the second season of the project was revealed, titled Hataraku Saibou !! (with two exclamation marks). 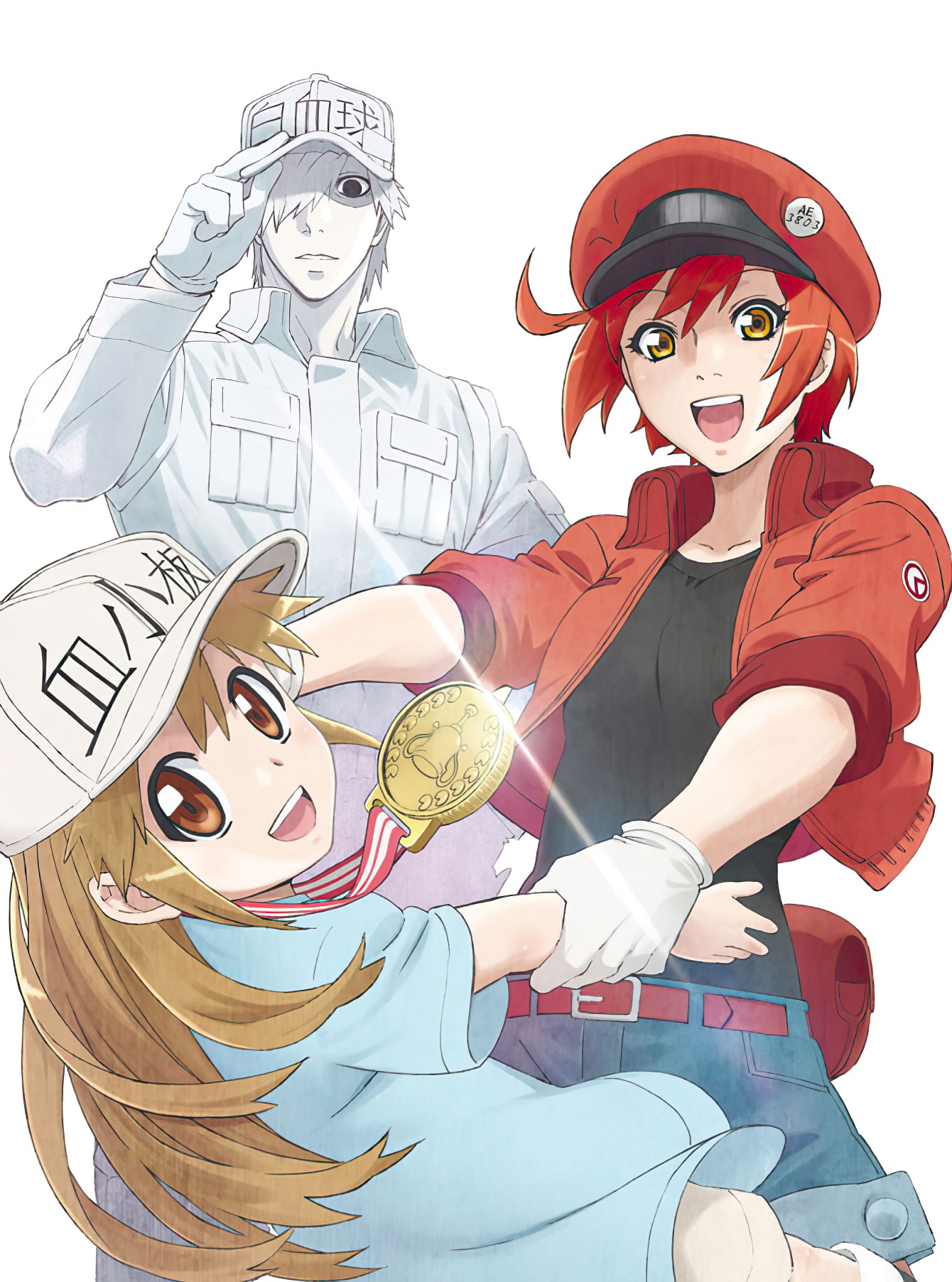 The series is scheduled to premiere in Japan on January 9, 2021. In parallel, the animated adaptation of the spin-off manga Hataraku Saibou Black, produced by another studio, will also be broadcast. For her part, Shimizu has been publishing the original manga in Kodansha publisher’s Monthly Shonen Sirius magazine since March 2015.

Hirofumi Ogura (Kuroshitsuji II, Null & Peta) is the new director for this second season at David Production Studios.
Yuuko Kakihara returns to write and supervise the series scripts.
Takahiko Yoshida returns to do the character designs.
Kenichiro Suehiro and MAYUKO return to compose the soundtrack.
The voice cast will perform the opening song titled “Go! Go! Saibou Festa! ”, While the musical duo ClariS will perform the ending song titled“ Fight !! ”.

This is a story about you. It is actually a story that unfolds within you. According to a new study, the human body is made up of around 37 trillion cells. These cells must work hard every day within a world that is actually your own body.

From erythrocytes carrying oxygen to bacteria fighting white blood cells, meet these forgotten heroes and the drama that unfolds within you! This is the strangest and most interesting story about the life of cells!

Alan Rickman's diaries to be published as a memoir in 2022