On the official site for the Love Live! distribution information for the compiled Blu-ray volumes of the anime Love Live! Nijigasaki Gakuen School Idol Doukoukai. This also revealed that the series will have a total of thirteen episodes. 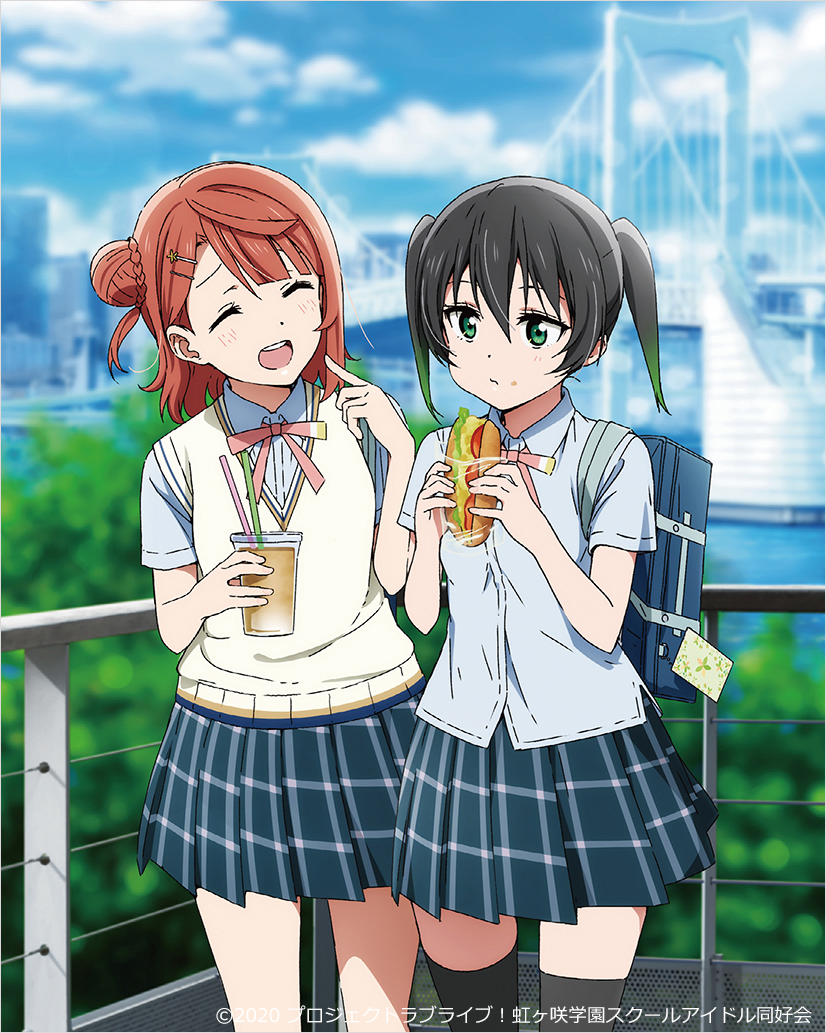 The series has been on air since October 3 in Japan. On the other hand, also known as Nijigasaki High School Idol Club for its English translation, it is a spin-off project of the Love Live! Franchise. These new idols were featured in the game Love Live! Perfect Dream Project and the voice cast were officially introduced during the Tokyo Game Show event, held on September 21, 2017. During that event it was also revealed that Love Live! School Idol Festival ALL STARS would be the official title of the Perfect Dream Project.

Hajime Hayate (the collective pseudonym for the Sunrise staff) is credited for the original idea.
Sakurako Kimino is also credited with the original concept, such as in the Love Live! School Idol Project.
Tomoyuki Kawamura (Binbogami ga !, Mitsuboshi Colors, Kamigami no Asobi) is directing the anime at Sunrise Studios.
Jin Tanaka (Yurucamp, Kirakira Precure a la Mode, Hachigatsu no Cinderella Nine) is in charge of writing the series scripts.
Takumi Yokota (Pupipou !, Mitsubishi Colors) is doing the character designs.

Nijigasaki Academy located in Odaiba, Tokyo, is popular for being a public school and for its various specialties. The story centers on the members of the Nijigasaki High School idol club, and their efforts to gain the approval and success required to prevent the club from being shut down.

Kaifuku Jutsushi no Yarinaoshi: popularity increases in Japan
20 hours ago

Gotoubun no Hanayome is preparing an original course?
22 hours ago